Salesforce.com declined sharply (-9%) after the announcement of the Slack acquisition. The software giant has an history of acquisition. As for these past deals, a negative reaction in the stock price of CRM has very much been the norm one week after the deal was announced.  While positive returns have come down to a coinflip one to three months later, in the times the stock has rallied the gains have been double digits. Additionally, six months out has consistently seen Salesforce higher with an average gain of over 20% - source: Bespoke
#Stocks 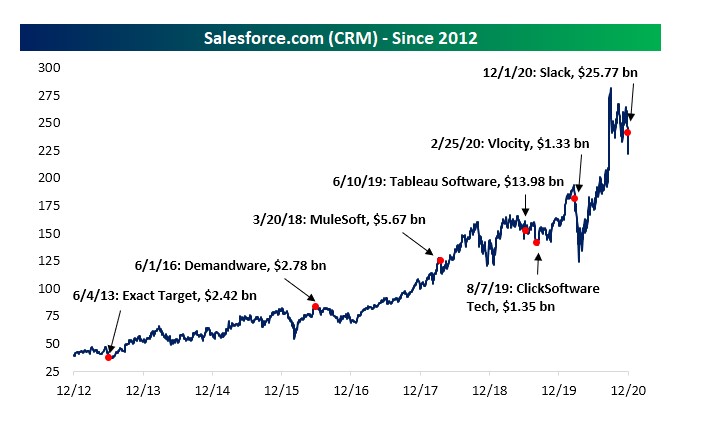