54 days ago • Posted by William Ramstein

''Israel has currently reached by far the greatest share of its population, having administered 1.37m jabs, or 15.83 doses per 100 people, since December 20th. Israel’s success is aided by its relatively small population and land size, as well as the unique structure of its health system. The United Arab Emirates comes in second with 8.35 doses per 100 people, followed by Bahrain (3.75), America (1.46) and Britain (1.39 as of December 27th)'' - The Economist 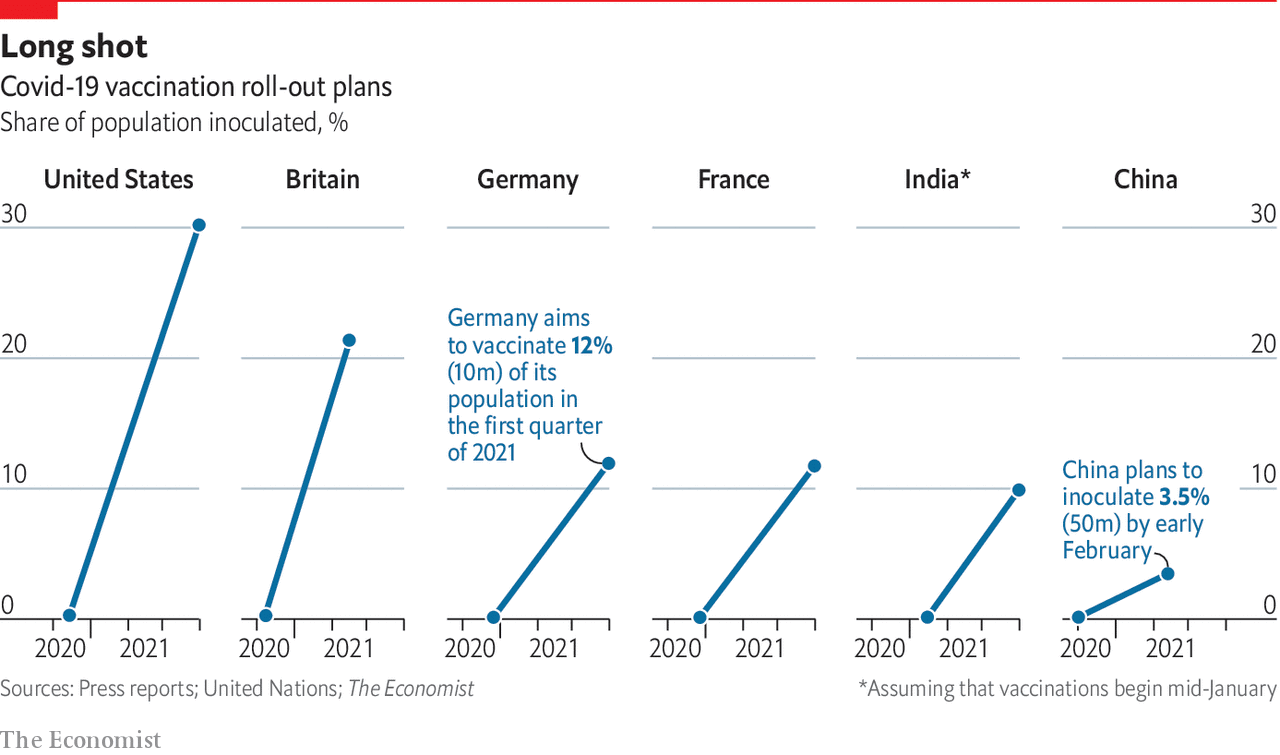