84 days ago • Posted by Martin Boujol

Veggie and Vegan in power

According to Statista, by 2040, 60% of meat products will be plant-based. While traditional animal meat dominates the market with $1'000 billion sales, with only $120 billion to vegan mean products and almost no cultured meat by 2025, these numbers are expected to change by 2040, with less than $800 billion for real meat, a little over $400 billion for vegan meat and $600 billion for cultivated meat. We've rarely seen such a switch in food consumption habits. 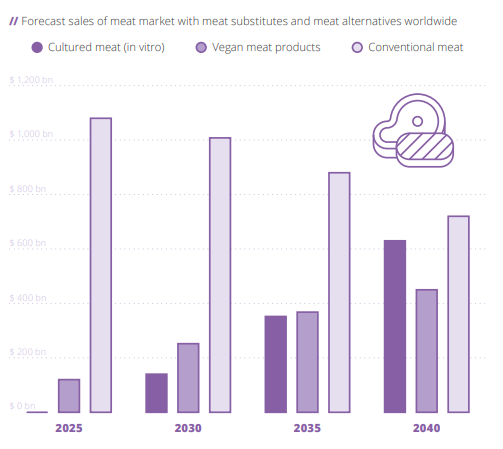