23 days ago • Posted by Martin Boujol

Which are Amazon's biggest acquisitions?

Recently, Amazon made its second biggest acquisition, snatching up the film production company MGM for $8.5 billion. Despite a too important price according to some analyst, Amazon's most expensive acquisition was Whole Foods, which they bought in 2017 for $13.7 billion. 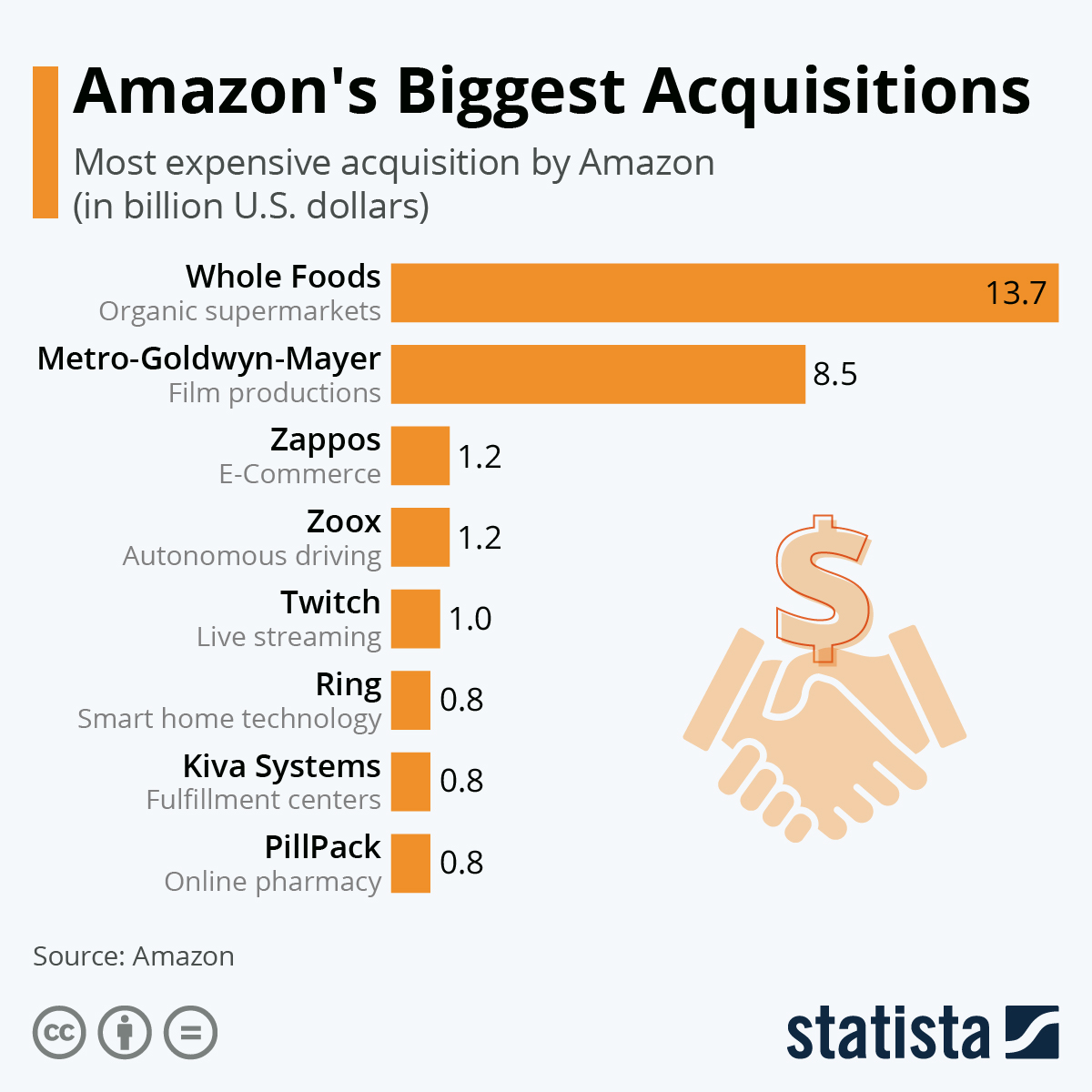