With $29 billion in volume on Day One, Coinbase (COIN) probably set an all-time record. Alibaba was $25 billion and Facebook was $23 billion.

- After setting its reference price at $250 overnight, Coinbase opened (via Direct Listing) at $381, implying a $100B valuation. It was then panic-bid above $429 - becoming bigger than Fidelity and Vanguard - before closing at $328 (implying a $85B Market Cap), which is a 31% gain from reference price (in line with previous direct listing such as Roblox);
-The so-called bitcoin-proxies such as MicroStrategy (-13%), PayPal (-3%), Square (-5%) and Tesla (-4%) were all down as investors prepare to rotate from those 'proxies' to COIN as a more direct proxy;
- Coinbase is now the most valuable exchange in the world;
- Cathie Wood’s Ark Invest loads up on nearly $250 million of Coinbase on first day of trading;
- A $100 billion valuation is reasonable for a disruptive, cutting-edge crypto firm, Manhattan Venture Partners says. Based on 2022's estimated figures, Coinbase will trade at ~11x sales and 27x EBITDA, they said. 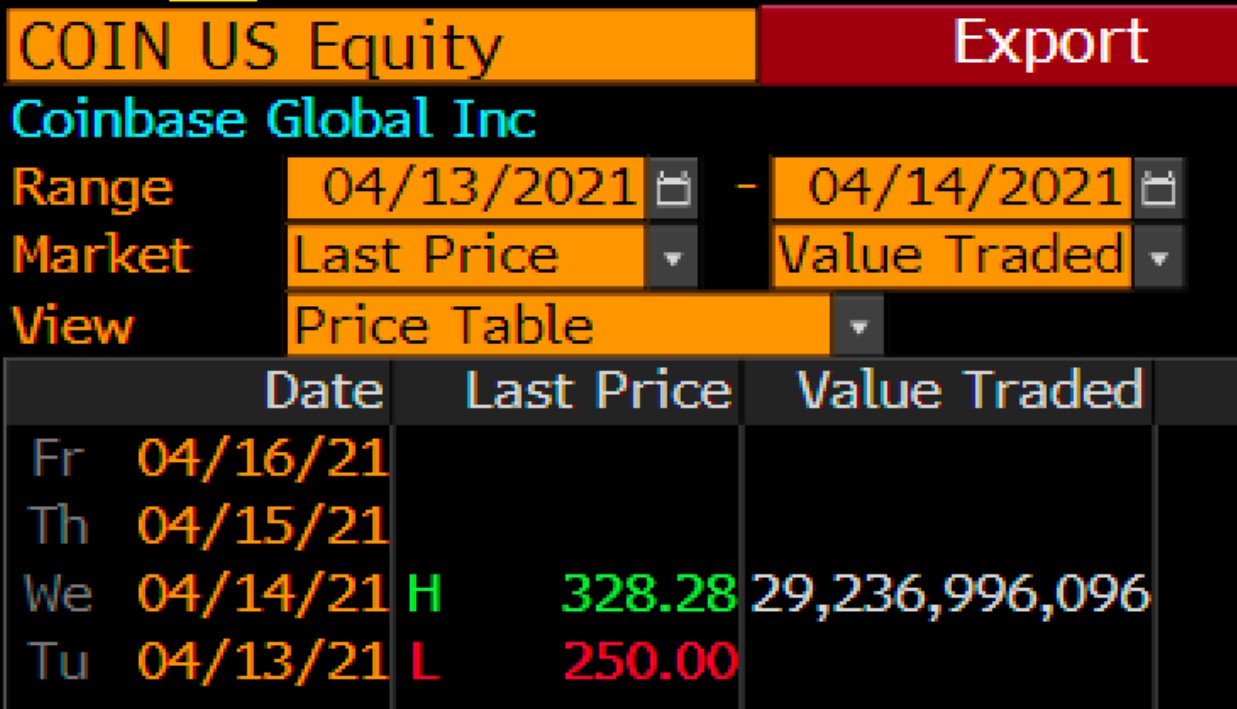