The massive short squeeze in some small cap American companies is spreading to Europe, with potentially bigger moves to come.

As is often the case, what happens on Wall Street quickly gets mirrored in The City and the other trading capitals of Europe. In this instance some of the least popular stocks among hedge funds have popped double digits, seemingly in response to the Reddit-fuelled short squeeze of stocks like GameStop (GME).

The table below lists out the 10 most-shorted European stocks as a percentage of the free-floating shares. For example in the case of Evotec, 17.4% of all the shares listed are being borrowed to sell the shares short.

The extent of the short interest is much lower than in the more extreme cases of US companies. GameStop now famously had a short interest of over 100% of its float - meaning more people were betting against the stock than for it. 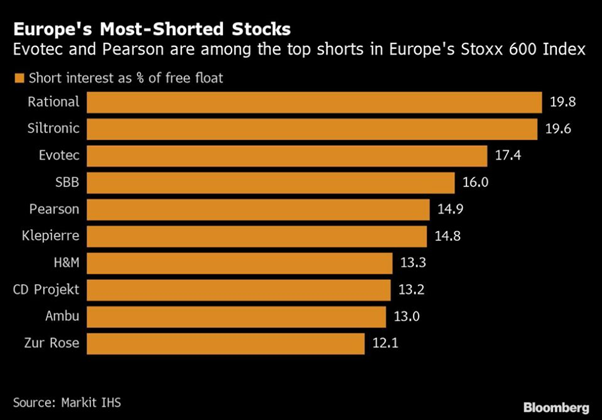 There has been a spike in some of the most shorted stocks, but the gains have been more substantial in some than others. UK publisher Pearson and German drug discovery company Evotec have led the gains, while gains in H&M have been more muted. 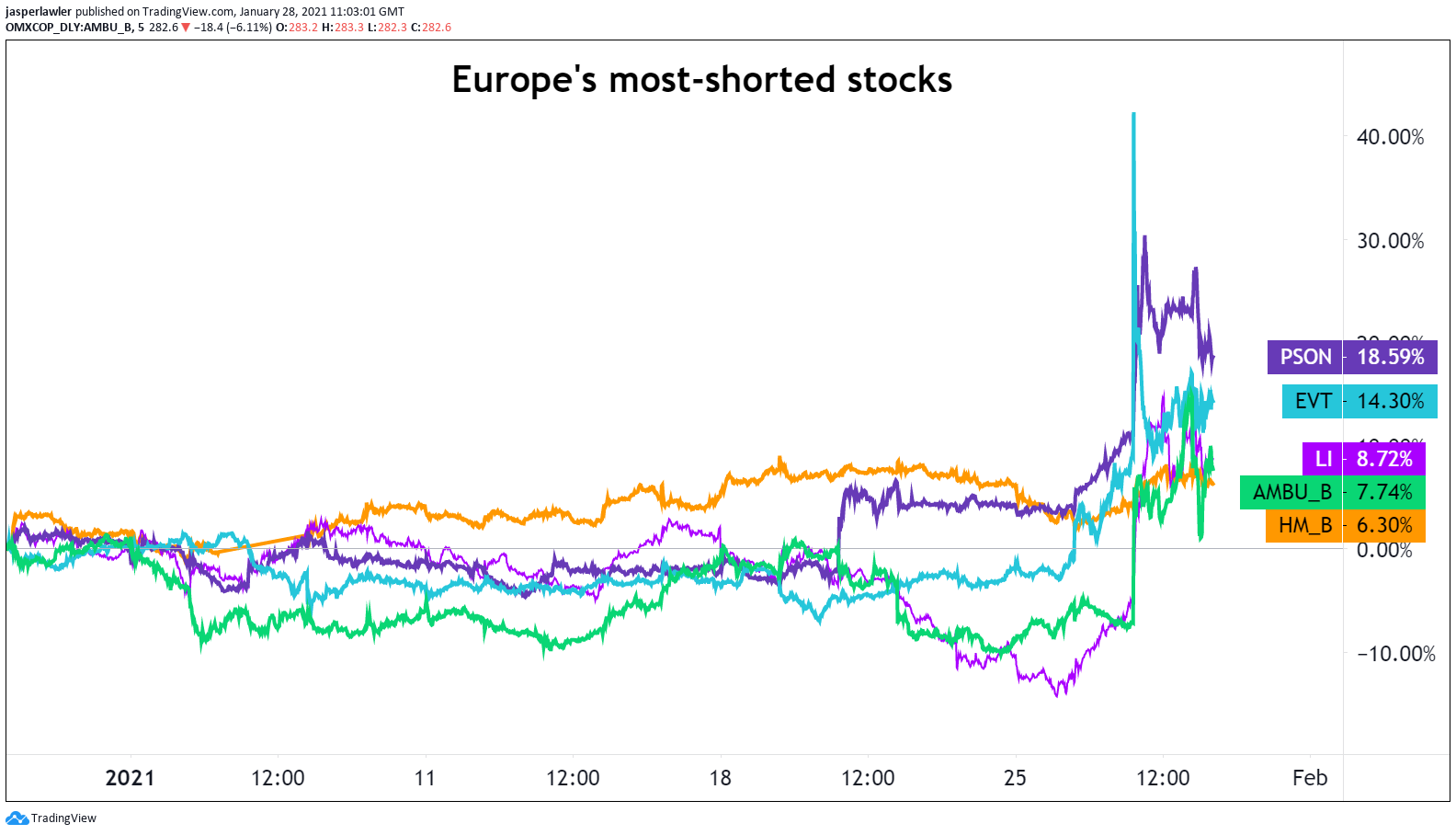 It seems Nokia (NOK) got caught up in the boom because of a video from Barstool sports host Dave Portnoy. It's a popular Reddit turnaround and 5G story but the short interest is much lower, although still there.

The strategy of day traders in the wallstreetbets chat group has been to use out of the money call options to make a combined gamma squeeze and short squeeze all in one. The affect of using options is to add leverage to the trades and give them extra buying power to move the stocks, of course assuming more risk by doing so. The use of call options led to the most active day in the options market ever this week.

The options trading activity was concentrated in both the most popular retail trading stocks as well as the most-shorted. 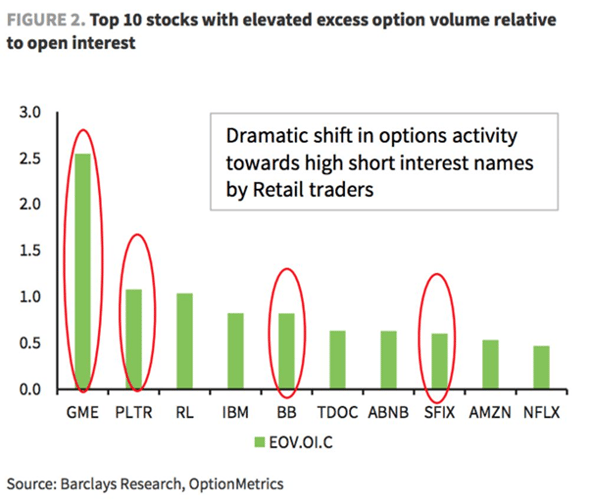 The same jump in options activity is not so apparent in Europe, likely in part because neither US nor European retail investors have the same ease of access to leveraged products like options on European stocks. Data collected by FIA shows Europe falls way behind the US and Asia in derivatives trading in products like options and futures.

Next in the European short squeeze

The gains in Europe’s most shorted stocks so far appears to be institutional investors voluntarily short covering rather than being squeezed. Were European retail traders to join the fight or indeed the same US traders spread internationally, then the resulting short squeeze could push stocks in Europe higher.

It is likely Europe will continue to take its lead from the United States, meaning that stocks on the top 10 most-shorted list in Europe could move higher if the short squeeze continues in the United States. Using GameStop as an example, despite some high-profile hedge funds exiting their short positions, the net change in short interest as percent of market cap is almost unchanged on the week.

That means the squeeze could have much further to go because many short sellers appear to be holding on, likely sitting on huge paper losses that at some point they might need to realise by buying the shares back and exiting the trade. Whether the squeeze continues or not will depend on the conviction and buying power of the US retail traders. Some online brokers are blocking new trades in the most volatile stocks and there is always the chance of a warning from regulators like the SEC over possible market manipulation.