Amazon next for a stock split ?

The flavour of the day in these unusual times is pushing up stocks like Apple and Tesla after they announced a stock split. Is Amazon next in line?

A stock split is when a company divides the existing shares of its stock into multiple new shares to boost the stock's liquidity. Although the number of shares outstanding increases by a specific multiple, the total dollar value of the shares remains the same compared to pre-split amounts. (source: Investopedia)

Shares of Amazon are trading at approximately $3500. If the cost per share is the determinant of whether a stock split is needed, Amazon is in much greater need than either Apple of Tesla, which were priced at $500 and $200 respectively when they announced stock splits a month ago.

Stock splits are not supposed to be a big deal because they don’t change the fundamental value of a company. BUT in today’s bubble-like trading environment, the news has helped propel the shares of companies that announced them markedly higher.
Tesla has rallied 70+% since its stock split announcement while Apple has gained circa 35% since its own plans for a split were made public. By the same logic, Amazon shares could play some catchup if it were to announce its own split.

A 35% rally in Amazon shares, matching the move in Apple after the split announcement would take the share price (pre-split) to $4,700. 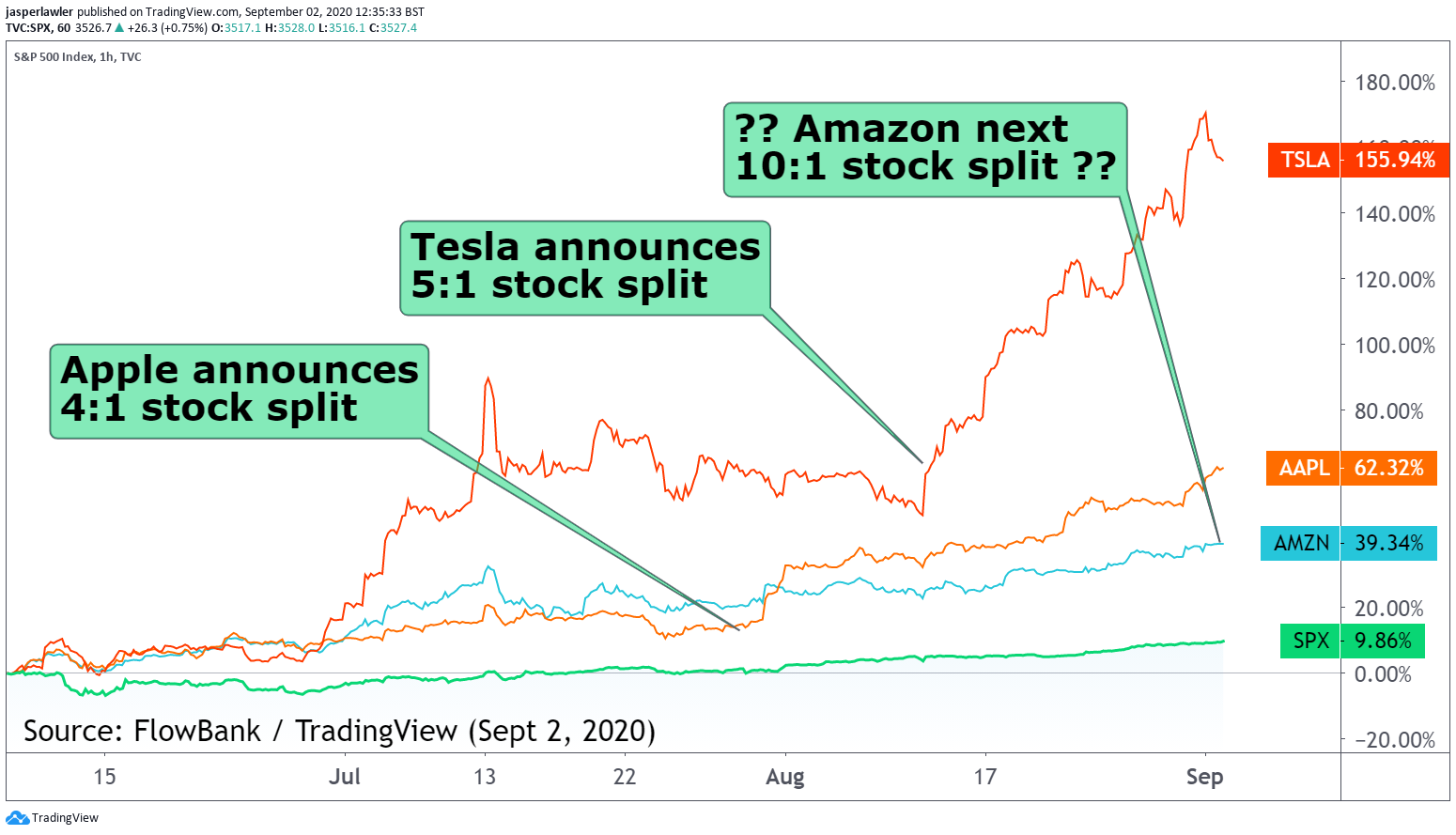 It’s hard to find many Wall Street analysts will a sell guidance on Amazon, which has become ubiquitous in modern, online and covid-19 life. One reason might be to fade the huge price momentum since March but the even bigger gains in Apple and Amazon dampen that argument.

The second question is whether retail investors (Robinhooders) get wise to the fact that the stock splits don’t add value- and whether big institutional traders are preparing to sell the irrational exuberance. One can imagine a scenario where if Amazon were to announce a stock split and the shares didn’t rally like Apple and Tesla, it could open up a wave of uncertainty that pulls the shares lower. 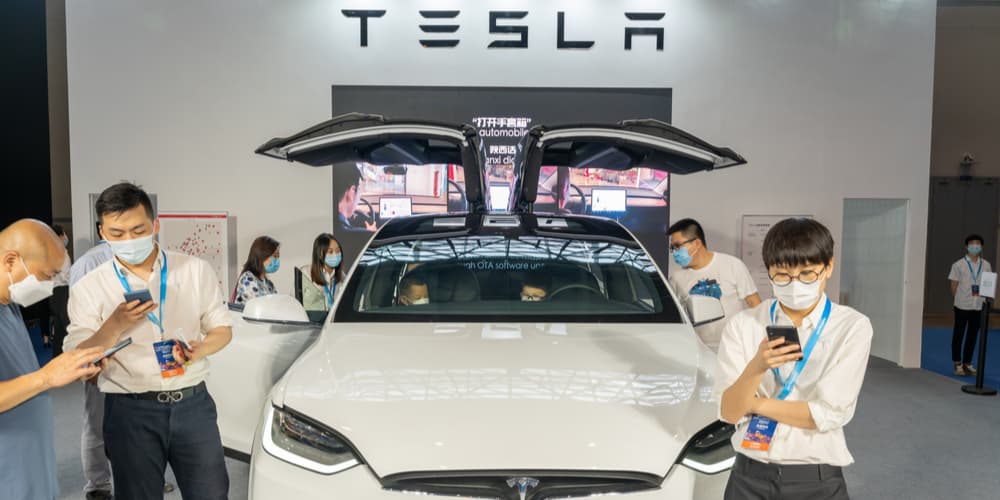 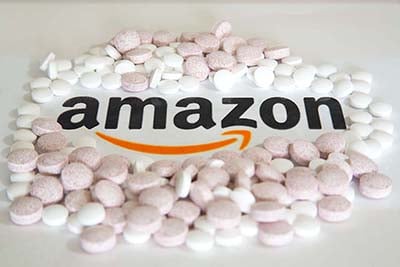 Jeff taking on yet another sector: Amazon Pharmacy 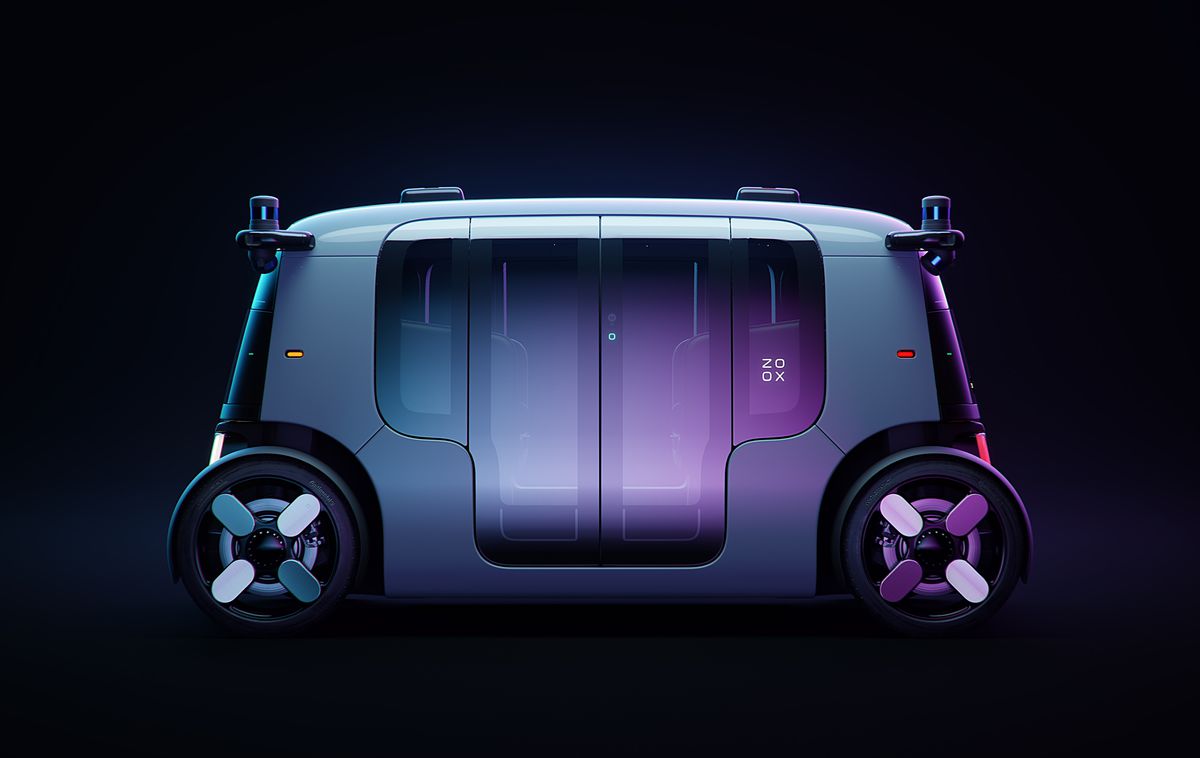