The farming start-up recently announced it would go public through a reverse merger with Novus Capital Corp.

Based in Morehead, Kentucky, AppHarvest is an operator and developer of high-technology, large-scale, efficient indoor farms. The central Appalachia areas, near the east coast of the US have amazing soil and are very rich in water, making it the perfect area to grow food. It also has the merit of being within a day's ride of 70% of the US population.

The company has very strong relationships with the Netherland’s leading agricultural and constructions firms as well as with top universities. As you may already know, the Netherlands are the world’s second largest agricultural exporter, right behind the US, due to a large network of controlled environment agriculture facilities. Such relationships allow the company to quickly get accustomed to the latest farming technologies.

What is indoor farming?

Growing food indoors is a very interesting and beneficial agricultural method. Indeed, by growing fruits and vegetables inside, one can forget about seasons and their various constraints, such as temperature, humidity or amount of sunlight. Not only that, but a working efficient farm can use up to 90% less water than a normal farm. The goal in the end, is to increase efficiency while creating a very resilient food source at the same time, that we can rely upon any time of the year. We also ought to mention on last number: the production yield is 30 times superior than a classical agricultural production. Convinced yet? 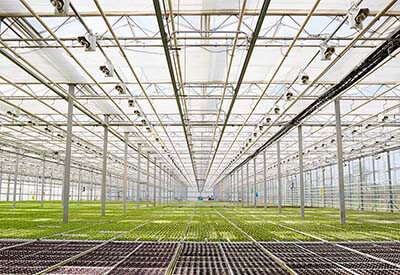 Do we really need more food?

Absolutely. According to many studies, if we follow the population increase and compare it with our food production capacity, the ends simply do not meet, as observed Jonathan Webb, CEO and founder of the AppHarvest: “The world needs 50% to 70% more food by 2050. Some are saying we would need two planet Earths to grow that food with the way we’re currently growing it today.” Despite world hunger slowly diminishing, we also have to keep up with more people every year.

The CEO has a very forward vision, with a certain idea of how food will be produced in the near future, that is, indoors. “In my lifetime, the way most power will come from renewables, most cars will be run on electricity, most fruits and vegetables in this world at scale are going to be grown indoors and in a controlled environment,” he added. “We simply do not have a choice.”

As we mentioned, AppHarvest aims to sustainably increase crop yields, improve access to nutrition throughout the world through its research, to grow non-GMO food and to build a consistent and resilient food supply in the US. They use less water, less light and have a much better yield than any other classical agricultural venture.

As of today, the company operates a 60-acre controlled environment facility and is one of the largest high-tech greenhouses in the world. Furthermore, the company is ready to roll out more large-scale facilities. They decided to focus on tomatoes first, as 60% of all tomatoes in the US are imported. The first crop should be harvested in early 2021. In addition to that, they’re building long-term distribution agreements in order to be present among the top grocers of the country.

Their location is also interesting. 70% of the US population is less than a day-drive away from the facility, which means that they can aim for much lower transportation costs in comparison with their competitors. The company also has a team of very experienced growers, with a vast knowledge of agriculture and sustainable agriculture.

This IPO will be much like many we have seen this year: the name is two unrelated words smashed together and the company is not profitable yet. Recipe for success? We will see!

“We are excited to transition AppHarvest to a public company and raise nearly a half a billion dollars in the process,” said Webb. They will not go public by themselves, however, but through a reverse merger with Novus Capital Corp. For those who may not be familiar with the concept of a reverse merger, it is basically what happens when a company wanting to go public merges with another already public company to get the public status of the company it bought or has merged with. This maneuver saves a lot of paperwork for all parties involved and is often much less expensive.

The company will go by the name of AppHarvest and will have its ticker changed. They will raise $475 million in financing, $375 million of which will come from private investment in public equity (PIPE, if you like fancy acronyms). The date remains to be confirmed, but we can expect this to happen in this quarter or early 2021 at the latest. Overall, the company will be valued at around $1 billion.

We want the consumers of our fruits and vegetables to be the owner in our company, be the advocate in marketing with us that is going to help drive agriculture forward here in America, stated CEO Jonathan Webb, this will allow us to pursue our mission of transforming agriculture. A mission that’s become even more important since the global pandemic exposed how a rapidly increasing reliance on imports jeopardizes food security. We now know that, to build a more resilient food system that meets our growing population demands, we must immediately start building controlled environment agriculture facilities, as these farms use far fewer resources to grow far more produce. We believe that this partnership with Novus Capital is a transformative transaction which will allow us to both rapidly scale our agriculture facilities, in pursuit of our goal to redefine American agriculture, and build the country’s AgTech capital within Appalachia. Together we can transform agriculture. 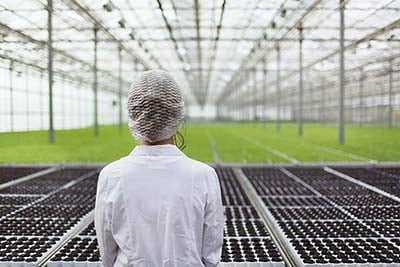