BHP is not pro ESG, it just has petroleum unit problems...

BHP buys itself a $5.7B dollar potash mine, and looks to rid itself of its oil-and-gas liabilities. The firm wants to go full-on mining and say goodbye to oil, but do not be fooled, this move is about efficiency, and not the environment.

A turning tide for mother earth? 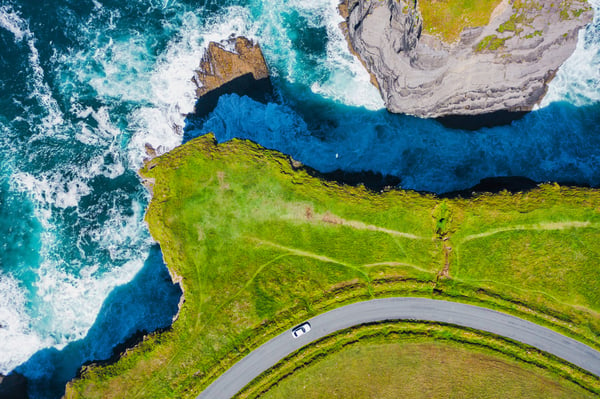 - Aerial view of a rising tide on an Irish cliff

Switching out gas-and-oil for more mining? It would seem not too stupid a decision to make, especially now a days with major corporate FOMO to get high ESG marks and continue making profits in future approved metals like cobalt, aluminum and pretty much any other EV-linked commodity imaginable. It makes sense politically, and it makes sense from a profit standpoint.

First, an aside about the mining world: Much like Big Tech or Big Tobacco, there are a few major players dominating the game at the top, and many smaller yet significant players below them. London is home to the top four biggest players in the mining world namely, BHP, Glencore, Rio Tinto and Anglo American. BHP sits at the top in terms of market capitalization with a figure of $180.45B in 2020 (that’s only 10% of Google’s market cap!) and second behind Glencore by revenues. 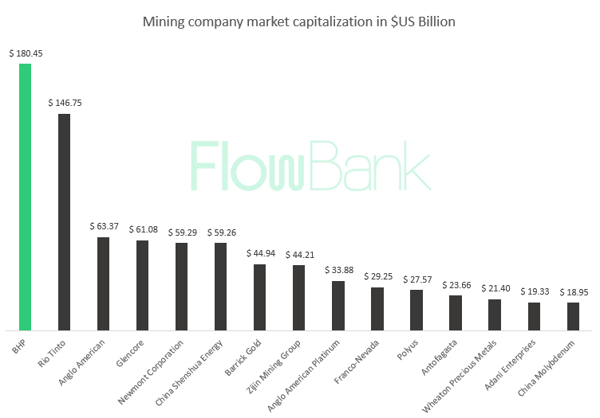 The mining industry exists on a massive scale despite its shy appearance relative to Big Tech. Coal and nonmetal minerals dominate the US mining industry, while China currently controls the world’s rare earth minerals. Cleary, London controls the rest.

Oil and gas extraction is one of the most economically significant sectors within mining operations although it is far too often considered to be a separate industry to mining, a separation made further clear by BHP’s decision to sell its oil unit. This leads us to the following question: is oil and gas extraction that economically significant to BHP? 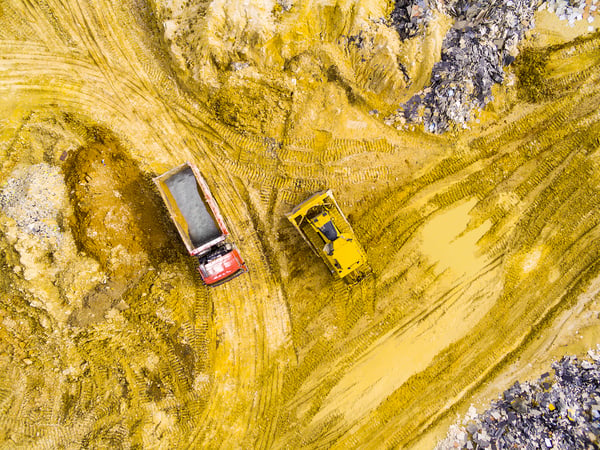 - Bird's eye view of a mine

So, two things are happening at BHP. The first is the group's decision to proceed with its Jansen potash mine development. Potash is a potassium-rich salt used primarily in fertilizers to support plant growth and increase crop yield, so it’s a major ingredient for the agricultural sector. The mine costs BHP $5.7B on stage-one developments and the reason behind this deal is an anticipation that more potash will be in demand in the future.


The second thing happening is the Woodside deal. Woodside Petroleum is an Australian petroleum exploration and production company. The deal will combine the two companies’ oil and gas businesses through an all-stock transaction. Woodside will therefore see its balance sheet bloat as it takes on more assets from BHP. Woodside is expected to be 48% owned by BHP shareholders.


The portfolio changes will help BHP focus on products used for a decarbonized economy. The firm also produces copper and nickel that will only see demand increase from the growing EV space. Iron ore, their top business unit (57% of revenue this year), raked $34.48B in revenue so far.

While most of that revenue stems from Iron Ore, the CEO said there is no plan yet to expand capex on the unit (wait for this statement to change rapidly). Its small potash mining efforts have recorded $1.57B so far this year, a number that they hope will increase with the Jansen capex.


As for the environment, nothing really changes from the merger, it’s just a liability transfer. The Australian Centre for Corporate Responsibility has dubbed this merger, a ‘’disaster’’, nothing more. However, executives have countered that claim saying the extra resources from the merger will enable the new unit to operate with new incoming clean technology capex.

The real reason BHP wants out… 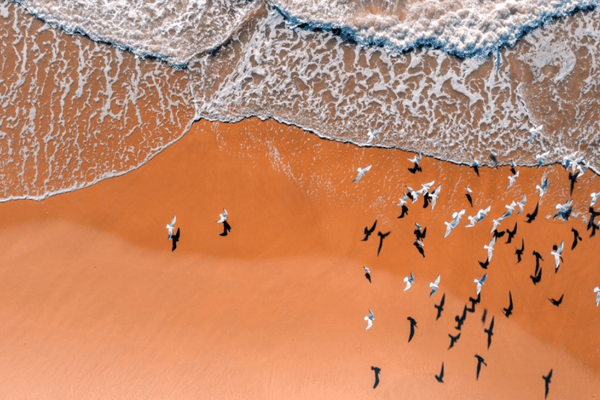 - Seagulls flying out of the ocean

Companies, it seems, will tell the public anything to appear good—especially in the tech world. But BHP is not exactly an exception. BHP selling its oil unit communicates something like this: ‘’look how future sensitive we are by getting rid of our pollution-linked oil and gas unit!’’. But the reality is that these types of profit machines could not care less about the public’s opinion, because they work for shareholders that have a required rate of return that need to be honored by managers (that’s how manager bonuses get large).


BHP’s financial presentation found here , shows a petroleum return on capital invested of 6%. That is far too small and clearly, not BHP's forte especially compared to its other segments like iron ore. While their other top divisions (iron ore, copper, and coal) have all made record throughputs, volumes, and nice run rates, the only note they gave their petroleum division was something along the lines of ‘’it has nice growth options’’… not very impressive.


There is a problem with BHP’s oil and gas unit slowing down their ability to put their capital in more efficient business units like the iron unit, a unit with a return on capital of 56% (that’s 9X its oil division!). Plainly put, oil is costing them too much compared to their other units, and it is not even returning sexy figures so what is the point of keeping it?


BHP's financial performance by segment shows that its petroleum’s medium term unit costs are poised to rise as a result of natural fields declining. BHP has seen oil projects being pushed back thus reducing their production levels and thus reducing the unit’s value to shareholders. It makes sense to say bye to petroleum but it’s clearly not because it is morally the right thing to do for the environment.


Crude oil WTI futures of $64 this Thursday and its extended losses for the sixth straight session trading at a 3-month low is only further justifying BHP’s decision to get out, despite them noting that asset impairments with as low as $55/bbl would not drastically hurt them. Regardless, they don’t want to keep taking on that risk when they can profit more easily elsewhere. Seems like product diversification was voted out at the board meeting for further product specialization in iron ore mining.

This makes sense because BHP is an iron ore emperor. It competes both on cost and quality, much like Saudi Aramco does with oil, and it sees very attractive margins as previously mentioned. Therefore, it would make sense to invest more capital and increase capex (as they have with Jansen) in order to please their shareholders and remain atop. 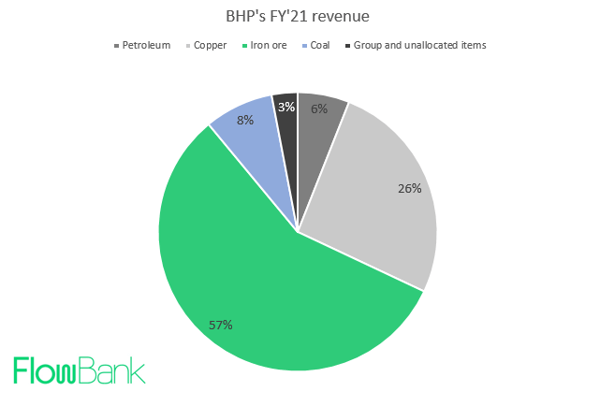