The vote passed yesterday: Tortoise Acquisition Corp. merged with its Hyliion. Hyliion becomes Hyliion Holdings Corps and its ticker symbol changes from SHLL to HYLN on the New York Stock Exchange. Its founder is the youngest self-made billionaire in America.

Who is Thomas Healy?

Born and raised in the Boston area, Thomas Healy went to Carnegie Mellon University to study mechanical engineering. He was always a fan of cars and never missed a chance to go racing and have fun on go karts. “I’m a gear head; I grew up racing”.

Very early on, he started innovating and building his own start-ups. For example, during his college years, Healy developed the e-axle, an electrified axle powered by lithium-based batteries that could be incorporated on a long-haul truck. He quickly asked himself the question: why are many cars hybrid, but no trucks? Do they not cover more distance than any other vehicle? If there was such a technology for trucks, this would be the opportunity to save so much more fuel and money. Let’s revolutionize the truck industry! 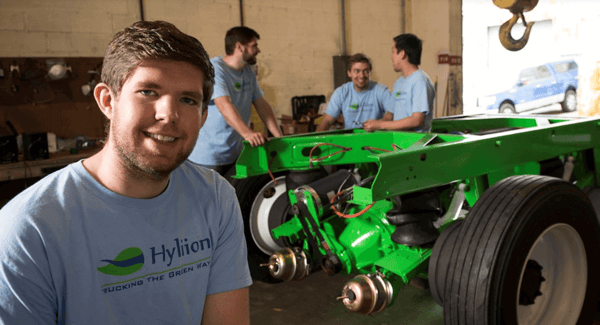 Thomas Healy from the archives of Carnegie Mellon University

Short for hybrid, lithium and ion, Hyliion is a company that creates and commercializes a regenerative break device that can be installed on long-haul trucks and reduce the fuel use by 30%. Batteries are the core activity of the company alongside the software around it. Everything is developed in-house except the cells, which are from Toshiba.

The key insight was the following: while everyone is making their own trucks (Tesla, Nikola), many people forget that we already have great existing vehicles. Truck drivers have their habits, with preferred trucks and brands. The way Hyliion went around this is by installing their batteries on existing trucks, instead of building new machines from the ground up. Not only does that save huge amounts in costs and infrastructure, the adoption rate also increases immensely when you tell someone they can do as usual, only better. “The goal was to be able to allow them to still buy the truck they already know and love and have it with a brand-new powertrain that will really revolutionize their logistics,” says Healy. 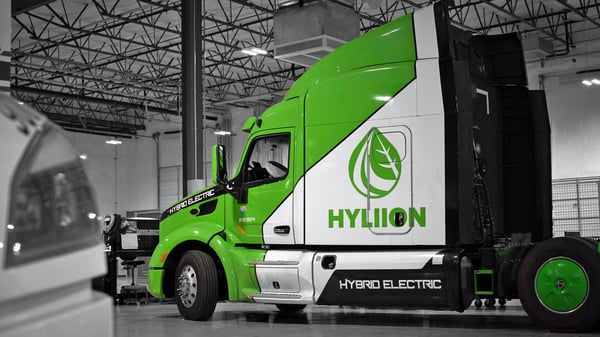 The business model is cleverly articulated. They start by having a good sales relationship with the fleet they want to work with. First, they carefully explain the concept to companies having entire fleets of vehicles such as Fed-Ex, XPO and UPS. By showing them the incredible benefits of their two products, they get them excited and use this excitement to go to manufacturers and get them to implement their devices on the vehicles. The break device is installed as an add-on to the vehicle and does not change anything else. Cars and trucks manufacturers would normally never satisfy such requests for individuals, but when it comes to a fleet, they become much more flexible. For entire fleet orders, they are used to changing the engine, drive axels, transmitters, etc. This is an easy way into the market for Hyliion.

In addition to that, Hyliion does not even manufacture its parts. While they could have built a manufacturing plant that could scale, this would have meant high investment costs. Instead, they chose to partner up with Dana corp. as the manufacturer, while they can focus on the design of the parts and the ecosystem that goes around it. They’re doing what they do best and using an already existing manufacturing facility for production, a very capital efficient way of working!

How does the system work?

Instead of the usual diesel engine, you have a bank of electric batteries. They do not require the vehicle to be plugged at any time, as they are charged by on-board generators running on compressed natural gas.

This approach is very different from the field’s first movers, such as Tesla, who adopted a very battery-centric approach to the issue, or Nikola who claims to power its batteries with hydrogen fuel cells – or a downhill slope, it depends. Healy chose to not redesign everything and use what was already there: you could use compressed natural gas batteries to take advantage of already existing fuelling stations and avoid hours of battery recharge.

The company has 2 solutions. The first one is the hybrid solution, an add-on break on a truck which basically turns it into a Toyota Prius. The second solution – which should be available by 2022 – is a hypertruck with an entire electric drive train, no diesel engine and an onboard generator that kicks in when the battery needs refilling. There is no need to stop and recharge, natural gas does all the work. Also, it is much cheaper than other fuel alternatives. With the infrastructure for renewable natural gas already there, they are basically combining the advantages of an electric truck with the availability of the fuel, making it cleaner to drive the fleet than not driving it. Not bad Thomas. 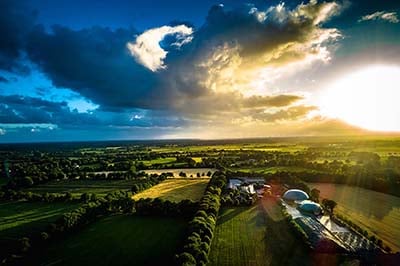 Everyone talks about electric energy, but not so many are concerned by how it is produced. Indeed, it can often come from coal, nuclear, and eventually some solar and wind source. According to Thomas Healy, the energy used should be looked through from well to wheel, and not just call everything fine because it’s electric.

In addition, Hyliion vehicles use RNG (Renewable Natural Gas), an energy sourced from methane captured from landfills and dairy farms. If you fill your vehicle with this, you can even go below a neutral carbon emission. A purely solar and wind energy can have a neutral impact on the planet, and that’s already great. With Hyliion, though, you can even go below this. That’s right, you can literally clean the environment by running their trucks.

A recurring problem in the electric mobility industry are the batteries, which production method and duration remain to be improved. However, Hyliion succeeded at making batteries that outlived the vehicles, solving the problem once and for all.

The market is already ready for it: in North America only, there are over 700 stations to refuel trucks with natural gas, with 40% of it renewable – an energy source which saw a 500% in the last few years.

In general, there are three big players in the US for the electric truck industry: Tesla, Nikola and Hyliion. Hyliion expects to be very competitive in the long-haul segment, with their vehicles having travelled over a million miles, unlike the trucks of the competition. 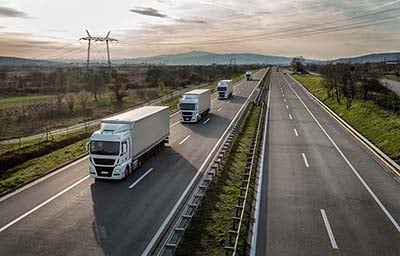 The company has over 30 patents and keeps filing more to stay ahead in terms of innovation. In general, Hyliion is quite confident in terms of sales and future improvements. Not only do they plan to release their hypertruck in 2022, they also report extremely good revenue expectations for the coming years - $8 million for 2021; $344 million for 2022 ; $1 billion for 2023. It is indeed time to get ahead, as Nikola recently came out as a fraud, having Trevor Milton leave the company, and Tesla pushing back the release of its hypertruck production.

Ryan Laskey, senior vice president of commercial vehicle drive systems at Dana, says he’s been impressed at Healy’s commercial focus. “He gives the customer something they don’t even know they want yet.” I don’t know about you, but such remarks make me think of the likes of Steve Jobs or Elon Musk.

In any case the future looks promising. Although Healy has his shares locked for 2 years – during which investors will most likely ask a lot from him, he is the youngest self-made billionaire in America with 22.9% in the company which translates into roughly $1.5 billion. John Collison, co-founder of Stripe, and Evan Spiegel of Snapchat, are both already 30.

Read our next article: How to invest in sports