San Francisco, Dec 1, 2020 – Salesforce, the global leader in CRM, and Slack Technologies Inc., the most innovative enterprise communications platform, have reached a binding deal under which Salesforce will acquire Slack for $27.7 billion. Months later, the deal just closed. Why so late?

“A marriage made in heaven”

That is what Mark Benioff, Salesforce’s CEO, said about the company’s merger. Quite romantic right? Well, let’s see what made the companies fall in love with one another. In a nutshell, Salesforce is one of the world’s largest software companies. It started as a cloud-based CRM and now it also powers automated marketing, business analytics, customer success, and back-office work. In 2020, Salesforce’s revenue has been reported at $17.1 billion, growing 29% year over year. Its cash grew 155% to $4,145 million in 2020 and its debt went down to $2,673 million, a 16% decrease. Slack is the most effective, and transparent way for companies to communicate internally and across all departments. 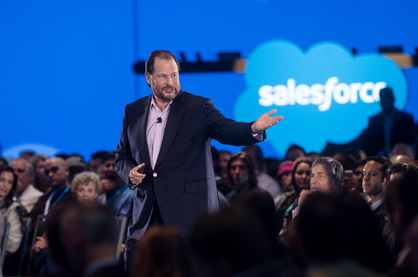 While the pandemic hit a lot of businesses, Slack and Salesforce are thriving in the current times of remote work. Thousands of people were asked to work from home and who better to benefit from the situation than software companies that offer products that perfectly suit home office? Salesforce saw that growth as an opportunity. The latter has quite the experience when it comes to mergers, one of its best-known acquisition includes Tableau, an interactive data visualization software company focused on business intelligence, which has quickly become a reference used by many companies.

Although the merger was announced in December 2020, the deal only closed on July 16th , 2021. But why? The U.S. Department of Justice (DoJ) requested the two companies to provide additional information which delayed the merger. Both stocks saw their prices tumble after that announcement in February.

Why is Slack worth $27B to Salesforce?

Salesforce is about to make Slack its costliest acquisition and here is how it justifies the price:

What does this mean for Microsoft?

Part of the discussion about this big deal revolves around Slack’s main competitor: Microsoft’s Teams. Teams is the only other company in this industry that potentially pose a threat to Slack because they both fulfill the same objective. But, in the software industry sector, Salesforce competes with Microsoft, and the Teams product filled a significant gap, as Salesforce had nothing comparable for corporate interactions. As a result, joining forces with Team's single largest competitor appears to be a prudent move on Salesforce's expansion path. Some speculate that Salesforce's purchase of Slack is a form of vengeance for their bidding war with Microsoft for Linkedin. Salesforce was allegedly very interested in that company, and the two had a bet, but Microsoft's $26 billion offer won out in 2016. However, as the acquisition will deepen the competition between the rivals, it can only benefit consumers: better prices and better services.

2020 has changed everything, the markets, consumers habits and work dynamics. Salesforce saw that as the perfect timing to path its way to become the number 1 CRM. Only one missing piece was needed for Salesforce to complete its puzzle. Indeed, it was Slack’s channel-based messaging platform that allows Salesforce to complete its 360 degree vision. The two companies seem to be a good match for now as both stock’s prices rallied since DoJ’s approval of the acquisition. Will they succeed in keeping this chemistry going? Only time will tell. On August 17th, an event will be held to share more information about how two companies are creating a powerful platform for the digital-first, word anywhere world.