As the dust settles at Adidas and Nike, investors are assessing the damage after antisemitic scandals of the past weeks destroyed billions of dollars in revenue at the two biggest sportswear firms in the world. Between the two sports companies, there’s one that needs particular attention.

Ye, formerly known as Kanye West, is no stranger to the spotlight, but his most recent string of headlines is certainly negative news. 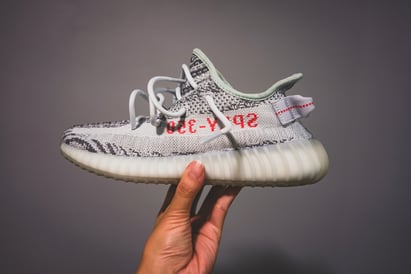 For Adidas, the path forward looks to be considerably more difficult than for Nike, its longstanding competitor. The German sporting goods firm ended one of the most successful sneaker deals in business history with rapper Ye in response to mounting public outrage and demands for a consumer boycott. This move is estimated to cost Adidas up to 500 million euros in sales and 250 million euros in net profit this year.

By ending the Yeezy relationship, Adidas is also saying goodbye to a very lucrative collaboration. Since partnering with Ye in 2013, Adidas has been heavily reliant on Yeezy. According to estimates, the Yeezy brand grew to about $2 billion in annual sales, accounting for around 8% of Adidas' total revenue. Premium pricing offered the collection strong margins, accounting for over half of the German group's 2021 net profit. In an attempt to reduce revenue losses.

Adidas announced that it plans to begin marketing past Yeezy product designs with Adidas branding in the first quarter of 2023. Additionally, it also expects to save money on marketing expenses and royalties that won't be owed after 2023.While analysts appreciate the efforts, some have questioned if continuing to sell the line's items is the smartest course of action given that there are still serious reputational issues surrounding the Yeezy line—even after a rebrand.

It looks quite challenging for Adidas to rapidly replace Ye with another quality partner. A brand associated with unfavorable headlines frequently must undergo considerable modifications, at the very least, to win back consumers' trust.

Nike’s suspension of its shoe line with basketball star Kyrie Irving is also unfortunate but presents a less painful headache than Adidas. 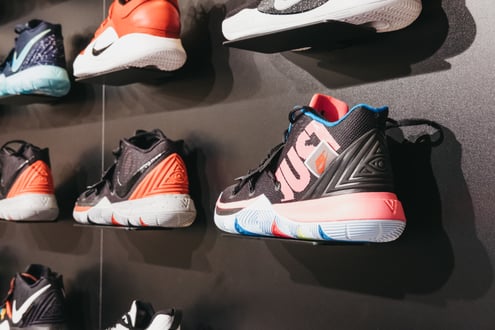 In 2019, Executive Chairman Mark Parker identified the Kyrie sneaker line as an important component of the company's basketball future. Nike had intended to debut the Kyrie 8 this month, the latest edition of his iconic sneaker. That has been cancelled, and the company has not yet stated what will be done with the extra inventory. Furthermore, Nike has not provided any financial details for the agreement.

Irving's shoe contract, which debuted back in 2011, is set to expire in 2023, giving Nike an easy way out. Although, his yearly endorsement deal is thought to be worth at least $11 million, the Beaverton-based company is less dependent on Irving for sales and promotion thanks to its other long-term relationships with renowned basketball players like LeBron James and Kevin Durant. In addition, Nike's most valuable celebrity asset in the footwear industry, Michael Jordan, contributes in more than $5 billion in annual sales, more than covering any deficit produced by Irving.

How this impacts Adidas (ADS) shareholders

This year, the stock market is extremely volatile under cloudy economic conditions. But when you include scandals, the impact on consumer brands and their publicly held equities may resemble a roller coaster for stock market investors.

Adidas shares (ADS) are likely to be on the slide in the short-term as investors are understandably worried the company’s outlook. Following Adidas' announcement that it would no longer be working with Ye, the stock price dropped abruptly from $51.36 to $47.54 on speculation that the business would become less profitable.

Beyond the recent outrage, the company is also facing a number of other challenges as it gets ready for a change in leadership, with Chief Executive Officer Kasper Rorsted stepping down. His replacement will now have to evaluate whether to reconsider celebrity collaborations and how to deal with supply-chain issues around the world as well as a diminishing market share in China.

When investing in stocks, market sentiment should not be ignored because news flows can have a big impact. Since 2021, both Adidas and Nike have faced difficult economic conditions as a result of rising interest rates and China's Zero Covid policy. Recent scandals appear to have fueled the flames, with Adidas' year-to-date performance falling to -61% and Nike's falling to -36%. Investors interested in consumer businesses should thoroughly investigate the sponsorship and promotion aspects of these enterprises, as failure to do so could result in considerable losses.