How are central banks affecting your mortgage?

Wild currency moves and rapidly rising interest rates have added to the economic challenges consumers face. But how exactly do central banks affect your mortgage and what does the future hold? And as a homeowner, how can you navigate higher rates?

In September alone, the Swiss National Bank (SNB), the US Federal Reserve (Fed), and the European Central Bank (ECB) all raised their benchmark interest rates by 0.75%. The rapid ascent of interest rates in the US and Europe to combat inflation is marking the end of decade-long ultra-loose monetary policies, which have been accompanied by rapid gains in asset prices, funded by cheap borrowing costs. And along with it, lower mortgage costs.

While central banks do not set mortgage rates directly, these are largely based on the interest rates set by central banks, which fluctuate.

Below are the mortgage rates for the US which have climbed to their highest level since 2008.

Primary mortgage market survey, FreddieMac - US weekly average as of 22.09.2022.

In Switzerland, mortgage rates hover around 3% for fixed-interest mortgages for maturities of 3-10 years and closer to 3.5% for longer maturities. It’s a drastic increase from a level of below 1% a year ago, while the SNB still had interest rates stuck at -0.75%, versus +0.5% currently.

How does it work?

What does the future hold?

In their efforts to bring inflation down, central bankers are embarking on the tough choice of cooling the economy. However, the consequences could be that economic pain spreads to the housing market, both for homeowners facing higher mortgage costs and renters finding it more difficult to find a home as demand increases.

In the thesis that central bankers succeed in tackling inflation, it is possible that interest rates come back down in the coming years, helping to alleviate some of the pressure from higher borrowing costs.

In the meantime, consumers face the difficult dilemma of assessing whether, after such a rapid rise, it makes sense to lock in currently high mortgage rates, or if interest rates could come back down. The reality is more nuanced for some markets, in which the demand for buying houses is so strong that some buyers fund it almost entirely with cash, making the debt servicing costs negligible. For example, nearly a third of buyers in the US bought homes in cash in July, helping dodge the surging mortgage rates which crossed 6% (30-year in USD) for the first time since 2008. In that sense, in Switzerland, it could be likely that more buyers consider withdrawing part of their retirement accounts early to alleviate the burden of higher mortgage rates.

How could homeowners navigate higher rates? 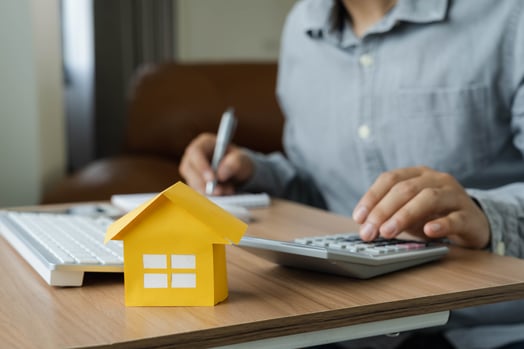 The rapid ascent of mortgage rates will certainly make mortgages more expensive, but it could help cool down property prices for prospective buyers. Future mortgage rates could come down together with interest rates if central bankers are successful in rapidly lowering inflation. Homeowners may wish to opt for smaller mortgages, negotiate, diversify in maturities, and remain flexible for opportunities of potentially lower rates in the future.