Chime becomes the most valuable private fintech company in the US

Chime recently raised 485M in its F series, raising its valuation to $14.5 billion, pushing the company in first position of the most valuable private fintech companies in the United States.

The F series was funded by different investors, among which: Coatue, Tiger Global, Whale Rock Capital, General Atlantic and Access Technology Ventures. This latest funding places the company as number one in the private fintech sector, even ahead of unicorn Robinhood, which is valued at around $11.5 billion.

Chime is not exactly a bank and describes itself more as a “consumer software company”, said Chris Britt, the company’s co-founder and CEO.

While banks make money on loans and penalties, Chime gets its revenue from card transactions, which are paid by merchants. This is called interchange, and it is the fees that merchants pay to banks in order to cover the costs associated with the authorization and processing of cards transactions. The goal is to encourage customers to make as many transactions as possible. 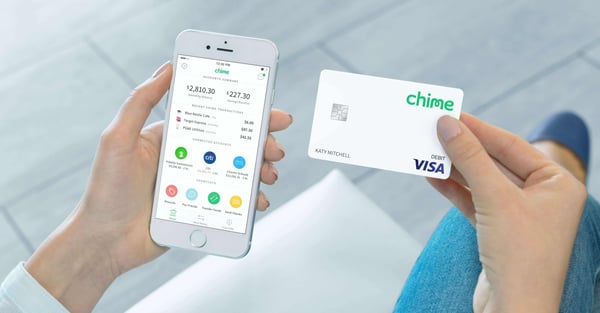 Like many neobanks and unlike traditional high street banks, Chime has no need for physical branches, which is a massive cost saving. All contacts with customers are made through the chime.com website and the mobile app available on Android and iOS.

The service is winning the market by having no account fees and offering a credit building card, two solid arguments attracting lower-middle wage individuals earning between $30’000 and $75’000.

In addition, their deposits are insured by the Federal Deposit Insurance Corporation (FDIC) up to $250’000 through partnerships with classic banks such as Bancorp SA and Stride Bank. Indeed, partnering up with established banks has become a common practice for younger fintech companies and startups that have no bank charters.

Chime was founded in San Francisco, CA, by Chris Britt (CEO) and Ryan King (CTO) with one goal in mind: to offer an alternative to the classical private banking solution.

If the company was valued at around $1.5 billion 18 months ago, its value multiplied tenfold, making it surpass Robinhood who was at the time, the most valued private fintech company in the US. Along the way, it also went ahead of other players such as Commerce Bank – valued at $6 billion – and Bank United – valued at only 2 billion.

According to CNBC, their last estimation of sales is around $300 million – tied to swipe fees and debit cards – but they are most likely much higher after such an impressive growth. Indeed, the company reported that their transaction volume multiplied by 3 this year only. This is massive in the banking industry. 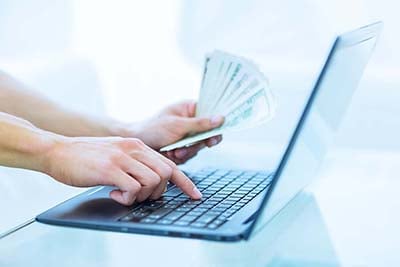 The Corona crisis was actually very beneficial to the company. Instead of suffering like many other traditional financial institutions who had to get ready for failing loans, neobanks and alternative financial solutions thrived as people were looking to go away from cash and contact.

Chime offered an early stimulus check by proposing $1’200 in advance for over a thousand customers. After witnessing a high demand, they enabled more than 100’000 customers to take $200 beyond their account balance in order to face unexpected expenses and harder months, all this without any additional fee. A great move in a time where a hundred-dollar bill can really make a difference for lower wage earners. In total, it is estimated that Chime disbursed a total of $1 billion to over 600’000 customers. That is what I call serving one's customers. 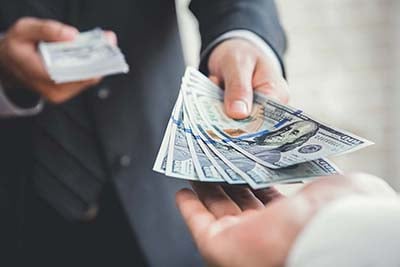 To no one’s surprise, this stimulus made for new records in terms of account openings. April was especially high, with hundreds of thousands of customer rushing to open an account to profit from these free benefits. The company reported a positive EBITDA result, even in the midst of the crisis.

We must also note that, in general, the public market seems to have a growing interest for innovative banking solutions and is less enthusiastic about traditional banking solutions. “Nobody wants to go into bank branches, nobody wants to touch cash anymore, and people are increasingly comfortable living their lives through their phones," said Chris Britt, Chime’s CEO. "We have a website, but people don't really use it. We're a mobile app, and that's how we deliver our services."

In a world where mass unemployment paralyzes the population and people try to save what they have, a zero-fees and easy-lending bank was the extra argument people needed to register. 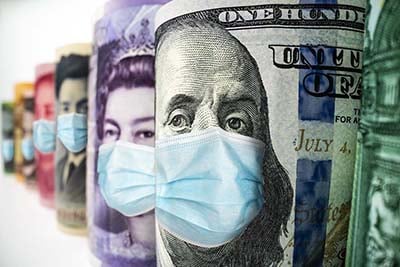 While there has been talks of an IPO within 12 months, nothing is confirmed. There is no urgency anyways, as the company currently sits on 1 billion of cash: plenty to nurture new innovation and offers to continue on its marvelous growth path. More recently, the bank launched a credit-building credit card in order to help users build a credit history, a great argument for a younger and underbanked population.

We do not exactly know the number of users the company has. Some sources estimate it at around 5 million, 3 million of which were opened since December 2019. That is the power of great growth hacking. If you add a tripled transaction volume this year, the future is looking bright for Chimes and the neobanks industry.

On the competition side, Sweden’s fintech company Klarna recently closed a massive $650 million Series F, which makes it valued at $10.6 billion post money. “Buy Now, Pay Later” (BNPL), who also secured $500 million on its Series G round, reached the same valuation. Following these successes and outstanding valuations, it is likely that more neobanks will enter the market to propose their own vision to the financial world. One thing is certain though, in a market where competition is growing, neobanks will have to outsmart each other to propose the best fees and services to a growing customer base. Innovation is right at our door, let us see what it will bring us. 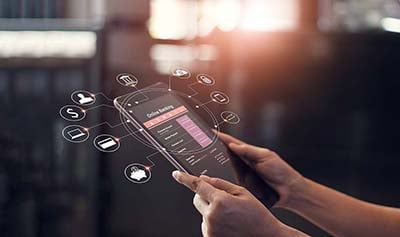 Red our next article: Moving a stop-loss to protect profits in winning trades