In April Alibaba was fined a record $2.8B for anticompetitive practices, and this week, Didi was told to remove its application from the app stores. Result: Chinese stock markets flopped. Could a Chinese e-yuan effort be behind all this?

Beijing has been cracking down on domestic technology giants over the past few months, from the cancelation of Ant Group’s $34.5B listing to Alibaba’s $2.8B antitrust fine. The focus has very much been on anti-monopoly as well as fintech regulation. But below, we make the case for why this is all a pretense for getting China’s CBDC (central bank digital currency) into the mainstream.

What is the impact on investors of all this? Didi, Full Truck Alliance and Kanzhun saw their apps removed from app store after being put under review for violating China’s national security laws. They were ordered to stop adding users while the probes are conducted. While this has hurt recently IPO’d stocks, domestic Chinese markets have also taken an uppercut shown in a death cross for the Tech index (when the 50-day moving average goes under the 200-day moving average).

What of the recent IPO joiners? Didi’s shares fell 5.3% days after the company listed on the New York Stock Exchange, having raised $4.4B in the biggest listing seen by a Chinese company in the US since Alibaba in 2014. The latest crackdown came as 34 Chinese companies raised a record $12.4B in New York floats in the first half of 2021. More than two-thirds of those Chinese firms have now fallen below their IPO price.

Figure showing Didi's dive after being removed from the app stores 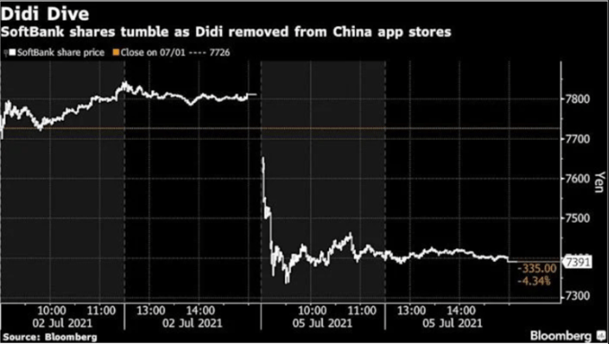 So, what happens now? It is fair to assume that more companies could suffer more de-listings. China Mobile, for example, was delisted following an executive order from President Trump, banning US investment in companies that the government considered to be tied to China’s military complex.

Recently, in the US, the Senate passed a sweeping China bill that is now making its way to the house, and it carries strong bipartisan support. Under a law passed in December, Chinese companies trading on American exchanges face the threat of de-listing unless they give US authorities access to audit accounts, which is banned by Beijing. If this proves to be temporary, we could also see a buy-the-dip opportunity because generally, these companies are performing well.

Alipay and WeChat Pay currently dominate non-bank mobile-based payments, but the thing is that the Chinese government wants to roll out its very own digital currency, something which in a sense competes with traditional payment players for attention and payment railing infrastructure.

When you read online that the Chinese government authorities are probing and auditing big internet and fintech giants, what this means is that they are beginning to see cul-de-sacs in their intent to implement a CBDC technology that works for the entire financial sector (this includes banks, and the big fintechs).

New regulatory regimes surrounding China’s CBDC will therefore alter revenues of existing providers as those firms begin facing increased competition due to a broadened access to payment transaction data to more parties. The new system’s adoption will require cooperation and promotion by banks and internet companies which also means sharing data with the government.

Authorities are pressuring non-bank mobile payment-service providers to share more transaction data with regulators. This has been accompanied by new waves of regulations, the ones that came out in the press recently, regulations that look to limit private firms’ collection of excessive amounts of personal data which authorities would like to be sole owners or primary owners of. 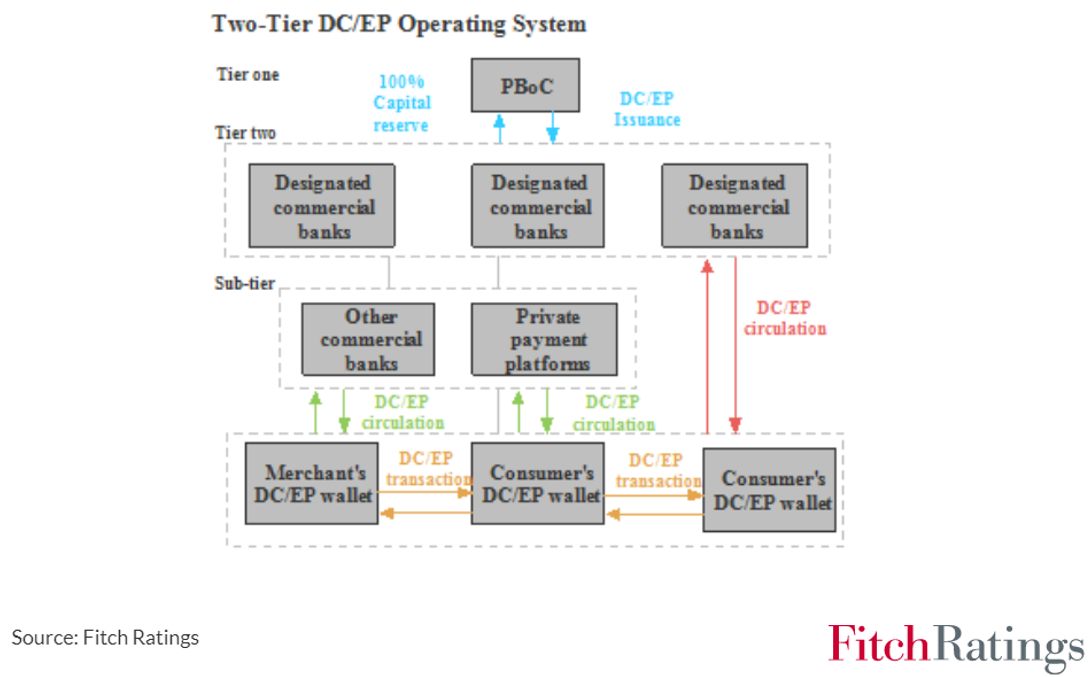 Is the regulatory risk overhyped?

Well, the regulatory pressure is not looking like it is going away any time soon as the government intends to prohibit certain monopolistic practices. The regulatory body seeks to protect market competition, safeguard user data, and apply penalties to those breaking the rules. However, this seems to indicate that authorities are using some of the large internet companies’ monopoly status as a pretense to gain access to data control they need to implement their CBDC. The increased oversight above the sector means that internet companies also face geopolitical risk, especially for those players servicing US and Indian regions (including those listed in US markets).

Despite all this however, Fitch Ratings points to some differentiating factors worth noting. Strong free cash flow generation and a high liquidity headroom of such Chinese internet issuers amid the heightened regulatory risks could diversify revenue streams. High liquidity helps absorb large anti-monopoly fines, while a strong free cash flow to the firm helps restore financial strength and fund new investments. Chinese internet firms might prioritize growth over profit in the next years as they pay their dues, and seek to speed up digitization and bolster their position in a growing total addressable market. Lastly, internet stocks still look attractive versus their peers, with a P/E to growth ratio of one, half that of their US counterparts.

What of Chinese markets broadly speaking?

The shanghai composite started the week down following China’s cabinet statement yesterday that Beijing will improve regulation of cross-border data while cracking down on illegal activity in the securities market and punishing fraudulent securities issuance, and insider trading. The government said it will check sources of funding for securities investment and control leverage ratios.

China has successfully controlled surges of pandemic cases, and recent cases have not exactly stirred too much stress on its stock-markets. The nation remains the first power to resurface from the pandemic with positive GDP growth figures. On the yuan front,  fell slightly from May highs against the USD, but remains 9% stronger than May of last year. An economic recovery and currency strength combined makes for attractive assets, something global investors will turn to (just turn to the 10-year government bond yields of 3.07% vs 1.35% in the US as an example of expected returns). 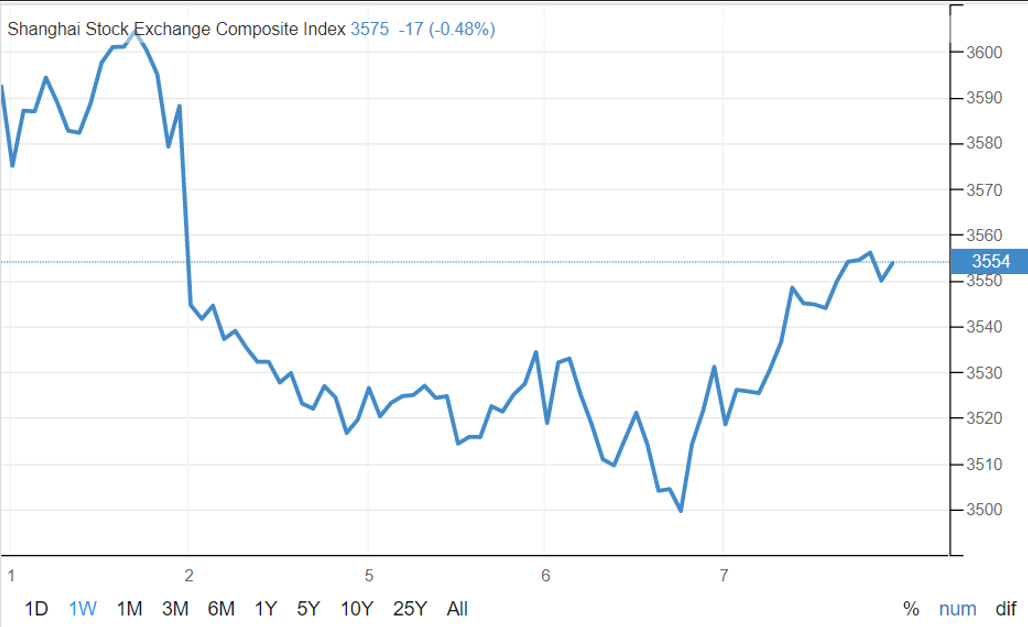