China is starting to compete for foreign capital inflows. With high quality bonds, other nation’s debt might lose their shine. Napoleon was right: China is awakening, and the world trembles.

What is happening on the FTSE index with Chinese bonds?

The introduction of CGBs in the FTSE index is a step marking the presence of Chinese sovereign bonds in all three of the main international bond indices, adding to JPMorgan and Barclays’ suite. In a way, it makes sense that the second economy in the world would be present in all three indices, not having China on board in the FTSE did leave an awkward gap. Inclusion in the WGBI is also expected to have a stronger effect, because of the many passive funds tracking it.

HSBC said that with around $2.5 trillion tracking the index, and a 5.25% weighting, a $130 billion inflow was to be expected and amounts to around $3.6 billion a month. Beijing is, as we speak, studying ways to prevent any turbulences in the case of important inflows on their domestic market.

These Chinese government bonds will be added starting in October over the next three years, a much slower development than the one year initially planned. They elected to go for a slower and safer implementation partly because of reluctant Japanese investors. Japanese investors are not fans of seeing their money going towards their old rivals. In addition, because the investor base for the index is largely passive, they prefer seeing a smaller yet gradual change.

You can now see the expected composition of the index on the table down below: 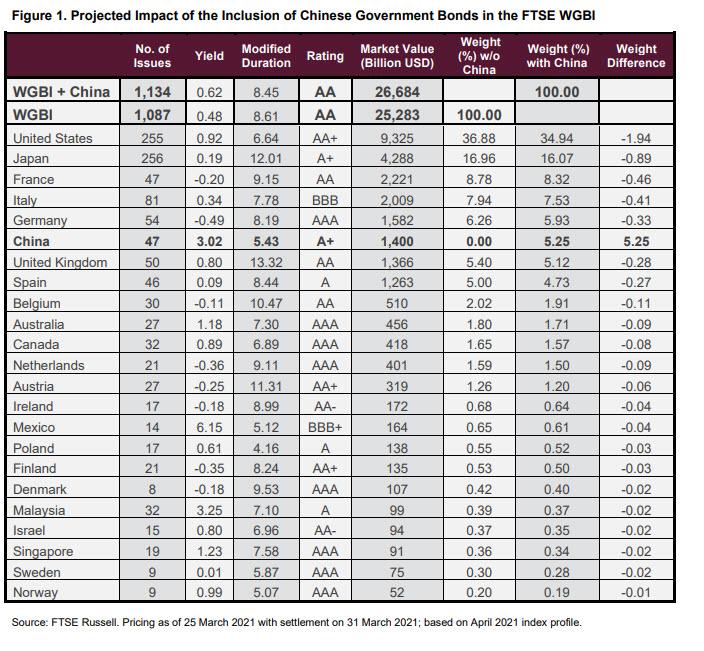 Impact of the introduction of Chinese bonds on the WGBI (Source: FTSE Russell)

What is the issue with Japan?

Japanese investors are the second biggest participants in the index, with entities such as the Government Pension Investment Fund (GPIF) which weighs in at $1.56 trillion.

Historically, Japan and China have had many tensions, and these animosities keep pressuring investments between the two nations. After all, pension funds are the people’s money, and many of them do not like the idea of having their savings allocated to places they don’t approve of.

Index managers hope that this incremental inclusion will help the transition, giving them time to think about solution on how to solve this problem and carry things as smoothly as possible.

This is a crucial step towards opening and popularizing China’s bond market to the world. China’s debt is already quite popular, with advantageous yields as well as relatively low risk and an insulation from movements in other bond markets (see chart below). 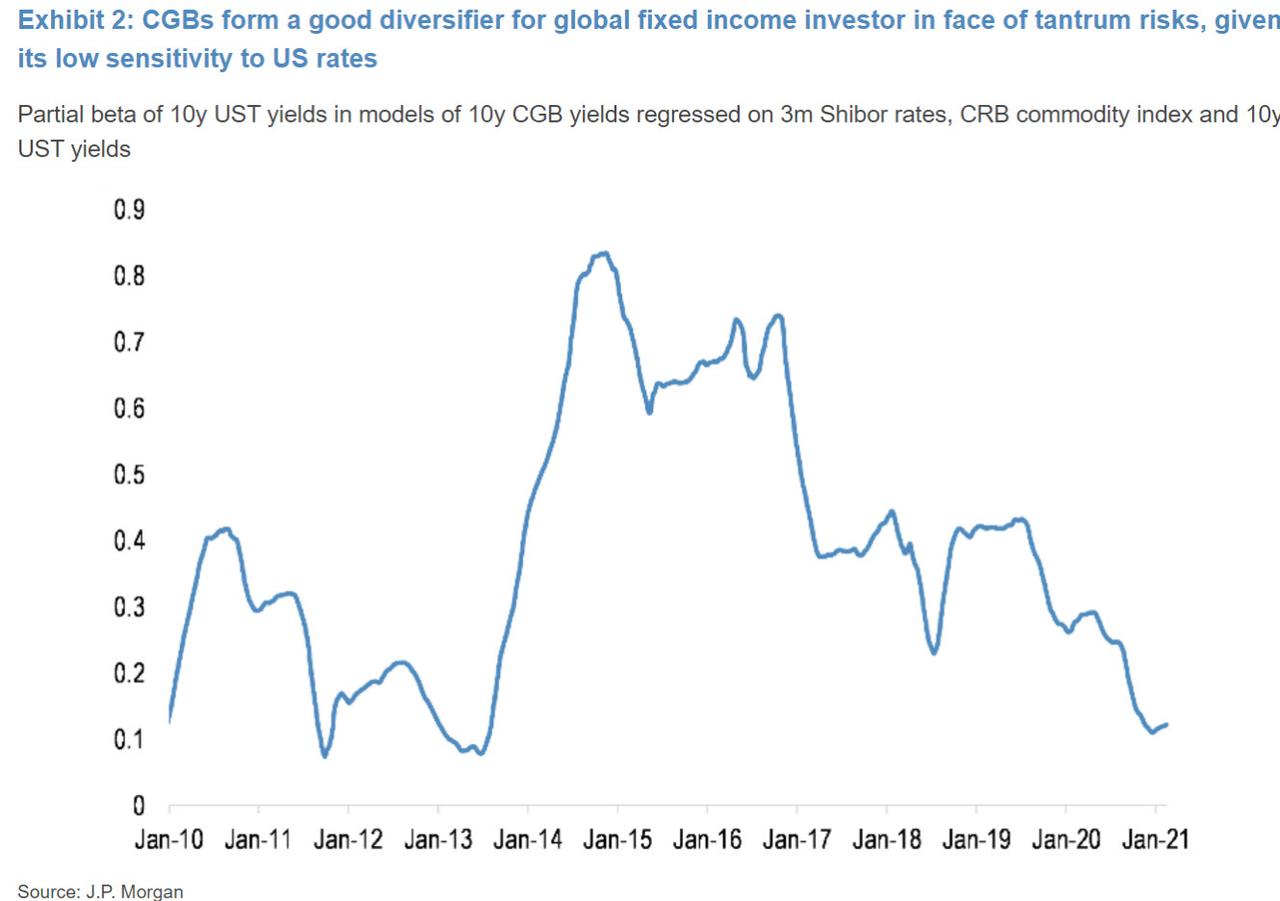 The sensitivity of Chinese bonds to US yields has fallen to its lowest in years recently. Chinese bonds provide a good diversification for investors, thanks to their low correlation with the rest of the market. (Source: JP Morgan)

China is already starting to erode the dominance of advanced nations in the bond market. Its introduction in the index will reduce the weighting of US treasuries by 1.9% to about 35%, resulting in a $49 billion outflow.

In fact, foreign investments in the Chinese bond market hit a record in February with over $318 billion invested, despite the higher treasury yields offered by the US bond market after the sell-off of the past weeks. 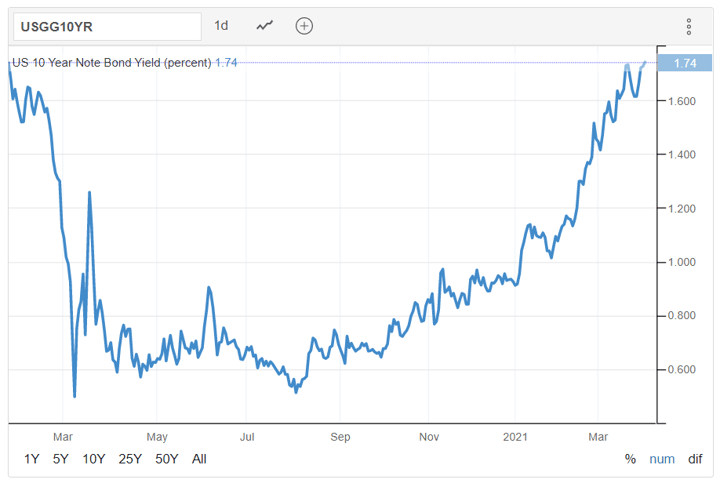 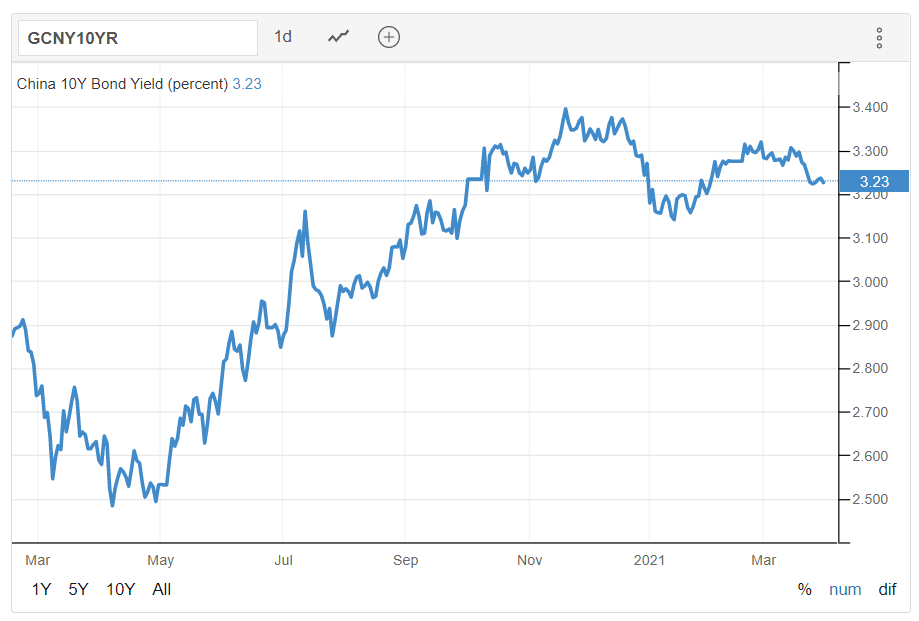 What is next for China?

In other terms, China is starting to compete for capital from national investors at a time when governments could not borrow more. Last year only, Chinese bonds attracted $100 billion of inflows, which is 44% of the US’s treasuries total inflows from foreign investors.

Due to all the reasons mentioned above, it seems that Chinese bonds, with their high yield, lower risk, and A+ rating, remain largely under-represented on the international bond market. As of today, they represent only a third of Japanese securities, and are weighted lower than Italian bonds.

The FTSE Russell also stated that after the inclusion of these Chinese bonds, they were starting to look at bonds from India and Saudi Arabia. Malaysia also left the watch list for exclusion. One risk to look out for though, is that China is getting a lot of “hot money” right now. It is not impossible that the trend reverses and that the inflows we are seeing now reverse at some point.

Are we moving towards a far more inclusive bond market with advanced nations leaving a spot for their EM friends? Maybe.

Activision to be acquired by Microsoft $ATVI $MSFT #acquisition