The recent volatility in Chinese tech giants has provided interesting trading opportunities. The internet giants are highly exposed to regulatory scrutiny, but could there be light ahead of the tunnel?

Alternatively, domestic next-gen high-tech companies enabling China to achieve its strategic goals may also do well, and perhaps be the canary in the coalmine. 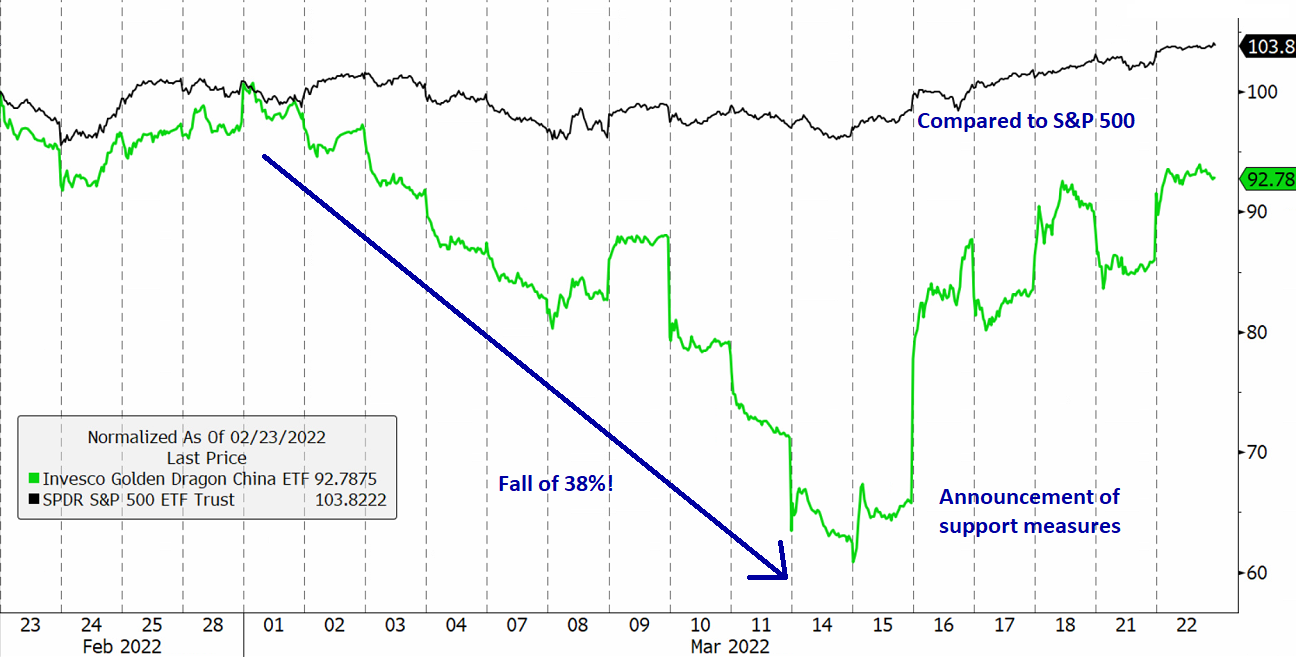 China’s tech crackdown put a sharp dent in economic growth. Giants from Alibaba to Tencent have announced waves of layoffs that could potentially impact up to 15% of their workers.
With the war in Ukraine and the tighter financial conditions, Chinese internet giants suffered their worst market rout since 2009, with unprecedented volatility. Finally, the Vice-Premier on the 16th of March called on regulators to adopt a “standardised, transparent and predictable” approach in overseeing China’s internet giants, leading to a sharp bounce, though indices remain far in red year-to-date. 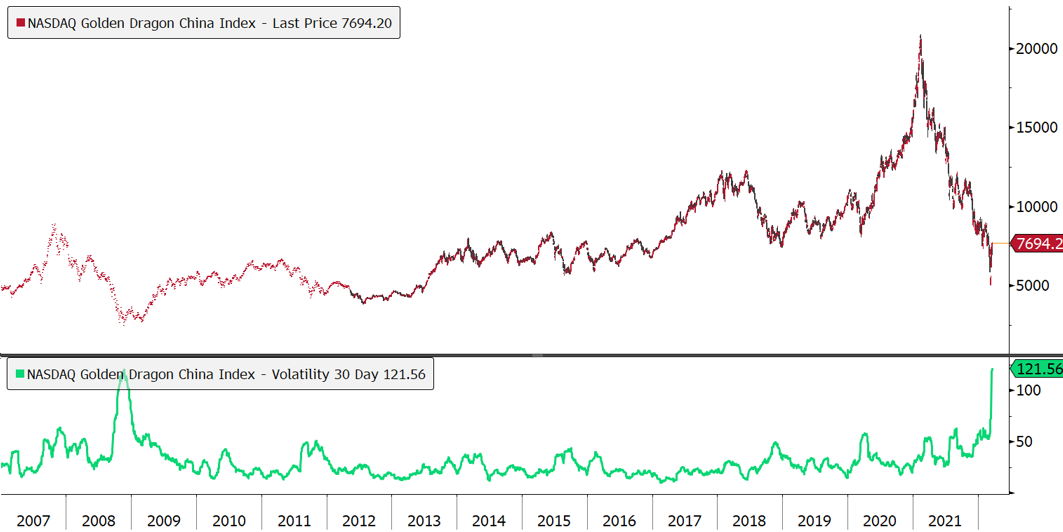 Interestingly, those periods of extreme volatility, in retrospect, have been attractive long-term buying opportunities.

After significant hurdles, there are signs that the backdrop is improving for Chinese internet giants.

Under the radar local tech companies

As the second-largest economy, China is seen as a place of growth opportunities. The government’s key objective is to sustain economic growth because it drives the nation’s development and helps it achieve other key goals, often referred to as “common prosperity”. There is also the “Made in China 2025”, which is a national strategic plan to further develop the Chinese manufacturing sector in 10 key industries, boosting China’s high-tech capabilities.

Giant internet services companies are the most affected by regulation as they touch on consumers’ data, privacy, gaming, and other sensitive areas.

Where to find those smaller domestic-focused high-tech firms?

The Shanghai Stock Exchange (SSE) Science and Technology Innovation Board 50 Index (STAR Market) offers exposure to those companies poised to be China’s future leaders across industries that could represent the growth engine of China for decades to come.

It includes companies from industries such as new-generation information technology, biomedicine (15%), new energy, and environmental protection.

It is possible to gain exposure to this market through the US-listed ETF: KraneShares SSE STAR Market 50 Index ETF (ticker: KSTR).

In our view, these companies could be more shielded from government scrutiny and could offer an interesting thematic long-term exposure to Chinese tech.

Since its beginnings in mid-2019, the STAR Market has become one of the largest IPO markets globally and a listing venue for prominent Chinese unicorns.

There are certainly opportunities in China tech and the backdrop is improving after the government stepped in to reassure financial markets. History suggests that the current environment with extreme volatility presents attractive entry points for the medium term. Next-gen high-tech companies on the STAR market may also offer a safer exposure to Chinese tech as they play to the State’s tune and are more likely to receive favourable terms from the government, as they fit into the State’s strategic goals.