Individual traders pumping the price of individual stocks have found a new prey to play with. The Clover Health stock price shot up triple digits at one point on Tuesday. Here is what happened.

What is Clover Health?

Based in Nashville, Tennessee and founded in 2013 by Vivek Garipalli, a healthcare entrepreneur, Clover Health provides private healthcare insurance and Medicare plans in eight US states. In addition to its health insurance services, the company plans on actively preventing illnesses by collecting and establishing models with data on its users.

Earlier this year, on January 8th, the company went public via SPAC, acquired by a venture belonging to the famous venture capitalist Chamath Palihapitiya in a $3.7 billion deal. Despite this successful entrance to public markets, the company was under the spotlight a few weeks later, being accused of misleading investors, an accusation which the company strongly denied. True or not, the fact that many SPACs turned out to be failures certainly did not help the popularity of Clover Health Corp. 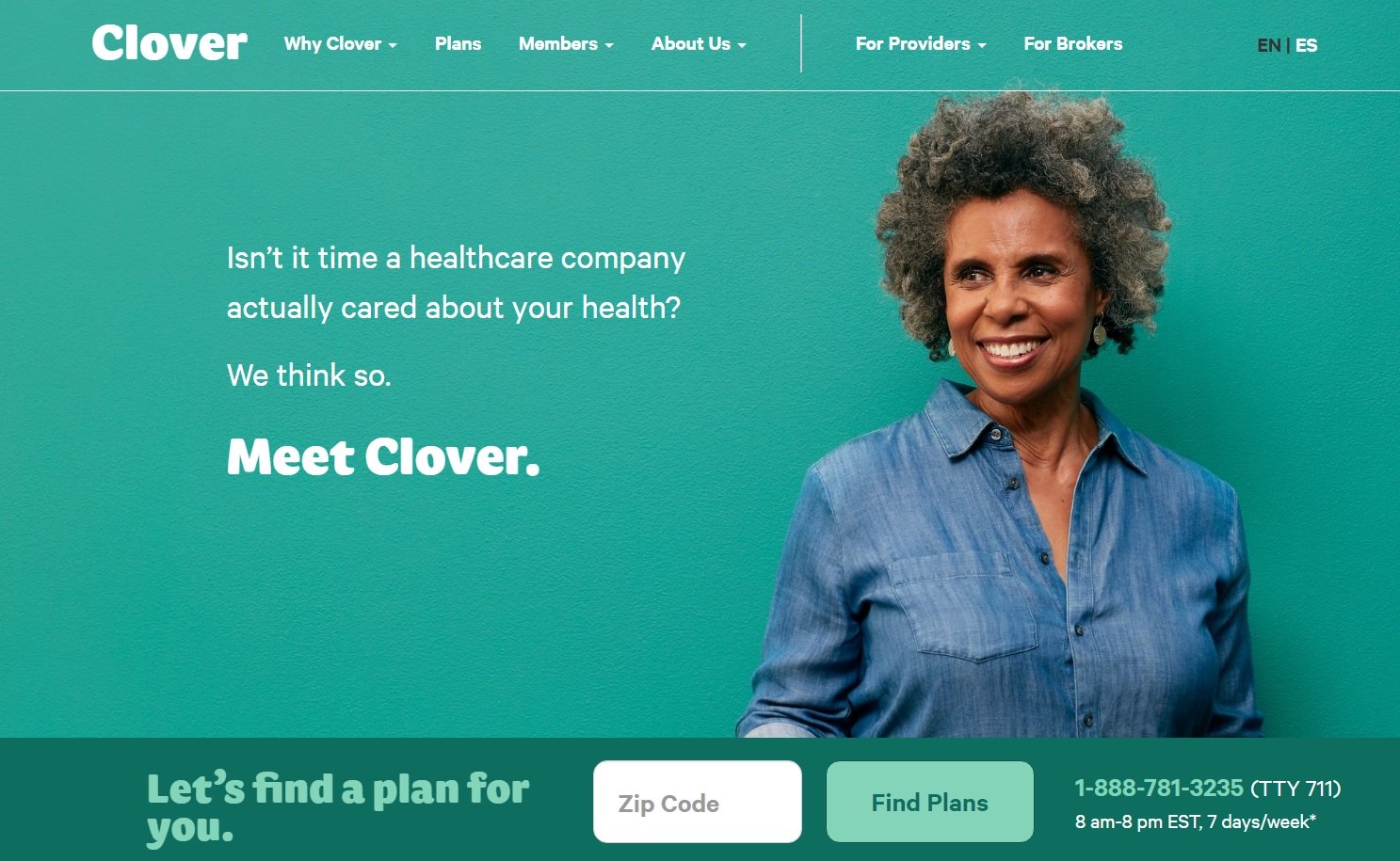 About the stock price surge

Recently, Clover Health Corp has become the new target of small individual traders that prompted the rallies of heavily shorted US stocks like GameStop and AMC. The healthcare company’s stock surged as much as 109% on Tuesday, hitting a record high of $24.93, before consolidating at $22.15 at the end of the day, resulting in a total price increase of 86% and almost triple the $7.64 price at the end of the month of May.

Trade volumes went crazy on Tuesday, with 720 million shares traded, a 45-fold increase from Friday. This amounted to $14 million worth of shares, eclipsing the company’s market capitalization of around $9 billion. 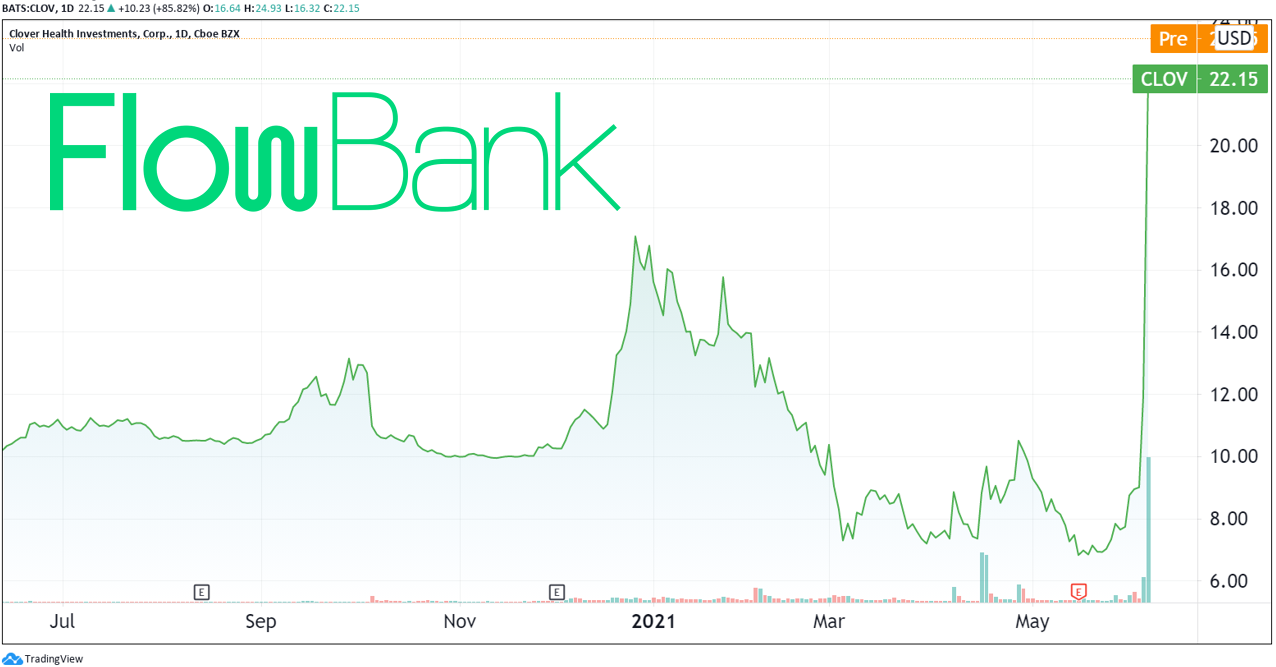 Could Clover Health be the next short squeeze?

Some Reddit users are indeed speculating that Clover Health could be the next short squeeze to jump on. As a reminder, a short squeeze occurs becomes possible when a large percentage of outstanding shares are being sold short. When this is the case and the price rises, some of the short-sellers are forced to buy the stock to cover their positions, which results in a further price increase, creating a vicious circle which can turn out to be very profitable in a short amount of time for investors in long positions.

A short squeeze is anything but impossible, as around 43.5% of the Clover Health float is shares sold short, versus an 18% short interest for the previous meme stock happening, AMC.

Reddit traders are enthusiastic to say the least. “Apes who missed on $GME! Listen up, $CLOV is ready to lift off!” is the type of message you can read when wandering around the forum. For those who may not know, “Ape” is used to define bold investors that follow these kinds of messages and bet on hype rather than financials to derive profits from their investments. Apes they may be, but the impressive member count of 10 million users in the r/WallStreetBets subreddit can have the weight to move markets.

We should also note that the call option betting on the stock hitting $22, expiring in 10 days, was the most actively traded on the options market on Tuesday. Some call options even on the stock hitting up to $30. Over 587,000 options contracts were traded on Monday, versus a 30-day average of 22,000, according to FactSet. Banks selling such options need to buy the underlying to hedge their position, which also contributes to the price rise in what’s known as a gamma squeeze.

The SEC said on Monday that they were keeping a close eye on the recent sudden movements hitting particular stocks, looking for “any disruptions of the market, manipulative trading, or other misconduct."

Will Clover Health keep climbing? It’s hard to judge how ‘squeezed’ short-sellers are without knowing the details of their positions. AMC and GameStop are up nearly 2,500% and 1,500% this year respectively, while Clover only managed to turn out a 39% return year to date. But as always, nobody can predict what might happen, and investors believing in the ape strategy might be convinced to throw a couple Clover Health stocks in their portfolio, just in case, for fear of missing out.

“We are a big believer in the retail investor community,” Garipalli said on the company’s earnings call in May. Fun fact: this same call invited Reddit users to join in.