Could the euro fall as much as the yen just did?

The more than 6% drop in EURUSD over Q1 has become a key focal point for traders. With the forex pair recently printing a fresh YTD low, the big question for traders now is; are we going to see more downside over the coming months and quarters?

t’s important to get a handle on the key factors which have been weighing on EURUSD over the last three months.

One of the more idiosyncratic and saddening factors to emerge over Q1 was the Russian invasion of Ukraine. Given the proximity of the violence to eurozone member states, fears of big economic consequences and an outside chance of a military engagement between Europe and Russia, EUR saw huge outflows across Q1.

Additionally, the massive disruption caused to (already struggling) EU supply chains, as well as the loss of trade with Russia (particularly gas and oil) put the eurozone economy under great strain just as we were starting to see the single customs union picking up momentum with its post-pandemic recovery.

With the eurozone economy coming under fresh threat from the crisis in Ukraine, the ECB was seen lagging versus its US counterparts which began hiking rates in March. Federal Reserve tightening expectations are turning increasingly hawkish across the quarter, in stark contrast to ECB expectations.

This was clearly reflected in German/US yield spreads which widened sharply over the quarter.

At the latest ECB meeting (April 14th), the central bank signalled that it will begin scaling out of the record asset purchases made across the height of the pandemic, with purchases due to cease in Q3. However, citing downside risks and uncertainty linked to the Russia-Ukraine conflict, the bank warned that rates were unlikely to move until sometime after purchases conclude. Meanwhile, the last Fed meeting saw the bank turning sharply higher, showing support for larger .5% rate hikes at coming meetings following discussion of a such a hike in March.

The tone of the statement issued at the last ECB meeting was a solid example of the concerns held over inflation and growth in the eurozone. The April ECB statement saw the bank noting that “Inflation has increased significantly and will remain high over the coming months, mainly because of the sharp rise in energy costs. Inflation pressures have intensified across many sectors.” Additionally, Lagarde and co noted that “Trade disruptions are leading to new shortages of materials and inputs. Surging energy and commodity prices are reducing demand and holding back production.” 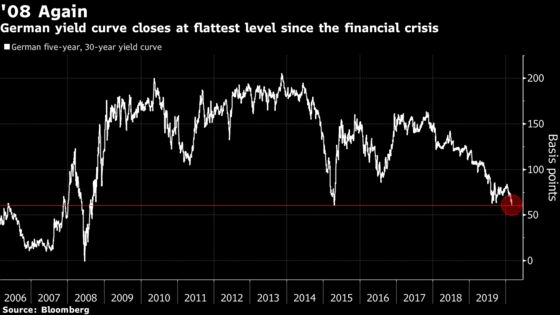 The combination of these factors has led to the ECB cutting its growth forecasts across 2022, in line with what we’ve heard from several key corporate banks. Looking ahead, the ECB forecast that “How the economy develops will crucially depend on how the conflict evolves, on the impact of current sanctions and on possible further measures.”

The important takeaway from this statement is that there are two-way risks in the outlook. The bank added the caveat that, despite the downside factors, “economic activity is still being supported by the reopening of the economy after the crisis phase of the pandemic.”

The key difference between EUR and JPY in this context is that the BOJ is aggressively committed to maintaining easing while the ECB (to some extent) has been side-tracked or delayed by the Ukraine conflict. Ahead of the invasion, we had heard a hawkish shift from the ECB in its inflation and rates outlook over the year.

This suggests that over the coming months, there are likely more upside risks than downside risks for EUR. With the current downside factors already well-baked into price action, any shift in the narrative will likely fuel a sharp shift in sentiment. If, for example, Russia and Ukraine can agree on a ceasefire, or something more permanent, this would change the outlook entirely.

At the point that the ECB then becomes more hawkish and starts playing catch up with the Fed, EUR positioning is likely to shift swiftly, affecting a large rally in EUR. However, it would likely take a major new catalyst (such as a meaningful escalation in the Russia-Ukraine conflict to drive EUR meaningfully lower.

With this in mind, traders might be better positioned to monitor markets for a bullish reversal in EUR over the coming months and quarters if these geopolitical risk factors are resolved or die down.