Cryptocurrencies and NFTs in Asia: a risky promise

East Asian markets are jumping on cryptocurrency and NFT opportunities, but high volatility and falling liquidity on the NFT market could end the promise of wealth prematurely.

Key takeaways on digital assets in Korea and Southeast Asia

Bitcoin and other coins, a door to escape for South Korean

Many young Asian traders are throwing their life savings at Bitcoin and other cryptocurrencies in the hope to create wealth, exposing themselves to a highly volatile market.

South Korea is the champion of crypto trading, being responsible for about 10% of all trades on the market worldwide. While Bitcoin remains popular, 90% of the trades occur on altcoins. The only point that hurts with such high volumes is that, although the market is fluid, some cryptos can trade with a premium of up to 20% in South Korea, greatly hurting traders’ profits.

No less than 2.5 million new accounts were opened in the country in the first quarter of 2021, with most traders being in their 20s or 30s. Over half of university students said they saw crypto trading as a possible investment, and 24% of students said that they invested.

The critical point is a social one. For many South Koreans, crypto is seen as an escape door from the conventional life path of working hard, getting money, finding a place, marrying, and having kids – which to many, does not seem attainable anymore.

Profit opportunities are great, but the government fear bankruptcy risks

The Financial Services Commission is warning that cryptos are still a young asset class, unregulated, and that the value of many of these altcoins cannot really be proven and threatens to go down in the abyss at any moment. However, they do not seem to have any interest in helping these young adults in a concrete manner and leave this responsibility to parents.

These young adults were not happy with this patronizing behavior. Indeed, this lofty advice sparked a violent reaction from the younger generation.

"You have people in their 40s and 50s speculating on housing upon which our citizens livelihood depends, yet it is inappropriate for people in their 20s and 30s to invest in coins? There's a whole lot we can learn from The Grown-Ups,” is one example of the posts you could read online.

One element where the government is right to worry though, is that many of these trades are financed with debt. If the household debt rose by 8% at the end of 2020, the debt for those between 20 and 39 was up 17%.

Even though a series of small personal bankruptcies will not affect the economy in the short term, it is always an issue to have a generation starting off in the world this way. What does not seem like a major issue today could transform into a major issue in the long term.

A new report by Nikkei News showed that coins are not the only favourite investment of young Asian traders: so are NFTs.

The debate is the same, asking the question: will these digital assets retain any value over the long term, making them a sound investment? However, this time, it is not only about buying a risky asset and holding it in the hope that it goes up and not down. Users are creating value and converting it into fiat money that helps them live a better life.

Axie Infinity is a game gaining in popularity where you collect monsters, breed them, and exchange them for money in the game. Players can earn real money by transferring their game money on their bank account. There are many examples of players making a few hundred dollars a month playing the game, sometimes earning even more than what they would earn working a real job.

Many people in emerging countries are turning towards such solutions to help them pay for studies or life expenses. Indeed, around 80% of Axie Infinity’s player base comes from emerging countries, countries where job opportunities are rare, and inflation threatens.

Riky Candra, a 20-year-old university student in Pekanbaru, said: "I've managed to earn a total of around 10 million rupiah ($700) in the year that I have been playing. I'm able to spend that on daily campus needs, such as books or other equipment, and I tend to set aside some for deposit as future assets." 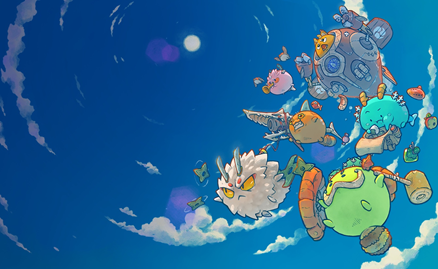 Ever since Beeple sold its $69 million NFT artwork at a Christie’s auction, NFTs have been in vogue. Southeast Asian artists are also exploiting this new technologic opportunity. The issue was that with physical artworks, buyers could buy the creation at a cheap price, and resell it for double or triple the price without any additional remuneration to the artist. The fact that NFTs can be coded to have a portion of the price redistributed to the artist with each resale is a major financial argument and does not fail to boost revenues. From Thai rappers to Singaporean street artists, many have found in NFTs a good opportunity to increase the value of their work.

However, enthusiasm may falter. Naohito Yoshida, CEO of Digital Entertainment Assets, warns that buying NFTs for collecting purposes is a great idea, but the lack of volume could be an issue for the dealer aiming for profit: low volume naturally means that it becomes harder to sell your asset whenever you want to. 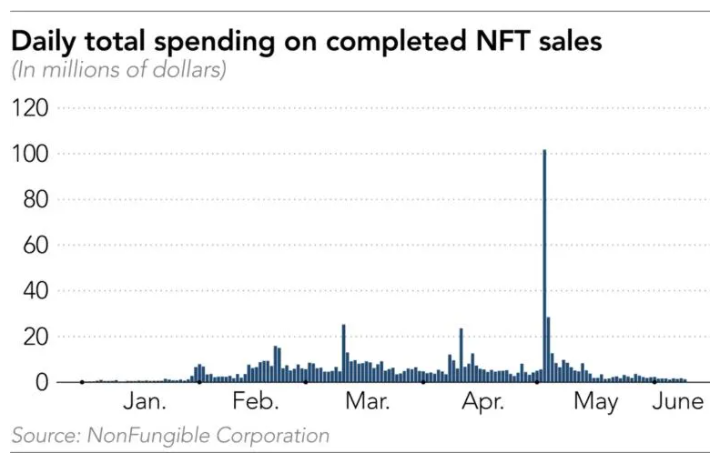 If $101 million of NFTs sold on May 3, this number dropped to an average of $2 million a day by the end of the month, or 50 times less. This could prove to be a real issue if sales volumes keep falling.

In the end, digital assets keep seducing Southeast Asians, both for their convenience and high potential of profits. What may look like small sums for developed countries can really change the lifestyle of others in developed country, giving a social dimension to the technology which also helps even out revenues across the globe.

However, this great opportunity also comes with risks, such as volatility of the cryptocurrency market or the lack of transaction volume of the NFT market. Profit opportunities are great, but states should make sure to warn their youth on the risk of such investment. It is great to have the opportunity to build wealth using new digital assets, but it could become an issue if diversification is neglected. 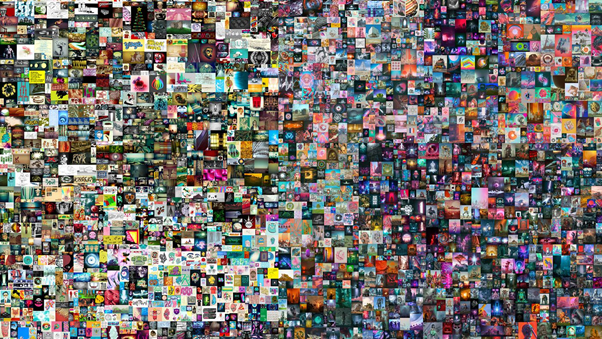 The Beeple artwork that sold for $69 million at a Christie’s auction (Source: The Verge)

Frenzied Crypto Traders In South Korea See Coins As Their "Last Chance Of Escape", in ZeroHedge

Non-Fungible Tokens Are "Changing The Lives" Of Many In Southeast Asia, in ZeroHedge