Discord is killing it. Here’s why.

With over 100 million users and a $3.5 billion valuation, Discord is a big deal. But what is the recipe of such a success?

Discord is many things. First and foremost, it’s a chat app. The interface is very similar to Slack and you can join servers with a wide range of topics, from Parrot’s nest – a server dedicated to parrots and their care – to pro gamer, tryhard top level servers, where you will get yelled at immediately after every mediocre play. Some use it for their study groups, others to discuss history or share cooking recipes. There is a group for everyone. While it used to be a platform dedicated to gamers so they could flame each other with HD voice transmission, today, over 30% of servers do not have a link to video games – such as parrots. The platform offers various methods of applications, such as voice, video and chat messages. 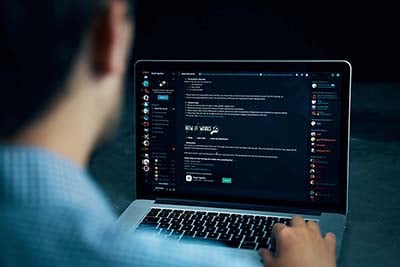 Discord is also a lot like Twitch, as it’s also a live-streaming platform. Gamers can stream their gaming sessions in real time and chat with their colleagues or followers. It can also be used to co-watch TV – weird activity, but okay – and attend live-streamed class, giving it a very versatile use.

Finally, Discord is also a private social network. Users can add “friends”, although they do not bother you with the likes and upvotes. The goal is really to connect and communicate. Discord founders did not want to bring social pressure, vanity metrics and all the negative sides of social media onto their platform. The platform has a real sense of community, as 80% of servers have less than 200 participants.

While we’ve talked a lot about Tick Tok, Tesla, Nvidia, Microsoft and other tech companies, we rarely hear about Discord, which is too bad. Since early September, the app has seen new highs in terms of download, as you can see on the graph down below: 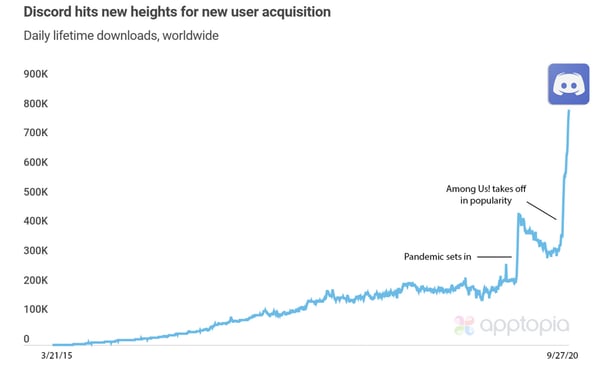 Discord’s user base has seen a 50% increase since February, and first download spikes started in March. This growth can be largely attributed to the game Among Us!, a collaborative multiplayer game in which the concept fits perfectly with Discord’s communication tools. The number of downloads speaks for itself. Do you remember Fortnite, one of the most popular in the recent years? During its first two months, the game was downloaded 22 million times. Enormous, right? Well hold on to you seat: in the same time period, Among Us! has been downloaded over 74 million times. That’s about 800’000 installs a day. Casual success.

This shows the increasing social element in video games. Players do not only want to be distracted and enter a different world for a while, they also want to be part of a community, of something bigger, a feeling that intensified as many were locked inside for months. The slogan of the company says it all: “Your place to talk”.

Reports increased along with user count

In the last 6 months, the number of overall reports has almost doubled, which seems to be inline with the increase of users. They have received 235’000 reports from January to June 2020, whereas the platform only had to deal with 128’000 between June and December 2019.

The biggest issue is spam, which represents 65% of complaints, and only 13% were linked to harassment. A spam abuse is easy to identify as one can analyze the number of messages per minute and copy pastes, but harassment is harder to pinpoint and identify. 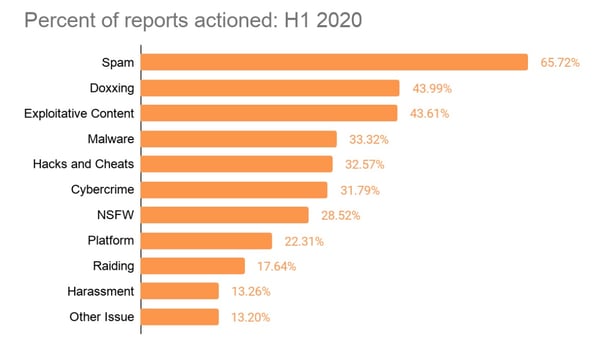 In any case, Discord is fighting hard to prevent abuses, putting an extra effort in banning harassers and people posting non-consensual photos of others. They probably simply didn’t expect to have to meet the challenges of such high growth so soon.

Other than that, the company’s future is looking bright. Many users keep joining, and this community feeling, strengthened by confinement isolation, will most likely not go away anytime soon. And face it, if you have a weird unpopular hobby such as turtles, you’ll definitely have a place to talk about it, and that’s great.

Read our next article: 3 smart ways to set profit targets