Dogecoin faked it until it made it; but does DOGE hold real value?

Dogecoin, a cryptocurrency with limited use and fundamentals, has seen a massive rally. I has been so heavily traded that it crashed some trading websites. But does this altcoin hold any kind of value?

Created as a joke back in December 2013 by 2 Australian engineers Billy Markus and Jackson Palmer, Dogecoin serves no particular purpose. Its creators simply wanted a fun payment system that would be easy, fun, instantaneous and free from traditional banking fees.

Like any other digital coin, Dogecoin can be bought and sold like an investment or spent like money. It is easily recognizable with the little doge head stamped on the coin, giving it its name.

A tremendous rally this year has now gone parabolic 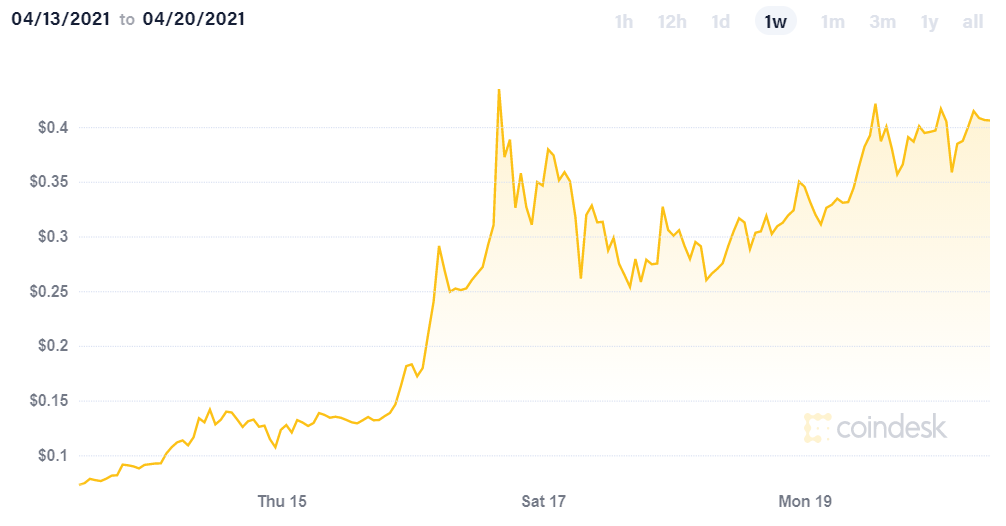 Following a recent push from celebrities like Elon Musk and Snoop Dogg, supported by online forums such as Reddit, not unlike the now famous WallStreetBets, Dogecoin surged in the past few days. This year, the coin is up over 8,600% – that is double the gains on the S&P 500 including dividends since 1988 – putting it as the 5th most valuable cryptocurrency on the market according to CoinMarketCap.

Dogecoin suddenly became one of the most widely traded assets with market capitalization of about $50 billion. To give you some comparison, it is now worth more than Ford Motor Co.

Sometimes, markets are like that: the weirdest trades can result in the greatest gains. A $10,000 investment in Dogecoin on December 31st, 2020, would be worth $821,000 today. The same amount would be worth $87,250 if invested in GameStop and only $11,500 if tracking the S&P 500 (including dividends!). Another fun anecdote is that if any American had invested all three government stimulus checks in Dogecoin, it would be worth over $300,000 today.

Should the uptrend last and the coin rise to $1 – its all-time high was $0.45 –, it would be worth more than many blue-chip companies, including General Motors.

What is the difference between Dogecoin and Bitcoin?

For one there is Dogecoin’s limited use: there is not much you can do with it in the real world, aside from speculating and tipping NFT artists. Of course, this can always change if the cryptocurrency is adopted by enough people or businesses - but we are certainly not there yet.

The big difference between a coin like doge and the bitcoin is scarcity. Unlike bitcoin which has a finite amount of 21 million coins, Dogecoin does not face the same limit: everyday, computers solve mathematical puzzles to unlock new coins. Bitcoin enthusiasts tout it as a store value like gold. This claim is only possible because of the finite supply i.e. there is what there is, and we cannot make more of it. The fact that dogecoins can be minted indefinitely is precisely why it will likely never reach the same price levels as bitcoin. If bitcoin is digital gold, critics would say dogecoin is nothing but a (funny) digital currency.

With this lack of scarcity (and use), there is a strong possibility that Dogecoin will be remembered as nothing but an impressive speculative bet.

We only need to look at a price chart to see a bubble in the making but in the new era of digital assets and digital currencies, it’s possible we are still in the early innings of a whole new way of valuing assets, of which Dogecoin is a part. Still, it is hard to expect Dogecoin climbing to $100 but if current momentum continues, its price could go up to a dollar or more.

According to Dave Portnoy, this is just straight-out betting based on literally nothing. “It’s a pyramid scheme, except it’s coins”.

In any case, while Dogecoin may be a funny & extreme play on the rise of cryptocurrencies, Bitcoin and Ethereum are still up 90% and 180% this year respectively as the crypto industry matures. Many large companies are entering the market and Coinbase’s IPO listing on the Nasdaq has been one of the last pushes to make cryptocurrency mainstream. 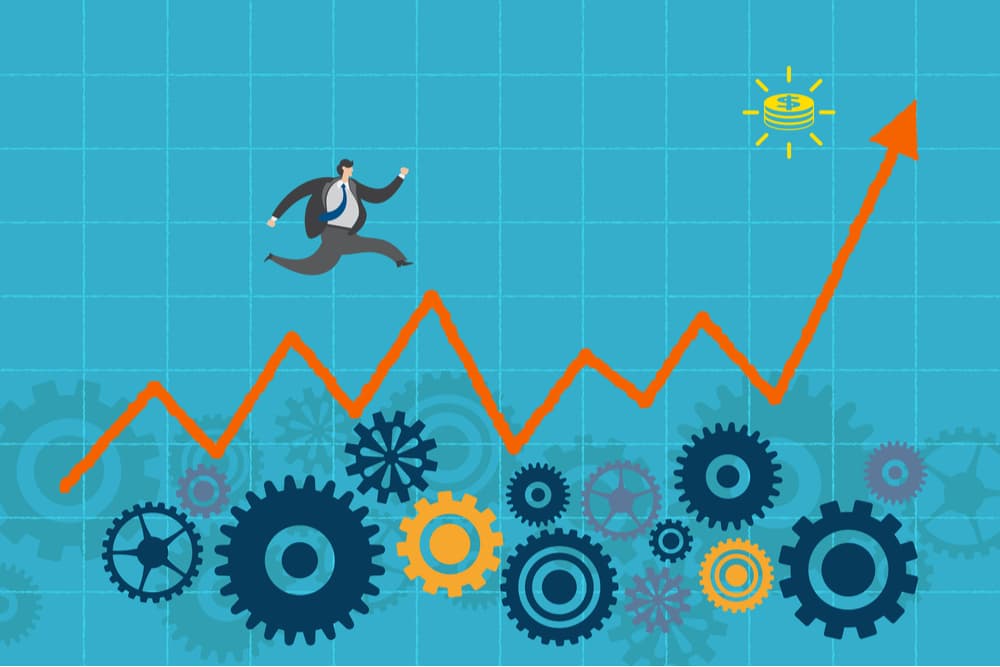 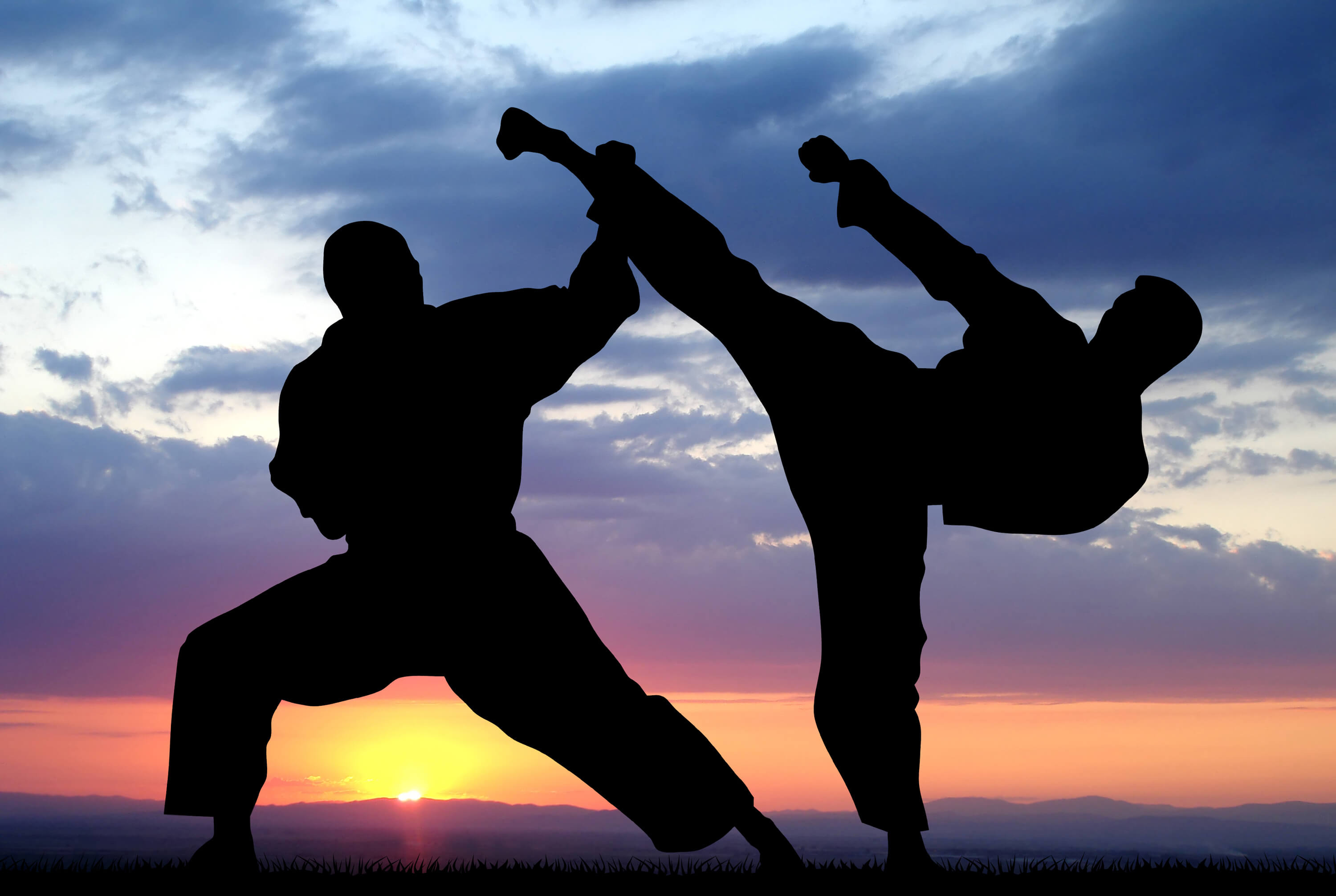