The euro-dollar exchange rate (EUR/USD) is at its highest in 3 months amid dollar weakness and efforts to finally pass the EU budget & recovery fund.

The EUR/USD snapped out of a 2-year downtrend this year and ran up to the 1.20 psychological level. In last 3 months the pair has consolidated in a 400-pip range underneath 1.20. Now it looks posed for a possible upside breakout.

The euro had a strong month of November, rising 400 pips. The gains came alongside global stock markets and off the back of a weaker US dollar following news of effective covid-19 vaccines. The euro strength came despite a hold-up in signing off the EU budget deal due to protests from two member states, Poland and Hungary. Leaders from the two countries have a problem with the EU tying the availability of bailout funds to 'rule of law' provisions that could see the EU 'punish' nations for falling out of line.

Why does it matter?

What has been proposed for the EU Recovery fund is a potential game-changer for the European economy for two reasons. First it is a big boost of spending that should help sure up a faltering economic recovery amid the second wave of the pandemic. Second is that it involves the first joint issuance of debt across the union. The EU commission will raise the funds in debt markets on behalf of the union and distribute them in pre-determined rations based on pandemic impact and economic need. 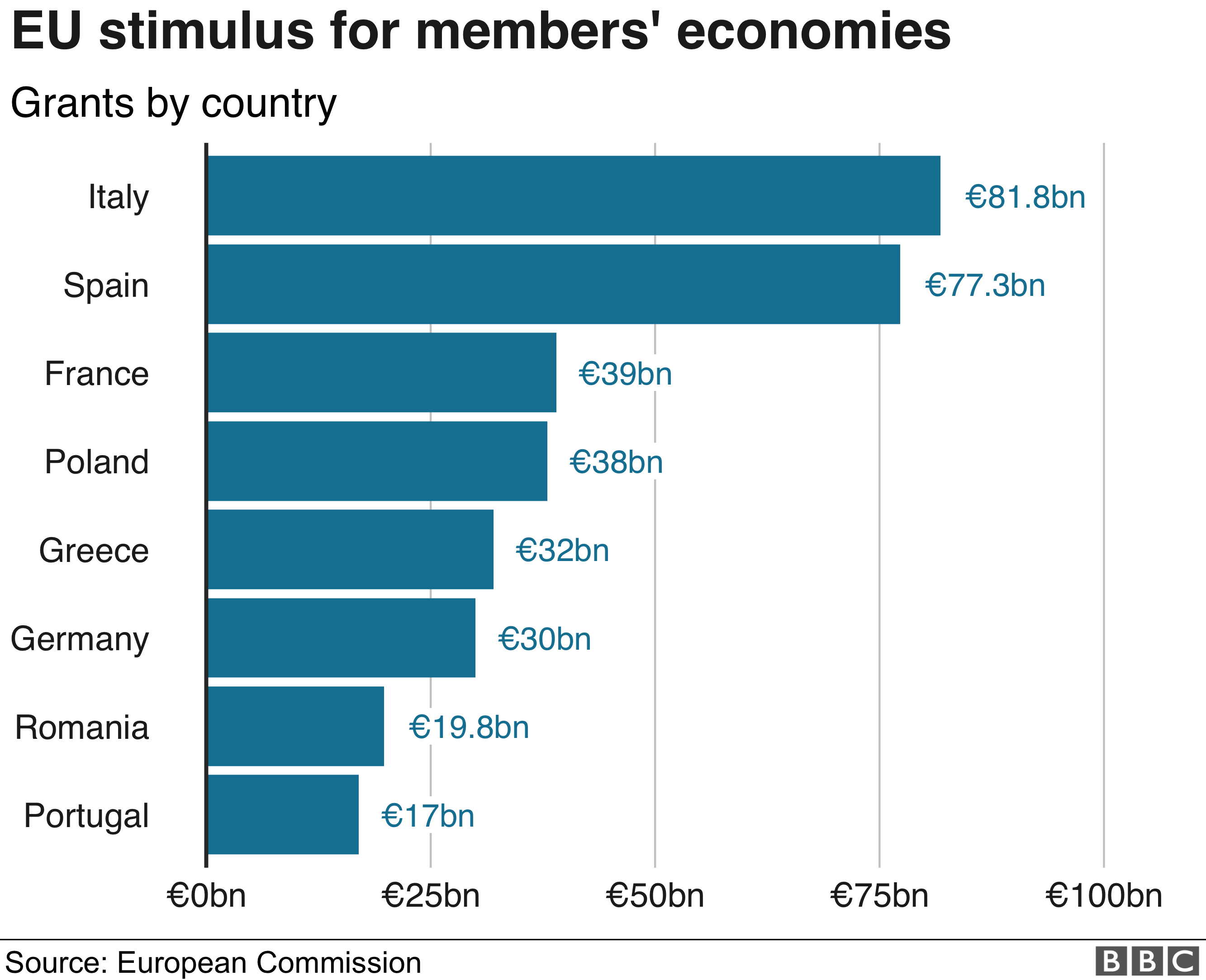 Foreign investors, especially Americans have been put off by Europe’s uncoordinated economic policy. While monetary policy is centralised with the ECB, fiscal policy is scattered across national governments. There have long been calls for fiscal consolidation but the ‘pesky’ issue of national sovereignty has prevented it. While the joint issuance of debt for the Recovery Fund is designed to be a one-off, it sets a president and many investors view it as a path towards greater political integration.

Speculators are net short the US dollar in anticipation of further depreciation. They flipped bearish against the dollar in 2017 but it was short-lived. Those bets returned this year after the unprecedented set of new easing policies announced by the Federal Reserve. 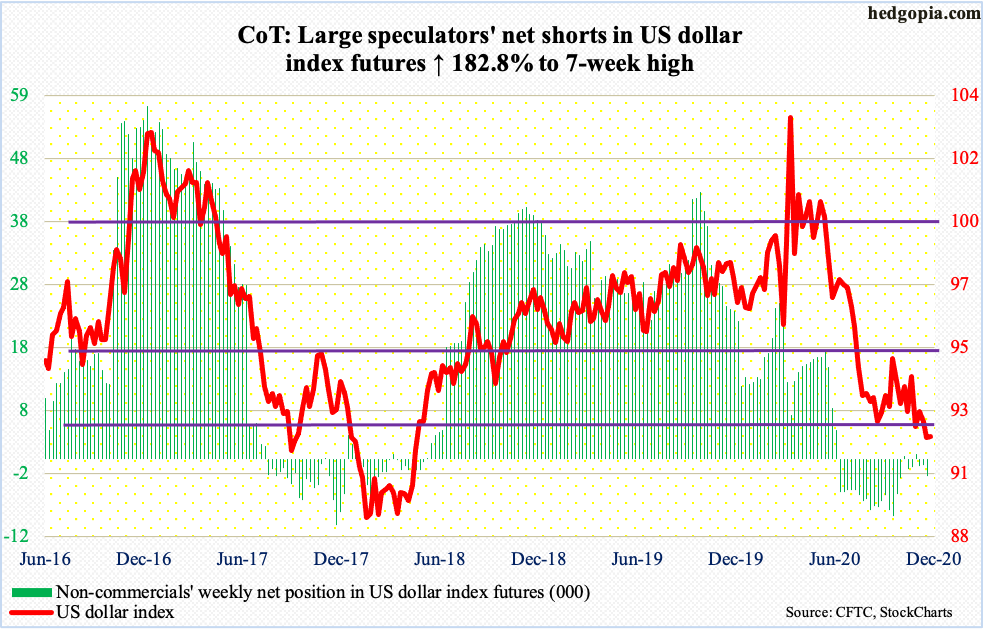 Under the current environment the dollar is viewed as the primary source of liquidity when uncertainty rises and investors want to cash out of risky bets. The Treasury market would once have filled this role but plummeting yields and lower liquidity have made them less attractive.

This means that while economic sentiment is rising and vaccines lift hopes for a strong recovery in 2021, there is less need for liquidity in the dollar since investors prefer to be more fully invested to take advantage.

Both the Fed and the ECB have meetings coming up in December.

The ECB flagged a clear intension to add to its stimulus measures come December at its last meeting in October. This likely means additional bond-buying and more support for banks to encourage lending. Extra monetary easing devalues a currency. The underlying reason for the decision to ease policy is also bearish for the currency – namely that the European economy faces the risk of a return to recession in the fourth quarter. Many European countries have locked down again in response to a second wave of the coronavirus. Inflation has been falling for four months thanks largely to a slide in energy prices but core inflation is a lacklustre 0.4%. 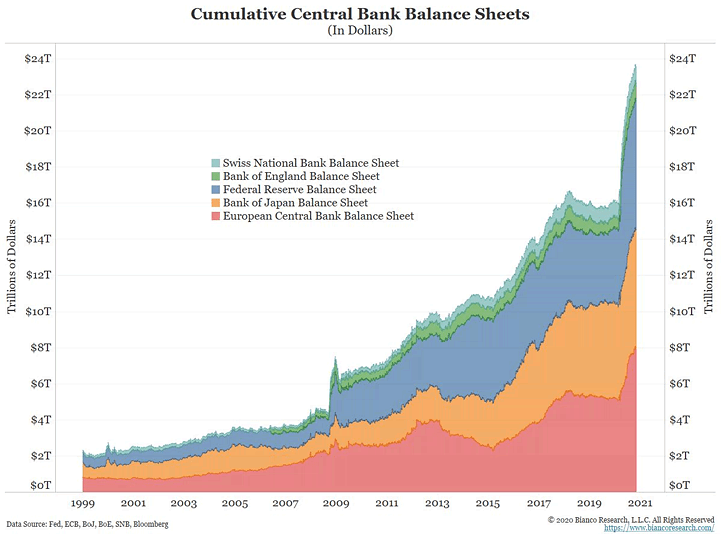 One of the reasons the euro is rising in the face of plans for easier monetary policy in Europe is that similar plans are being conjured up in the United States. FOMC minutes from the November meeting showed the Fed was deliberating providing additional stimulus of its own. This seems especially in the absence of a new fiscal stimulus deal from Congress.

A stronger European economy in the medium term and greater economic coordination among European nations are both considered positives for the euro. At the same time, rising optimism around covid-19 vaccines are causing speculators to add to bearish dollar bets. However, the EU Recovery fund is not yet agreed and the ECB looks set to ease policy again in December.