Financial repression at its peak?

Here we go. In July, the yield to maturity on the riskiest U.S. bonds named "junk bonds" fell below the rate of inflation for the first time. While yields are supposed to compensate investors for default risk and inflation, bondholders are now "guaranteed" a loss in real terms. Simply put, we are witnessing a transfer of wealth from savers to borrowers.

This event is the consequence of an unlikely combination, that of a consumer price index that has reached its highest level since 2008 (5.4%), while 10-year US Treasury yields have fallen back below 1.30% and risky bond spreads continue to tighten. 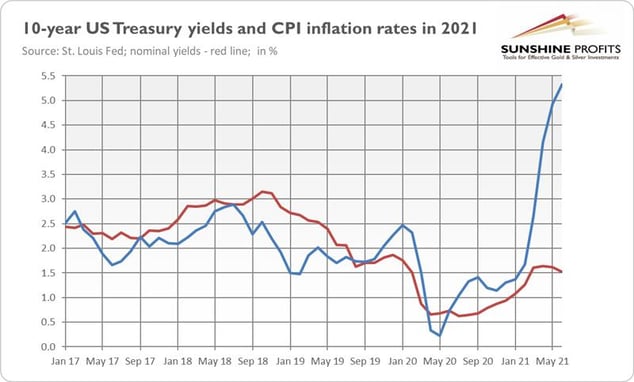 But this is also another important step in the "financial repression" that has been underway for over a decade. In the wake of the 2008 crisis, political leaders needed to revive growth while dealing with a mountain of debt. They decided to implement a policy of very low interest rates (which allowed for a reduction in the cost of borrowing) while betting on a resumption of inflation (in order to erode the real amount of debt over time). Expansionary monetary policies ("quantitative easing") are the preferred instrument for implementing this financial repression.

Almost thirteen years after its debut, what have been the virtues and limitations of this policy? On the positive side, financial repression has had the merit of stabilizing the financial markets and avoiding an economic depression similar to that of the 1930s.

Figure of the Fed Balance Sheet compared to the S&P500 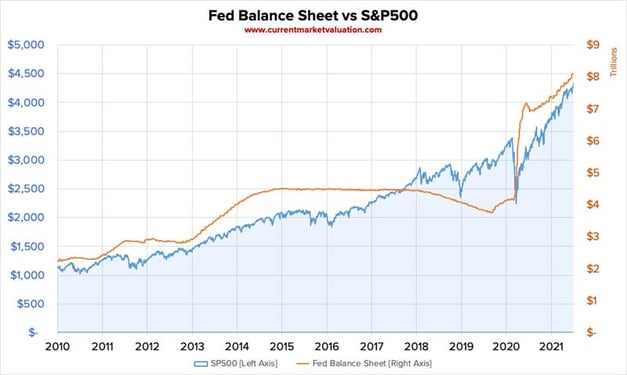 This policy also gave governments some breathing space by reducing the cost of debt and giving them time to implement reforms. Above all, it has allowed savers invested in risky assets to become richer. But this policy also has a cost: an inefficient allocation of capital, the famous moral hazard, the temptation of governments to postpone reforms, etc. And the result is an explosive cocktail: sluggish growth, the explosion of the world debt (from 140 trillion dollars in 2008 to 290 trillion by the end of 2020), the appearance of new financial bubbles and the widening of inequalities. The longer this financial repression remains in place, the more difficult it will be to get out of it. Some studies have shown that it takes at least 25 years for this policy to produce the effects initially expected. If this is the case, investors may have no choice but to increase their risk in order to produce positive real returns.