Fox Corp stock dropped after US President Trump vented about its election coverage. Will Fox rebound and what other opportunities are there in media?

Must know before investing in the media

.@FoxNews daytime ratings have completely collapsed. Weekend daytime even WORSE. Very sad to watch this happen, but they forgot what made them successful, what got them there. They forgot the Golden Goose. The biggest difference between the 2016 Election, and 2020, was @FoxNews!

Shares of Fox slumped on Thursday and closed near lows of the day. 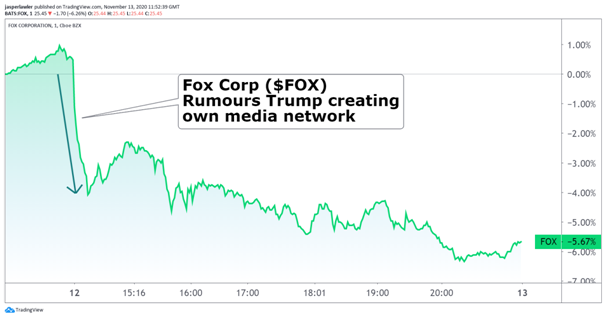 It will be a tall ask for Donald Trump to eat into the cable network’s vast business with an online streaming channel. However, as the most famous conservative in the country – and for the last four years – the most famous man on the planet – Trump has a lot of influence on conservative viewers.

Media companies like Fox negotiate rates with advertisers based on their viewership ratings. If Donald Trump puts enough people off watching Fox, that is a direct hit to the company’s bottom line.

Can the stock bounce back? There are 2 good reasons why it could.

Media as a sector has only slightly outperformed the S&P 500 as an index because as an industry it has been doing relatively well this year but there is large variation between the performances of the individual names. The chart below shows XLC, an ETF for the media industry outstripping the S&P 500 - but Netflix has far outperformed, while Disney has significantly underperformed. 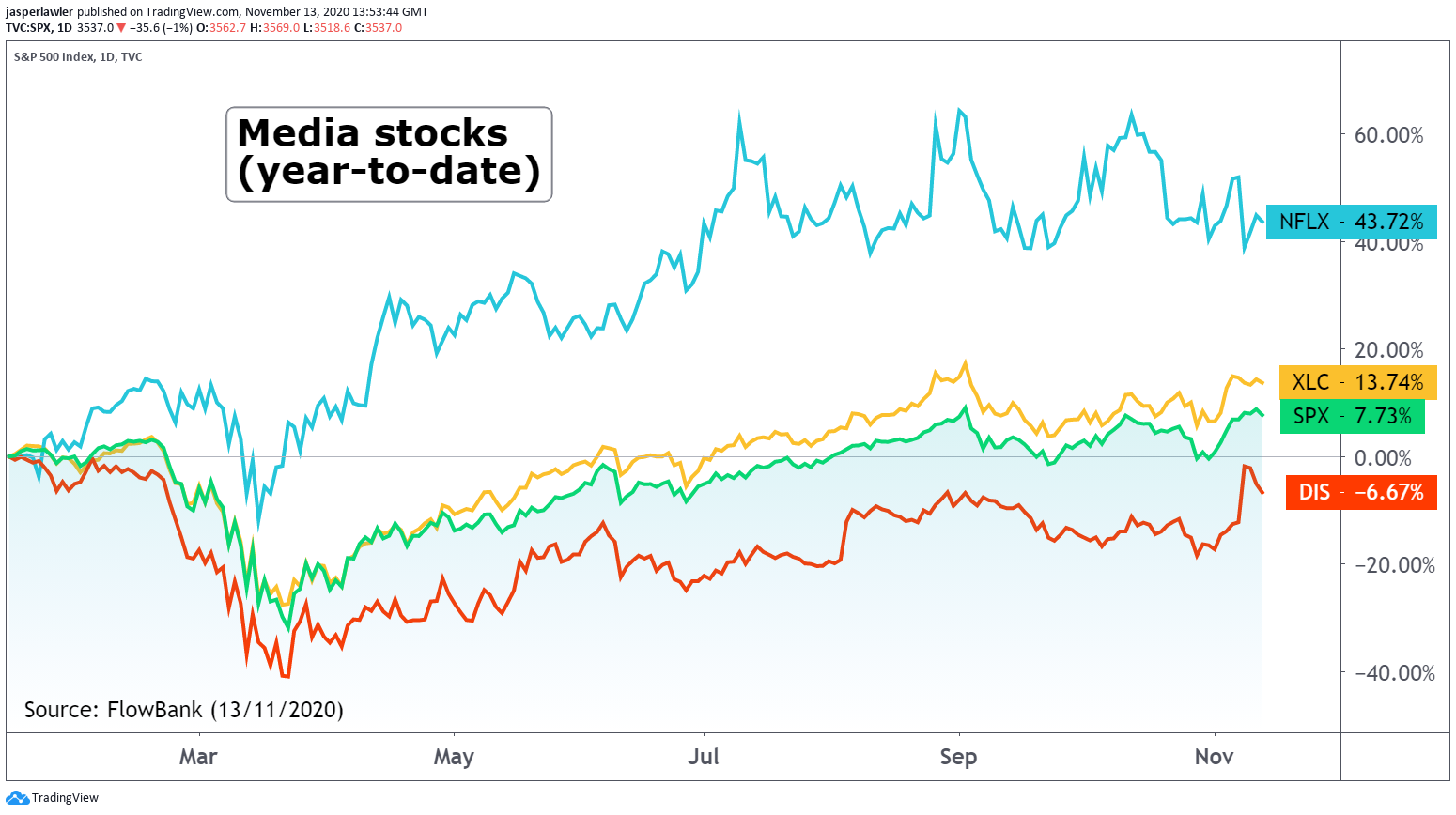 These days media can be split into two categories - legacy media and new media. The growth is very much toward new media - and of course social media via the internet.

1. Finding the old media companies that are trying to put themselves in a position to benefit from new media - e.g. Disney moving into streaming with Disney+

Where Investing in the media :