YouTube’s short-form video-sharing platform YouTube Shorts launched in the US just 15 months ago, but it is already soaring. Does it have the power to take on the competition and deliver significant sales for Alphabet?

With the success of short-form video-sharing platforms like TikTok and Instagram’s Reels, short-video format has evolved from “good-to-have” to “must-have”. In other words, social media platforms are focused on developing something like TikTok, to replicate its overnight success in what took more than a decade for Facebook and YouTube to accomplish. For instance, Elon Musk recently stated he aimed to make Twitter “less boring, more like TikTok”.

YouTube Shorts are short-form video formats of 60-seconds or less. They resemble TikTok with their vertical video format, intended for the endless videos feed to be watched on smartphones. Like YouTube, they allow users to add licensed music and captions. 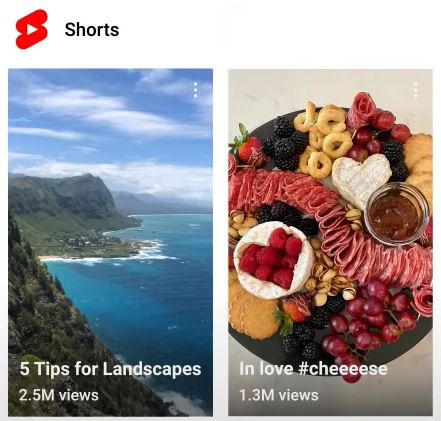 Shorts first launched in India in September 2020, where TikTok is banned, and launched in the US in March 2021. It has expanded to more than 100 countries since.
To attract creators, the tech giant launched the YouTube Shorts Fund in May 2021, a USD100 million pool to compensate creators for their content.

In mid-June, YouTube revealed more than 1.5 billion people view its short-form videos monthly, signalling the product continues to be an integral part of the YouTube experience. Views for YouTube Shorts hit 30 billion views per day, in the first quarter of 2022, a 4x increase from this time last year, reflecting the exponential growth of the YouTube Shorts service.

While precise growth numbers remain opaque, there is growing evidence and testimony from creators that YouTube Shorts are growing exponentially globally, quickly becoming a serious rival to TikTok, ahead of Meta’s Facebook and Instagram Reels.

YouTube, which grew 14% in the first quarter and generated USD28 billion in advertising revenue last year, is likely to move in rapidly placing ads in Shorts, but at the same time it will be careful not to negatively impact the user experience, to ensure not losing market shares. This will be a key challenge, together with proving YouTube can convert YouTube Shorts views to substantial ad dollars. Shorts may also bring a key advantage to YouTube, by attracting more views to its traditional long-form videos, which generate serious ads money.

TikTok, Reels, and Shorts all compete fiercely to be the platform of preference. YouTube Shorts is in second place and gaining ground, according to a survey by data platform company Inmar Intelligence. It has a key advantage in that it already dominates in long-form video format benefiting from a large viewer and creator base and has a well-developed infrastructure in place to reward creators with ad dollar. On that note, YouTube Shorts could attract creators from TikTok, as it may offer more attractive commercial terms.

On the other hand, TikTok benefits from first-mover advantage and has more advanced features such as special effects, which YouTube is attempting to rapidly catch-up to. TikTok is also entering YouTube’s category of longer videos, raising the maximum length of videos to 10 minutes, from 3 minutes, which could create competition for YouTube’s most lucrative business.

Facebook and Instagram Reels are also competition, and in February Chief Executive Mark Zuckerberg noted that Reels was the company’s “fastest-growing content format by far.” In a survey, YouTube Shorts fared better among older demographics, whereas TikTok continues to dominate among younger viewers.

YouTube Shorts have the potential to take over TikTok to reach the number 1 spot, as YouTube benefits from a well-established platform and reward system in place for creators. Now that YouTube has recognised short-form videos as a critical element of its business, the probability of it dominating the space is increasing. Nonetheless, the agility and ability of TikTok and Meta to innovate cannot be brushed aside as we are still in the early innings of the race to become the platform of preference.