Green bonds are the new cool: a glimpse into 2021

Green bonds are seeing an increasing popularity and investors should be ready for their arrival as policymakers are looking for ways to kick off a sustainable Corona recovery. So what are green bonds ?

The energy business and the crucial need for large funding

The energy business requires large amounts of capital. For some companies, investment can go up to the tens of billions of dollars. The International Energy Agency estimated that the total capital investment in energy infrastructure between 2017 and 2020 ranged from $1.5 to $1.8 trillion each year, which is enormous.

In the same manner, the global transition to renewable energy requires a very large capital investment: between $250 and $350 billion each year for the past decade. While these numbers may seem impressive, analysts expect them to grow even more over the next three decades as the world attempts to lower carbon dioxide emissions.

Companies and governments alike need to find a way to raise this money. An oil company can finance its infrastructure investments with their existing cashflows without too many issues, but this option is non-existent for a small renewable energy company that is looking for a $2 billion solar field investment.

After the rise and fall of yieldcos, an instrument that was used to finance renewable energy investments, only one solution remained: green bonds. 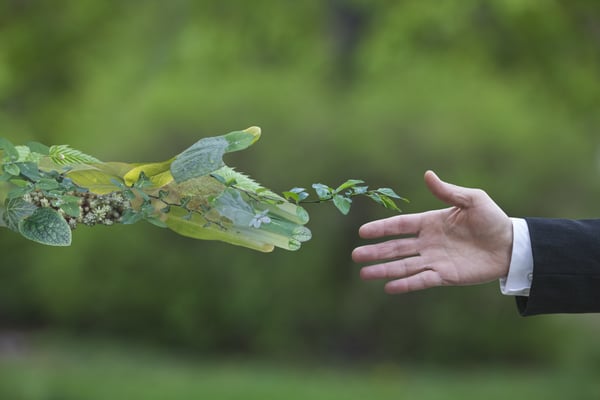 What is a green bond and why are they interesting?

Green bonds have been around for a while now. It was the European Investment Bank (EIB) which circulated the first bond back in 2007, called the "Climate Awareness Bond".

Green bonds work very similarly to regular bonds, aside from a couple differences. By and large, bonds are issued with a defined interest, which does not change over time (unlike the yield). Also, traditional bonds do not give indications about how money will be used. However, Green bonds offer more transparency in a way that bondholders can be certain that their money is used to finance renewable investments only.

Bonds differ from stocks in the sense that you do not own a part of the company but however you have the advantage of being paid back in priority in case the project fails.

What will happen to green bonds in 2021?

According to the FT, Governments and companies are expected to issue around $500 billion in green debt in 2021. While as of now, green bonds only represent a fraction of the global bond market, they are rising in popularity as a tool to fund environmentally friendly projects. The EU said they will launch €225 billion as part of their €750 billion borrowing which will fund its Covid-19 recovery plan.

On their side, HSBC estimates a total green bonds issuance between $310 and $360 billion for the year, pushed by the fact that Joe Biden's presidency is much more friendly towards ESG investing, contrasting with the Trump presidency. Biden has promised to re-join the Paris Climate Accord, and that the US would aim for a carbon neutral economy by 2050. We also need to add that Brian Deese, head of sustainable investing at Blackrock, is leader of the National Economic Council. This could even create a shortage of green bonds in the US, leading to a "greenium" where investors would need to pay more for green bonds.

Dominic Kini, European Credit Strategist at HSBC, holds that although green and traditional bonds with the same issuer, maturity and coupon should have the same yield, it might not always be the case due to a higher demand for the green bond alternative, making them slightly more expensive. Nevertheless, evidence of this assumption is not yet confirmed: The Climate Bond Initiative analyzed 46 green bonds issued in the first half of 2020. They managed to create a yield curve for 21 of them. Out of these 21 bonds, only 5 showed an evidence of ''greenium''. But things might change when monetary policies strengthen, and interest rates go back to their normal level. 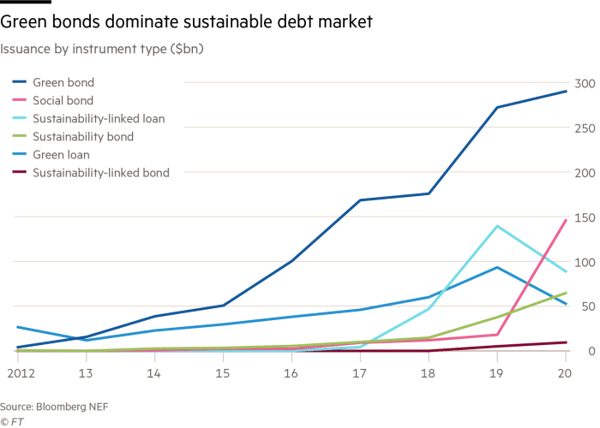 How to buy green bonds?

The easiest way to get into green bonds is generally to diversify as much as you can. One strategy is to buy into one of the many green bond mutual funds on the market. These investment vehicles gather multiple green bonds around the world and can be an interesting way to start when one does not know where to start or which green bond to pick.

Examples include the Calvert Green Bond Fund, with 166 holdings as of the end of 2020. Their largest holding amounts to 3.8% of the portfolio and has a 1.75% interest rate. Another example is the Mirova Global Green Bond Fund, which had a trailing return of 4.83% over the past year and 5.22% over the past three years. Of course, these are not the returns that make you dream like Apple and Tesla, but the risk is very low and if you care about the environment you can be sure that your money will be used towards goals that you believe in. 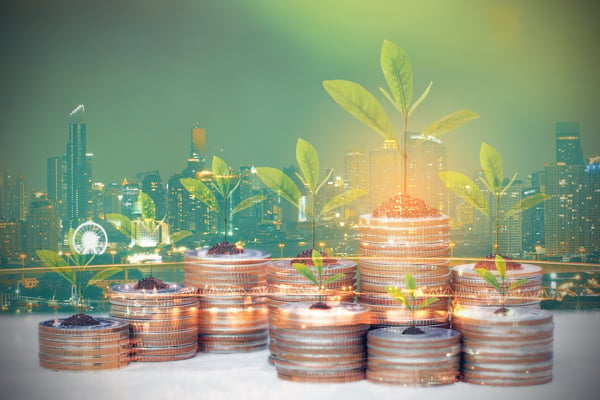 Overall, green bonds will become increasingly present in our financial system. According to Frans Timmermans, executive vice-president of the European Commission, we all need to pay attention to this instrument: “If you see organizations like BlackRock making this really enormous change into the green economy, if you see them all waiting for us to come up with green bonds because they want to be part of this — I believe this is the moment to do this.”

How Green Bonds Work, in Forbes

Analysts expect as much as $500bn of green bonds in bumper 2021, in the Financial Times