After the network's active nodes crossed 100,000 and the project received $111 million through a token sale, HNT’s price reached a three-month high. Is Helium’s project about to revolutionize the way Internet of Things devices function using blockchain technology?

Shawn Fanning, Amir Haleem, and Sean Carey founded Helium in 2013, a decentralized peer-to-peer 5G wireless network, with the goal of making it easier to design connected devices. The idea is to build what they call "The People's Network," a blockchain-powered network for Internet of Things (IoT) devices (bikes, elevators, sensors…) which is built and owned by you. In other words, they created a simple device, called the Helium Hotspot miner, that people can have at home which provides your city low-power coverage for IoT devices and rewards with cryptocurrency.

A hotspot is a physical location where people can access the Internet, typically using Wi-Fi, via a wireless local area network (WLAN) with a router connected to an Internet service provider. The Helium Hotspot is a device that creates a large wireless network for the Internet of Things. A low-bandwidth internet connection is provided by hotspots which is called a LongFi because it reaches 200 times farther.

Fun Fact: It is expected that in the next five years 75 billion devices will need some way in which to wirelessly connect to the internet. (See graph below)

Figure 1: Forecast of the number of IoT devices 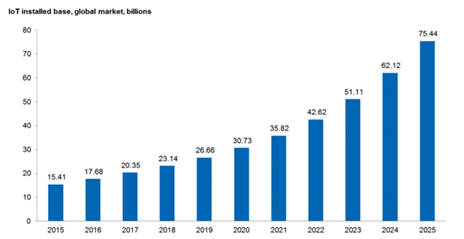 To verify that Hotspots are situated where they claim, the Helium blockchain employs a revolutionary work method known as “Proof of Coverage” (PoC). To put it another way, PoC seeks to check that Hotspots are accurately representing their location and the wireless network coverage they create from that area on a regular basis. The blockchain is constantly interrogating Hotspots using a mechanism known as a “PoC Challenge”. The PoC challenge involves three distinct roles:

Finally, up to 32.5% of minted $HNT is distributed to Hotspots that transfer IoT data from devices on the network.

What is the idea behind “the People’s Network”?

We’ve all used Wifi to watch YouTube videos and cellular data to play games on our phones. We connect to the internet every day, and not just people! Parking meters, traffic lights, and scooters all connect to the internet too (IoT devices). Cellular data plans can be pricey, it is not like these items can log into a nearby café’s Wifi. So wouldn’t it make sense for all these things to have their own internet? A network designed just for them, allowing them to stay connected at all times and from anywhere. Well, that is what Helium’s Hotspots do.

By having a Helium Hotspot in your house and thus building a community of connectivity, you get rewarded helium tokens, a cryptocurrency. The more IoT devices connect to your Hotspot, the more tokens you will get.

Figure 2: Where hotspots are located 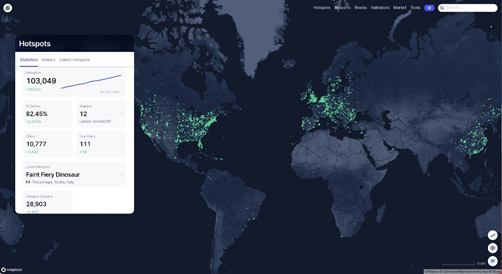 How does it work?

A helium hotspot is required to construct a network, but it may also be built using open-source software and off-the-shelf hardware. Using a wireless technique known as LongFi, thousands of devices can be connected over kilometers of range. Then you have Helium's LoRa technology which allows it to send wireless data over vast distances with minimal power usage, albeit at very slow transmission speeds of only a few kilobytes per second. 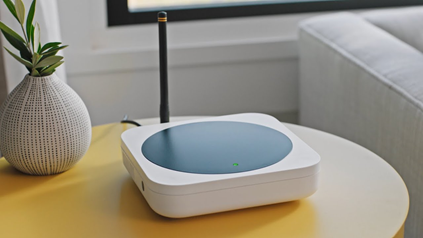 In exchange for building the network and providing connectivity as a service, hotspots mine HNT, a new cryptocurrency on the helium blockchain. Hosts receive HNT when their Hotspots provide coverage and transfer device data. Its Hotspots are distinct from traditional cellular networks in that they employ various standards and frequencies. Unlike existing networks, the people's network is leading the path for future wireless networks by giving you ownership while increasing coverage and affordability for a new class of devices.

Helium just held a private token sale for a restricted group of investors, raising a total of 111 million USD. The sale included some of the most well-known institutional investors in the blockchain field such as Andreessen Horowitz, Alameda Research, Multicoin Capital, and Ribbit Capital who all sponsored the offering.

The news of the completed token sale has elicited overwhelmingly positive reactions in the HNT/USD market. HNT was up +27.83% from its previous day on August 10 and is at the time of writing only 3.33% away from its all-time high on May 2021. 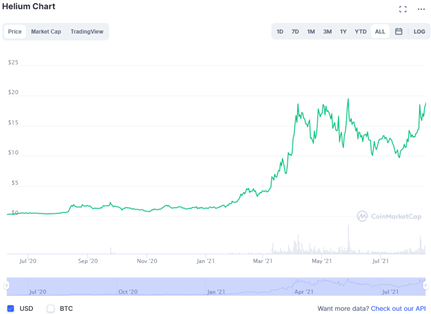 Does it pay to run a Helium node?

Costs: Hotspots’ prices can vary slightly depending on the manufacturer, but on average a helium hotspot costs $495, shipping costs included. Concerning operating costs, they are negligible as the device is extremely energy efficient with a power consumption of only 5W.

Revenue: On the revenue side, location is everything. Keep in mind that you're mining HNT to provide network coverage, so placing two hotspots next to each other is pointless. A single hotspot earns very little on its own, but if there are only one or two other hotspots in the zone with whom yours may link, the mining benefits are substantially increased.

Is it worth it?

Return on investment varies depending on several factors:

As you may have understood, there is more to generating revenues than just installing a hotspot miner. The position is obviously the biggest factor that determines how much you can make, but also your hotspot miner should be free of obstructions as it can interrupt radio waves and should not be near dense objects as it can impact its signal.

Helium is revolutionizing Internet of Things devices by providing a less expensive, low-power, and decentralized machine networks while also rewarding the hotspots owners with HNT. Their project is ambitious, and more and more hotspots are being installed. Helium is now the fastest growing wireless network ever and is comprised of more than 100,000 hotspots!

It is evolving and has embarked on the path to deploy a 5G cellular network of gateways and hotspots. Moreover, the $111 investment has made Helium’s share price jump, but who knows if that paved the way for a continuous long-term growth. One can question Helium prospects as earnings decrease in crowded areas… Indeed, how revenues are going to evolve with the nodes’ growth?