These 5 Candlestick reversal patterns are one of the quickest ways for beginner traders to develop an edge trading the forex market.

How do you read a candlestick chart? 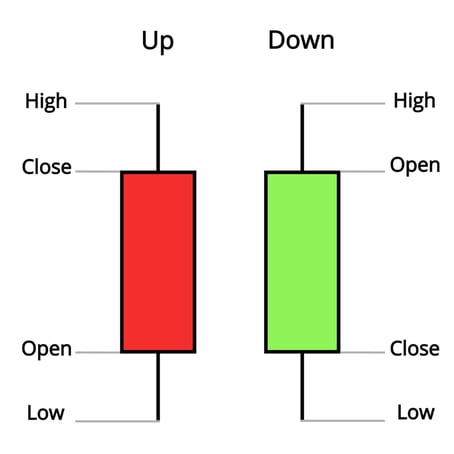 Candlestick reversal patterns are one of the most commonly used technical trading signals in futures and forex trading. While they do not represent a magic bullet to becoming a millionaire trader, over time candlestick reversal indications have been found to be a reliable indicator of trend change.

Better Visuals: The major advantage that candlestick charting offers is that the candlestick representing whatever given time frame (hourly, 4-hour, daily, etc.) provides a much clearer visual representation of the relationship between the opening and closing prices of the time period – i.e. whether price ultimately closed higher or lower for the period.

Recognizable patterns: Candles make it easier for traders to see the most important aspects of the trading action for each period. Candlestick charting also offers a further advantage by virtue of the fact that there are clearly defined candlestick patterns recognised as signals of potential market trend reversal.

What is a reversal pattern?

There are two main types of reversal pattern. The first is a classic charting pattern reversal like a double bottom or Head and Shoulders top. The second is a Japanese candlestick reversal pattern, typically made up of two to three candles on a candlestick chart. Today we are talking about the latter.

What is a reversal candlestick pattern?

The purpose of a reversal candlestick pattern is to give a signal that the short-term direction of the market, over the next several periods is changing. This is as opposed to a continuation candlestick pattern that signals the trend is likely to continue in the same direction.

The “message” of technical analysts take from a reversal pattern is that momentum has been exhausted and is now moving in the opposite direction. 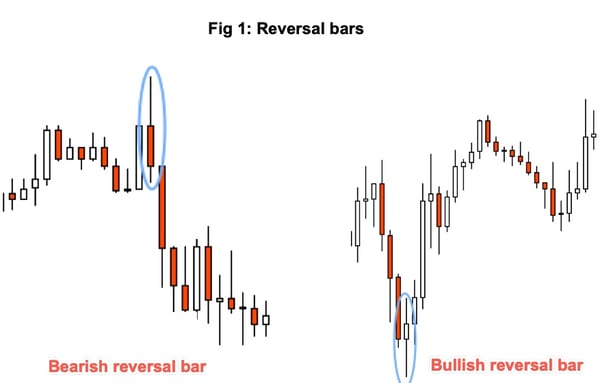 This is a signal that a price which is going lower is turning higher.

This is a signal that a price which is going higher is turning lower.

What do reversal Candles look like? What is the strongest candlestick pattern? We will show you which we think are the most important candlestock reversal patterns.

One of the most widely recognised candlestick reversal patterns is the pin bar – because it looks like a pin. You can see it here: 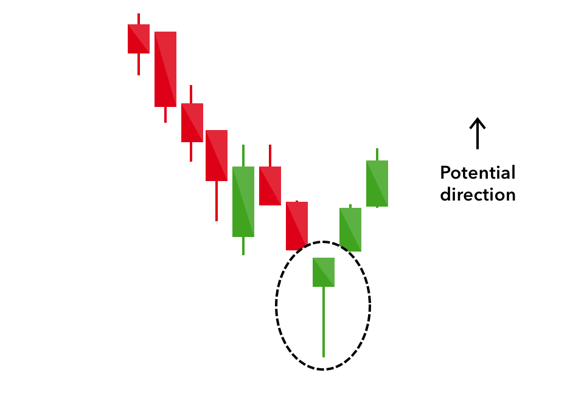 The above image shows a hammer that indicates a potential market reversal from downtrend to uptrend.

The key element of the pin bar is the elongated tail. The long tail is formed by bears aggressively pushing price significantly lower during the time period – but the fact that the closing price is back up near the opening price indicates that the attempt to push price lower was ultimately strongly rejected. The initial drop in price is followed by a stronger move to the upside that brings price back near, or even above, the opening price.

When the hammer pattern is an accurate indication of trend reversal, price does not usually subsequently go any lower than the low of the pin bar candlestick. Therefore, the typical strategy is as follows:

Entry: At market open after hammer candlestick has closed

Stop loss: Underneath the low of the hammer candlestick 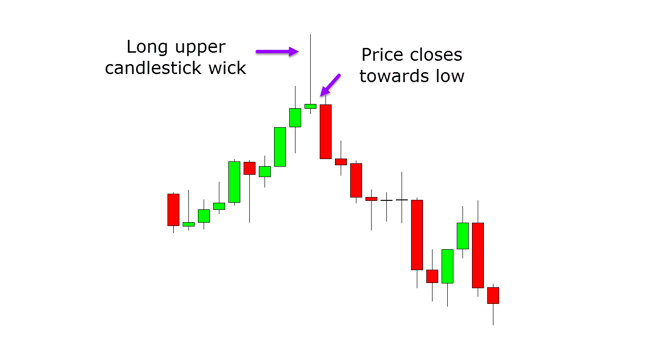 Engulfing candlesticks are another candlestick pattern that indicate a possible market reversal. 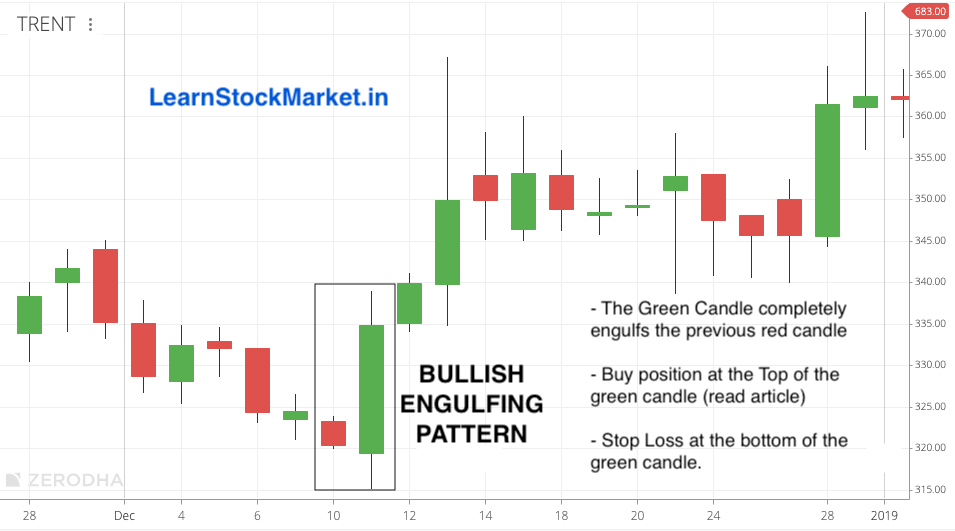 When the bullish engulfing pattern is an accurate indication of trend reversal, price does not usually subsequently go any lower than the low of the second bullish candlestick. Therefore, the typical strategy is as follows:

Entry: At market open after second engulfing candlestick has closed

Stop loss: Underneath the low of the second engulfing candlestick

A bearish engulfing candlestick signals the possible end of an uptrend. It is where a bearish down (normally red or black) candle completely encompasses the previous up candlestick (normally green or white). 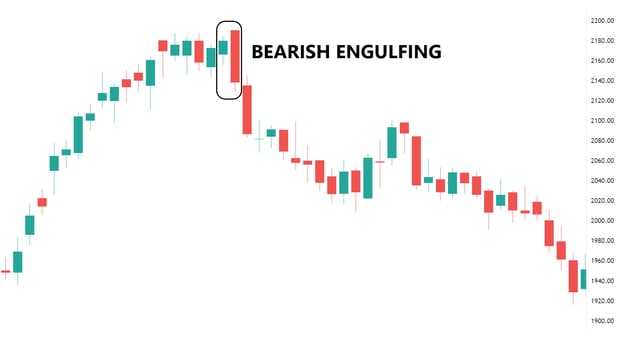 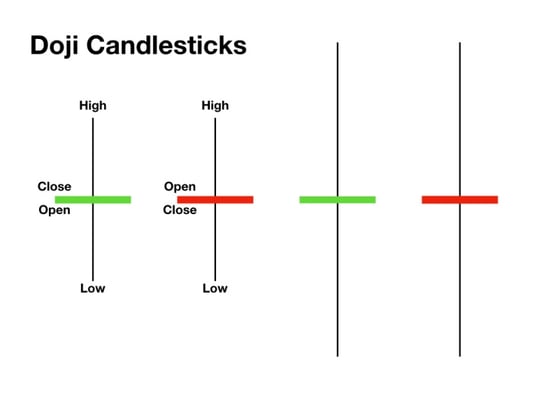 The common interpretation of the doji pattern is that it indicates indecision in the market. Price moves both higher and lower, but ultimately settles right back where it began.

Entry: Buy Stop order above the high of the doji or Sell stop order under the low of the doji

Stop loss: Placed at the opposite side of the doji to the entry stop order