Japanese stocks are breaking out of a 3 decade slump

Japan’s Nikkei 225 index has broken out to its highest levels since 1991 in a wave of optimism after the US election and following bets from Warren Buffett.

The Nikkei 225 chart appears to have broken out of a three-decade old consolidation roughly between the 10,000 and 20,000 price levels. Projecting the height of the pattern from the breakout, the index could reach over 30,000 and make inroads towards a record high in the next few years.

The latest gains in the index come on the heels of a huge US election week for global equities. The Dow Jones just had its best election week since 1932 but the gains have been universal. There is an idea that president-elect Biden will be a softer touch on US trading partners and take a more multilateral approach to international trade. Japan, Australia and several other Asian nations will be a direct beneficiary if the US rejoins the TPP (trans-pacific partnership). Donald Trump pulled out of the TPP as one of his first actions as President of the United States.

On August 15th, the 13-F filing for Berkshire Hathaway showed Warren Buffet and his co-investment managers had cut stakes in US banks and built up large stakes in five of the largest Japanese trading companies. This included Itochu, Marubeni, Mitsubishi Corp., Mitsui and Sumitomo of "slightly more" than 5%, signalling it may increase those holdings. The positions were acquired over a period of approximately twelve months through regular purchases on the Tokyo Stock Exchange. At the time of the 13-F, a 5% stake would be valued at roughly $6.25 billion.

Buffett has not yet revealed his investment thesis but it would appear to be a diversified bet on a ll the different industries these firms are involved in from steel to shipping to commodities to retail. In essence it seemed like a bet on Japan. That same optimism about Japan as an economy goes some way to explain the moves now taking place in the Nikkei 225.

History could be about to repeat itself with a huge increase in retail (non-professional) trading activity in Japan. 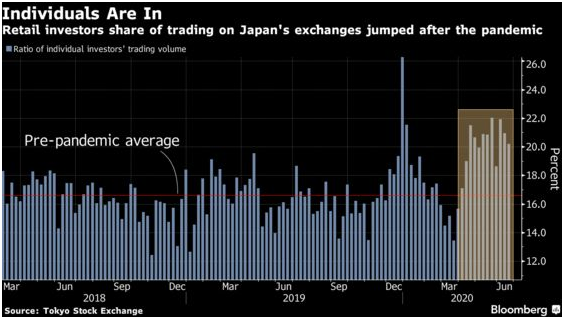 The activity is not exclusive to Japan; we have discussed the rise of so-called ‘Robinhooders’ in the United States this year buying options on big tech stocks as well as beaten-down airlines and cruise line stocks. There appears to be a common thread of individuals realising that governments and central banks are propping up stock markets and deciding to take advantage. It comes after individuals have shunned equities with net outflows from mutual funds in the decade since the financial crisis – or in Japan’s case the 1990s Asian financial crisis.

Interestingly, retail investors seem to focus on their own domestic market. This makes sense from the standpoint that they are all going up! Japan’s finance ministry reported last week that foreign investors were net sellers of Japanese equities to the tune of $2 billion in the week ending October 31.

What are the risks?

The first risk is that the global outlooks being demonstrated by investors is overly-optimistic and downplays the risk posed by the coronavirus pandemic. The extended move higher in the Nikkei this week came alongside news from Pfizer that its COVID-19 vaccine is 90% affective. It is possible investors are putting too much emphasis on a vaccine but at the moment, markets are expecting the use of the vaccine to allow the return of 'normal' economic activity in the next 12-18 months.

The second risk is that Joe Biden is no able to deliver on his full agenda because he would preside over a divided government in the United States. This risk is limited since as it pertains to trade, Biden – like Trump did – can issue executive orders. So in theory Biden can quickly unravel Trump’s trade war.

The third risk is that retail trading interest fades as quickly as it came. The typical trading style of a retail investor focuses on momentum – essentially chasing higher prices. This can be a very effective strategy when timed correctly and it is employed by the world’s top CTAs (commodity trading advisors). However, timing the entry and exit correctly is difficult since the trade was made with no fundamental basis from which to assess whether the decision was right or wrong.

Thanks for reading and good luck investing!

Read our next article: Dark Pools, one of the hidden realms of trading 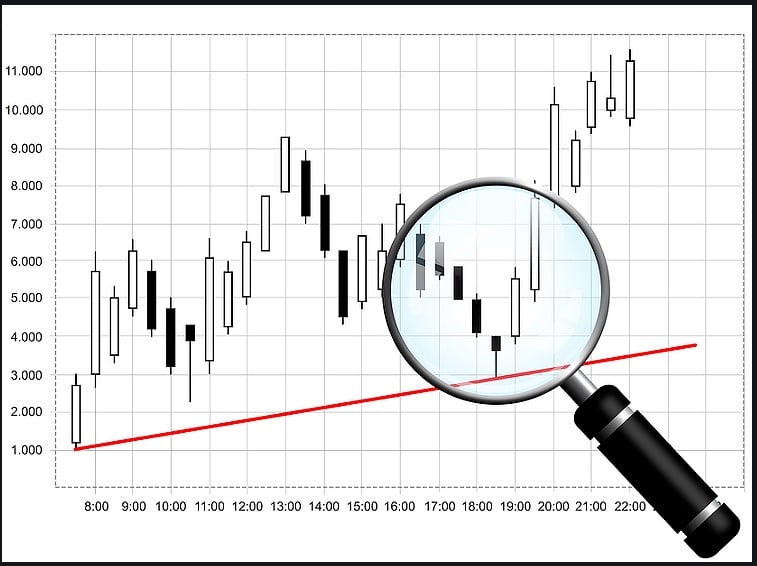 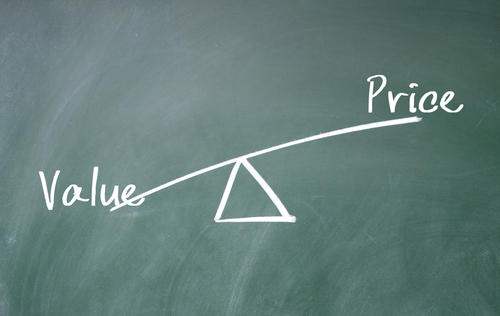 Want to invest around the Apple Car? Look to Japan