Killing the internet for an hour: Fastly’s “Error 503 Service Unavailable”

Error, no connection! Dozens of websites went dark for about an hour. And we have found the guilty party: a $6 billion, San Francisco based start-up named Fastly. What happened?

Key takeaways about the Fastly outage

Based in San Francisco and having done its IPO 2 years ago, Fastly is what you could call a “stoxygen” company – term coined by Nick Martell and Jack Kramer at Snacks Daily Podcasts. It provides a service that you have not heard of nor realized that it is here, but that you use every day. (Kind of like Twilio, on which you can read more here).

If you sit in Switzerland and want to watch a livestream in New York, it is likely that you will have some delay. Even though the data is all digital, it still has some physical bottlenecks, such as the wire under the ocean it needs to go through to cross the Atlantic. Although fast, there will always be a slight latency.

Fastly’s business model is that of a content delivery network (CDN): what it does his host content, such as movies, news articles, music, podcasts, etc., on a server near you, to drastically reduce the latency time and make sure it reaches your screen. If content production companies are the farms growing and harvesting content, CDNs like Fastly are basically your neighborhood grocery shops where you can easily get your salad, holding your beloved digital content physically close to you.

“The intention of CDNs is to route (or distribute) internet traffic and services through ‘nodes’ in order to balance the load of traffic, prevent bottlenecks and result in high availability and faster content delivery,” said Mark Henry, director of data protection and cyber security at global law firm DWF.

You did not hear about it, but Fastly deals with the big players (Source: Middle East Esquire)

This is all great until things go down. On June 8th, Fastly was experiencing an internal glitch which led the websites of all its 336 enterprise clients – including Spotify, Shopify, the New York Times, Reddit, Amazon, Vimeo and even the UK government – to go down for an hour. The company says that a customer changed its settings and triggered a bug, impacting the entire service.

The company then promptly apologized, stating that 95% of their network was operational within 49 minutes. They also deployed a bug fix across the network to avoid such incidents in the future and are now trying to figure out why they did not detect the incident earlier.

In a world so digital, with the rise of e-commerce and stream of digital content, one dark hour is enough to shake markets and terrify more than one actor. The outage raised questions about relying on a handful of companies to run the vast infrastructure on which our beloved internet depends. But funnily enough, and contrary to what one may imagine at first, this issue was not even a bad happening for Fastly.

Why did the stock go… up despite the failure? 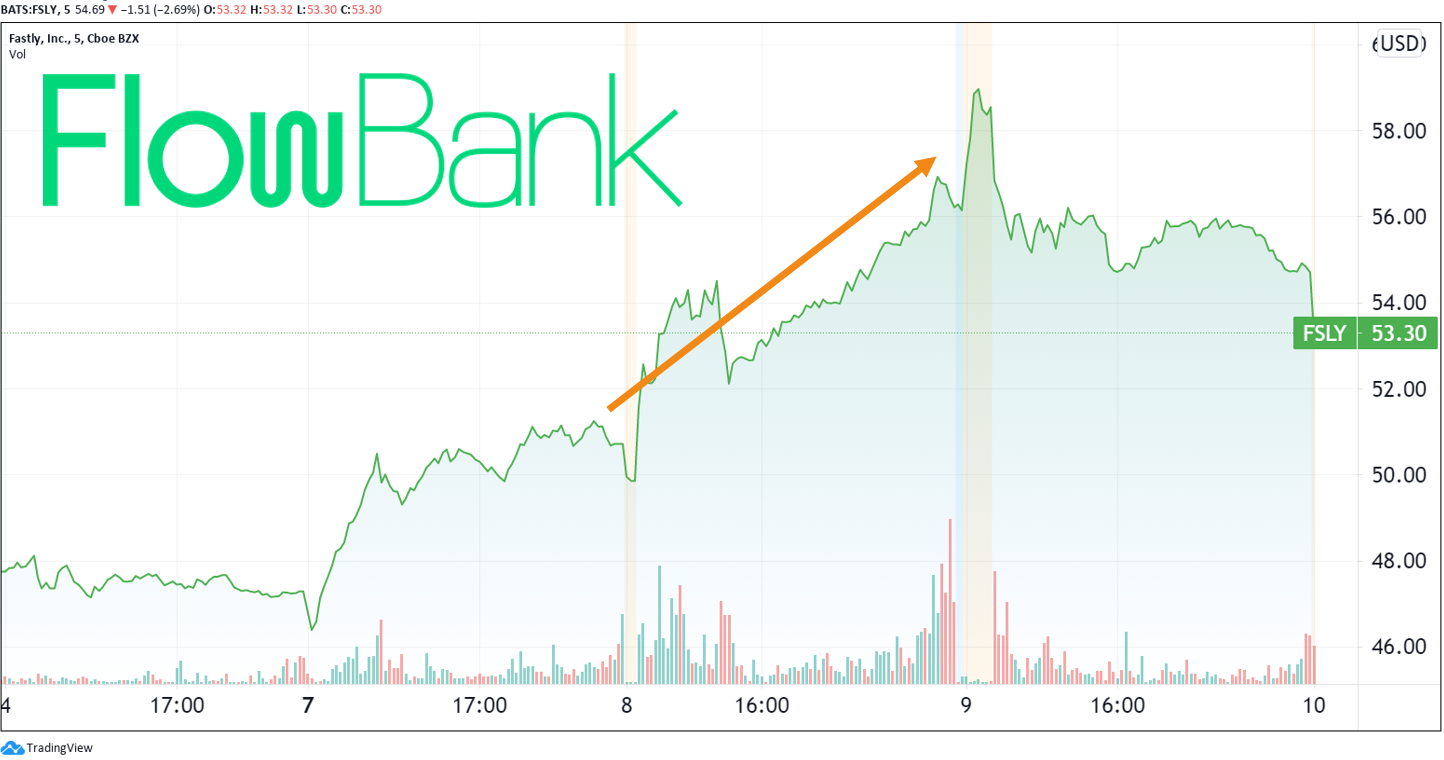 Interestingly, Fastly’s stock price went up following the news, despite this not extremely flattering headline. Why? It seems all publicity is good publicity but mainly that the outage  highlighted how crucial these CDNs are. Indeed, a business on which the internet depends might be worth a little more than $6 billion. This is most likely the reasoning the investors who decide to go long on the stock.

Shares of Fastly were up 11% following the news, and the same happened with the stock prices of rival CDNs such as Cloudflare and Akamai.

This event can also be linked to the Evergreen stock. This massive boat blocked the Suez Canal for days on end. As a result, once the issue was fixed, the stock price was also up, simply because investors realized how crucial their service offer is.  You only realize how important something is until you lose it.