The basis of this CFD trading strategy is to use a Japanese candlestick pattern to find a price level that has been ‘rejected’ by the market. Learn more…

A ‘rejection candlestick’ communicates the rejection (or reversal from) higher or lower prices. Naturally, it is found when using Japanese candlestick charts. The candlestick shows that the market has pushed in one direction but then been rejected. 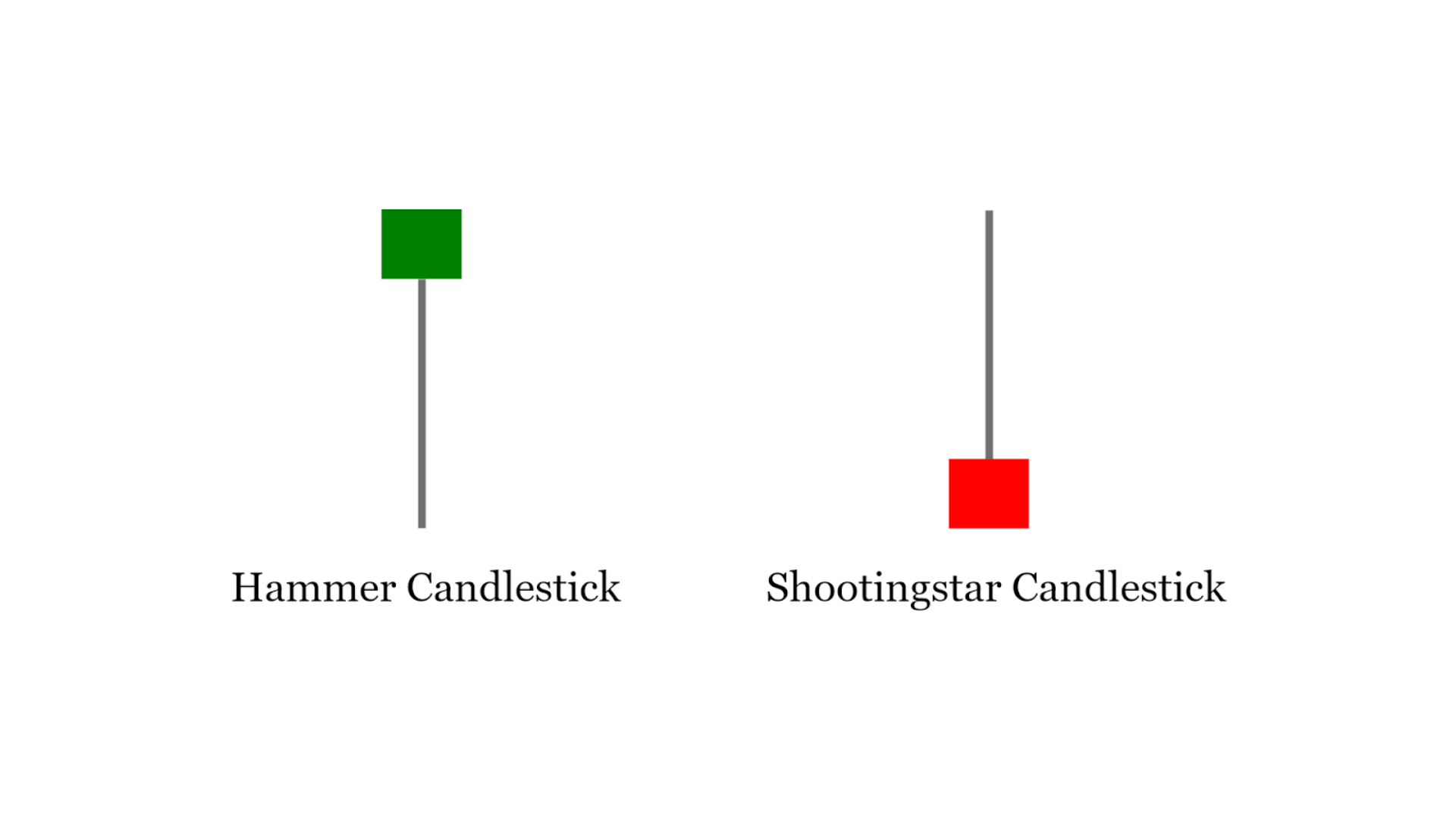 What distinguishes this strategy from the identical Japanese candlestick pattern is where it happens on the price chart. The rejection must take place at a significant high or low in the market.

Where will rejections happen?

In this chart it can be seen that the evening star pattern happen at the previous high in the price. What it shows us is that bulls tried to take the market higher but bears took control and forced the price back down again.

The fact that it happened all within one timeframe (whatever timeframe the candle is) shows us that there has been rejection. The previous high in this case shows us that the rejection was of something significant – an attempt by the market to make a higher high - a characteristic of an uptrend. 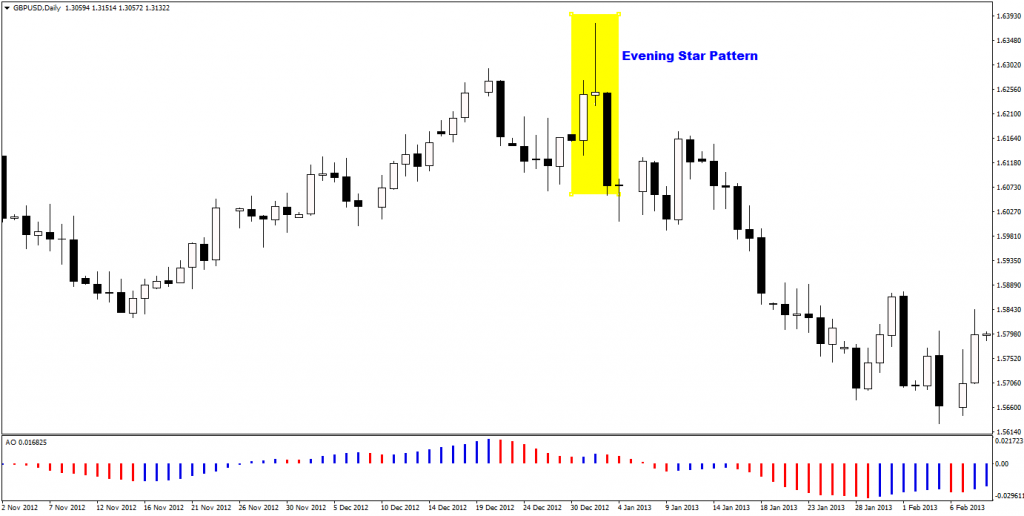 The point of the above chart is to show what is integral to this trading system. The rejection candle must occur at an area on the chart that is worth rejecting.

This leads us to the next question. What is an ‘important’ price level?

The list below highlights six areas of the chart in which rejections should happen. So make sure the rejection you are considering as using as a trigger to enter a trade is at one of these areas on the chart in order to increase your overall probability of success.

There are other things like pivot points but this strategy is better as KISS (keep it simple stupid!)

The below chart has been picked at random to give some indication as to how this strategy can be employed, giving examples of each of the above price areas. 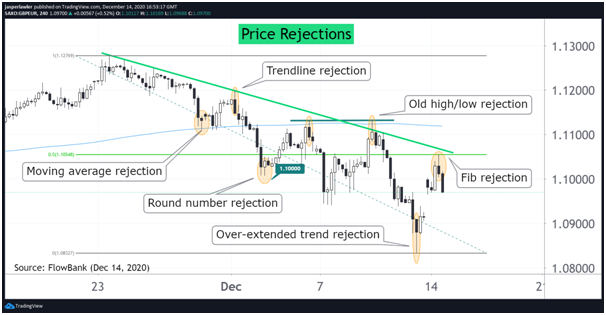 Let's run through the price action ---

No trading strategy works perfectly – and that’s without consideration of important ingredients to trading including risk management and trader psychology. But there are some rules of thumb to increase the probability of each trade by avoiding some common pitfalls.

When looking at good examples, we focused on finding ‘important areas’ on the price chart in which to take the rejection signals. In the bad examples, we are focusing on some reasons that might increase the probability that the patterns fails in order to decide which rejections to ignore.

These are four rules of thumb for which rejections to ignore: 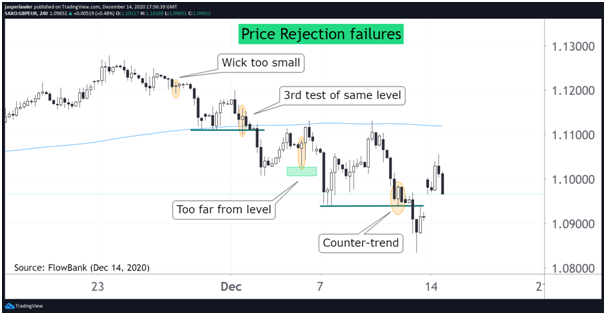 By ignoring trades that meet one of the four previously listed criteria, we can filter out the ‘bad trades’. It’s no mistake that top of the list is going against the trend. Counter-trend trading is very difficult and typically something that should only be attempted by advanced traders with a very fine-tuned system with very well-defined risk: reward criteria for when to take such trades. The other three are really about the 'quality' of the setup in which the rejection is happening. Taking only the highest quality setups means fewer trades but greatly improves the win:loss ratio of the trading system.