Bitcoin misses a turn as an inflation hedge

Rising inflation around the world, low, or even negative returns, and the poor performance of gold over the past few months have led investors to look for alternatives to hedge inflation. With the inclusion of Bitcoin and other crypto-currencies in traditional portfolios, the question has been raised as to whether Bitcoin could be a good hedge against inflation. Is this realistic? Why would people use Bitcoin to hedge against inflation?

Bitcoin is not digital gold

If gold has been a good hedge against inflation for decades, there is a fundamental explanation: central banks backed the money supply in circulation with gold holdings. This meant that every time they injected money into the system, they had to buy gold. Thus, if the injection of cash stimulated inflation, the purchase of gold in return increased the price of gold.

This relationship between inflation and gold is no longer relevant, of course, because central banks no longer support their money supply by buying gold; nor would there be enough gold on earth for the rapid expansion of central bank balance sheets. However, we know that some of the central banks' assets are still in gold. This continues to give gold a certain hedging power against inflation, although the yellow metal has performed poorly during the recent rally. Yet even the very low yields on US bonds were supportive of a rise in the price of the precious metal. This disappointment has certainly strengthened the search for an alternative. 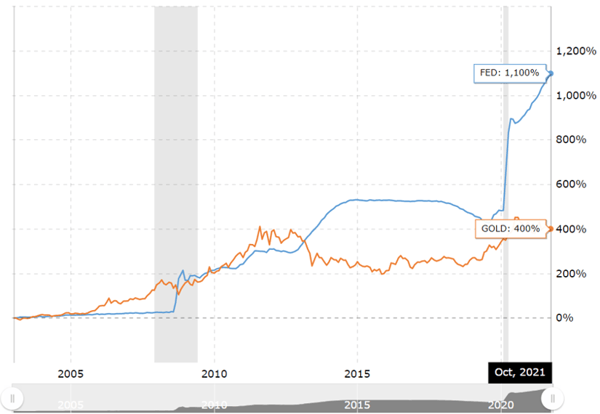 So while gold remains a realistic hedge against inflation, the same cannot be said for Bitcoin. To date, Bitcoin has no fundamental link to central bank policies or the economic fundamentals that monetary policies influence, such as employment or inflation. In that sense, no one can guarantee that Bitcoin would be a good hedge against inflation. So why do people think it might be?

Limited supply
One of the main reasons why people think Bitcoin could be an effective hedge against inflation is that the supply of Bitcoin is programmed to remain limited to 2% per year and that the supply will stop when the number of coins reaches 21 million. Why 21 million? That's the number the Bitcoin community has agreed on.

This difficulty adjustment is comparable to a central bank's interest rate decision. If there is too much demand, the difficulty of mining increases to slow down the supply. Bitcoin should therefore be able to act as a hedge against inflation thanks to the limited supply growth of 2% per year, and the maximum number of Bitcoin determined in advance.

But is this a sufficient argument, given that there are many assets with limited supply? Why would Bitcoin be a better hedge than others? This is clearly an open question that only behavioral finance could answer.

But we have to be careful! Stats are only a consequence of market behaviour, not an explanatory factor, nor a guarantee of the quality of the forward relationship. And, because there is no strong fundamental link between Bitcoin and inflation, Bitcoin's power as an inflation hedge is vulnerable to investor belief. If someone shouts one day that 'the king is naked', this could mark the end of Bitcoin as an inflation hedge.


What if the 'king is taxed'?
The price of Bitcoin following the approval of Joe Biden's infrastructure bill has shown us the limits of the belief that Bitcoin is a good hedge against inflation. In fact, the new tax reporting requirements for digital currencies are part of the $550 billion infrastructure deal Biden just signed.
So there are two opposing forces at play. According to the theory that Bitcoin is a good hedge against inflation, Biden's infrastructure deal should have had a stimulating effect on the price, as the approval of massive infrastructure spending could increase inflation. However, the digital currency plunged as news suggested that the same bill would force crypto-currency holders to pay taxes on their holdings. 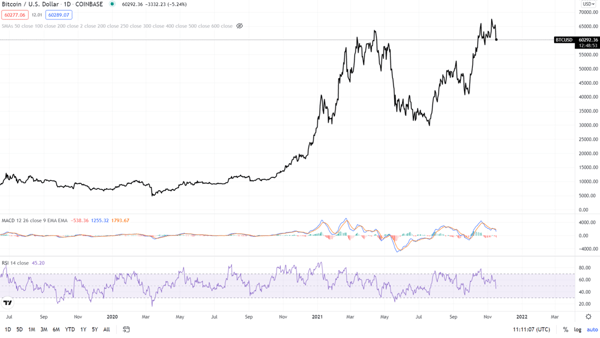 Bitcoin's bearish reaction thus means two things. First, Bitcoin remains highly vulnerable to regulatory risk, which significantly weakens its effectiveness as a hedge against inflation. And secondly, there could be a significant loss of appetite should digital assets be taxed as traditional assets. In this case, Bitcoin would still have to prove that it would hold its own against gold despite the regulatory risks and lower after-tax returns.