The euro turned 20 years old on January 1st, much to the relief of the citizens who adopted it, but to the surprise of some economists who’ve been predicting a euro break-up for years. So what’s next for the euro?

The euro is 20 years old

The euro currently sits at almost precisely the exchange rate when it was introduced 20 years ago. 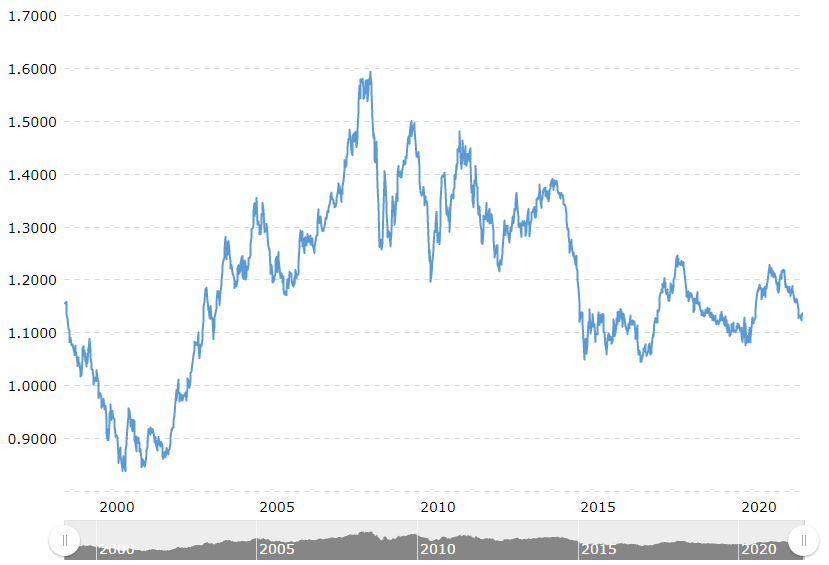 The open question is what will the next 10 years look like? Will the trend shift again in the wake of the covid-19 pandemic? 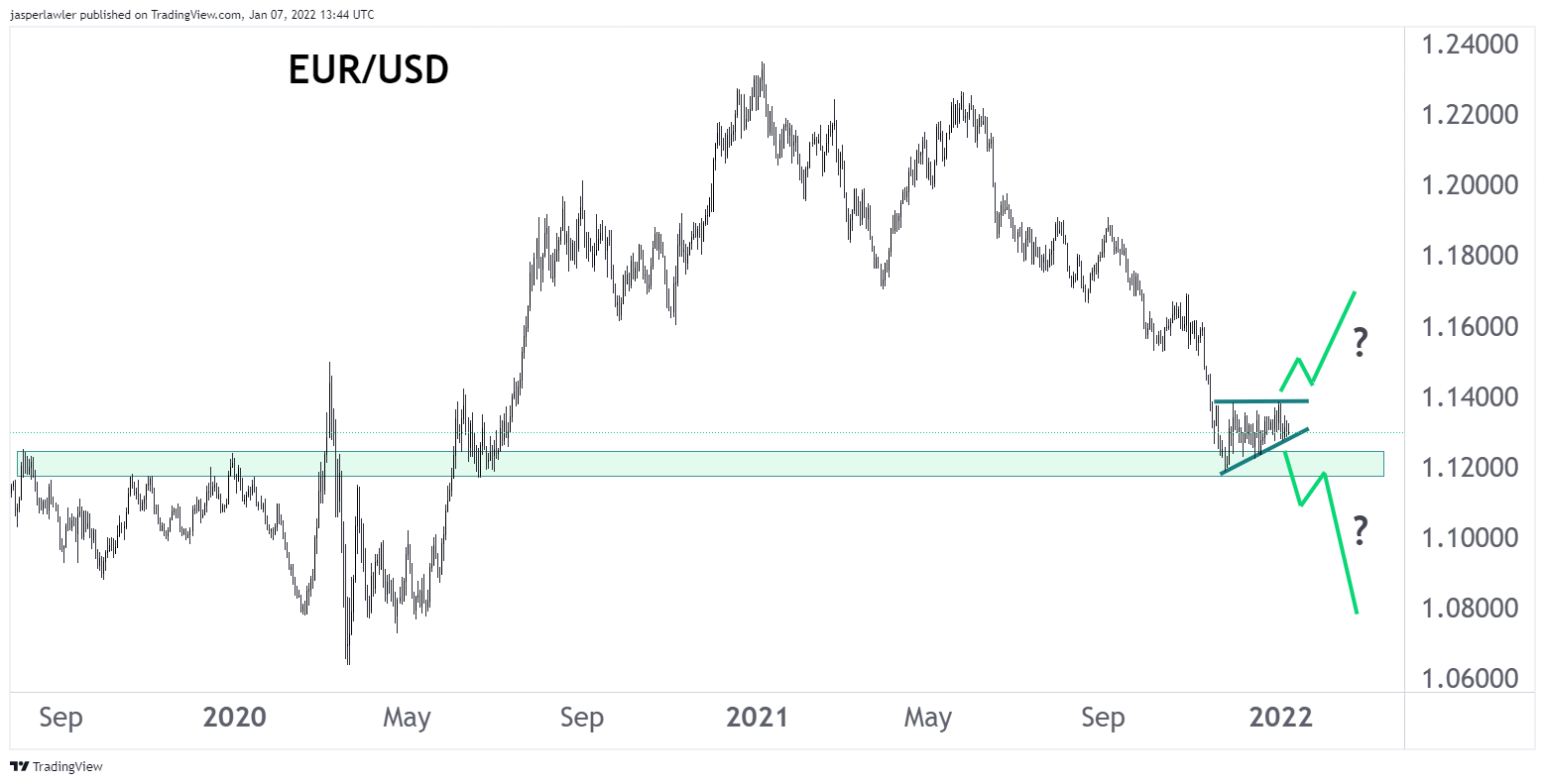 Near-term the euro has been consolidating above former resistance at 1.12. The consolidation looks like a pennant pattern, which would imply a break lower towards the lows around 1.06. However the current price action could develop into a bottom, setting up a breakout over 1.14 and back towards 1.17.

How has the euro done?

Number one is that the euro survived when many thought it wouldn’t. Added to that, its exchange rate versus the dollar has been relatively stable and today it is the second most traded currency in the world. But the US dollar is still comfortably the world's reserve currency and the euro’s limitations as a one-size-fits-all currency for diverse economies are still present.

Around 60% of foreign exchange reserves held by central banks are denominated in dollars, while for the euro it is around 20%, according to the Bank for International Settlements.

The 2008 financial crisis proved a key turning point in the history of the euro. When it was ‘crunch time’ and investors had to choose the safest place to park their money - it wasn’t in Europe in euros - it was in US dollars. History repeated itself at the onset of the Covid-19 pandemic. Investors panic-sold their risky assets to buy the security of dollars. EUR/USD has not made a new record high in 14 years and would likely be substantially lower now were it not for the unprecedented monetary easing from the US Federal Reserve.

What’s wrong with the euro?

It would be fair to argue that the downtrend in EUR/USD since 2008 is more attributable to strength of the dollar than weakness of the euro. However there are systemic problems in the Eurozone.

Naysayers argue the very concept of the euro will be its undoing. Countries need a currency and interest rates that represent their economy. In 2013, Greece, Cyprus and a handful of other Southern European nations were trapped in an inappropriate currency that allowed borrowing too cheaply and left exports non competitively priced.

Supporters say this was all part of the euro’s learning curve, and now new supporting institutions have been created to help Europe better weather a crisis.

When investors seek the haven of US dollars, what they are actually seeking is the haven of US Treasury bills. If the euro had its own equivalent of Treasuries to underpin it i.e. a ‘eurobond’ - it would arguably be more attractive in times of uncertainty. The idea of jointly-issued bonds reappeared during negotiations for a fiscal solution to the pandemic. The EU Recovery Fund led to the first common debt of the Union but stopped short of a eurobond, deemed a loss of sovereignty too far for the ‘creditor nations’ in the EU, namely Germany and the Netherlands.

Inflation: A new risk for the euro

In December 2021, inflation in the 19 countries that use the euro currency was the highest level since records began in 1997 at 5% y/y. The European energy crisis has seen energy costs surging 26% over the past year. Food prices rose 3.2%, while the price of goods rose at 2.9%.

Natural gas futures and oil futures markets imply energy inflation has probably peaked and will start to come down but a return to pre-crisis levels looks unlikely.

Should the high level of inflation persist, then the European Central Bank will be left with the difficult decision of lifting rates off zero and raising the cost of borrowing for the indebted governments across Europe as well as exposing bad loan books at European banks to default.

The European Central Bank has kept a policy of NIRP (Negative interest rate policy) with respect to its deposit rate for half a decade.

Higher interest rates could offer a new carry trade opportunity to forex traders by going long EUR but this is only possible if other central banks are not conducting similar policy. If interest rates are going up in other countries (especially the US), then FX traders will look instead at the economies best able to sustain those higher rates, which a quick look at the above chart would suggest is probably not the Eurozone.

The survival of another crisis created by covid-19 as well as the launch, for the first time, of a common debt across the countries of the euro zone offers reasons for optimism.

The big changes afoot for the euro are the introduction of CBDCs and a digital EUR and the gradual move towards Eurobonds, fiscal union as well as banking union. These are all steps towards greater European integration i.e. a ‘United States of Europe’. If this is the direction European citizens are happy to go in, the euro can in the future behave more like the US dollar does today.