Carvana earned its first ever quarterly profit, and a good chunk of the proceeds came from…loan sales! We look into Carvana, and whether or not it makes sense to invest right now.

This was a record quarter for Carvana considering the rapid rise in car prices. This quarter was special because it was the firm’s first positive net income period. The used car market has been on a tear for the last 12 months mainly because new cars are hard to encounter. This is why some argue that buyers are actually just making a compromise and not really switching over to buying online as a consumer habit. We will explore this next but first, here’s some encouraging results:

It took Carvana about five years to sell 100,000 units, but it only took Q2 to sell 107,815 and grow 100% from Q2 of the previous year. Here, scale really matters because since Carvana leverages technology to run its business, it doesn’t have to spend as much on certain costs like staff and other sales expenses that add up. Therefore, profit margins can blow up as volume climbs. This is made clear looking at their gross profit of $4,360 per car beating Wall Street’s estimate of $3,614!

What is appealing about car sales in an inflationary environment is that assuming an inelastic demand for cars, (meaning that a buyer is not too scared off by the rising price of a car and will buy it anyway because he needs a vehicle) and a constrained supply environment, sellers are posed for greatness, as Carvana was in Q2.

Higher used car prices naturally mean that it is easier to increase gross profits. But the truth is that this cannot last forever and eventually, the supply side will catch up, bringing prices down. But as shown in the graphic below, Carvana is a very competitive place for sellors get top offers, according to withclutch.com research: 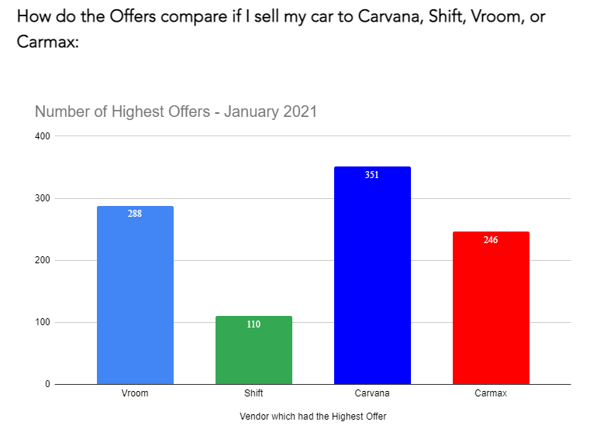 Selling sports vehicles and pickup trucks is only one part of how the online dealer made its big bucks. The secret sauce to its success? Capital markets. In other words, selling loans to coupon-hungry investors.

In Q2, 36% of the company’s gross profits per unit came from selling the loans it made to buyers to help them finance their car purchases. Their method is not to keep the loans on their books however, but to quickly book in gains, and unload the assets via securitizations i.e., auto-loans asset backed-securities.

This is great, and essential to a business working with expensive assets like houses or cars, but there is also a catch to debt financing…you guessed it—downturns. Companies that relied too heavily on loan sales for revenue fell during the March meltdown of 2020. If loans do sour in the future, then Carvana investors will not be excited to pay the same premium they pay now, relative to face value, to own Carvana debt.

Carvana has so far defied skeptics though, as rising car prices and low interest rates have kept borrowers from defaulting. Ratings group KBRA have also upgraded Carvana's public securitizations on account of lower-than-expected losses on loans. One can easily deduce that the stimulus package helped Carvana and debt providers. Carvana sold $3.1B of loans to securitization trusts in the first half of 2021, and since auto-loan securitization is a massive business, this could be expected to continue somewhat in H2.

Carvana doesn’t service its own loans like CarMax does (the largest used-car retailer in the US). Instead of holding on to the riskiest portion of its debt like CarMax, Carvana buys pieces of each bond tranche issued by the securitizations holding trusts it works with. Carvana is actually the only auto company not to service its own loans.

The main issue however, is that Carvana moves loans off the balance sheet very fast to book gains on loans up front. This means gains can be sporadic and erratic at times making the accounting complex for financial analysis on Wall Street (thus poor analyst coverage risk) and worse, the loan sales have attracted attention from short sellers who describe such loans as an unsustainable source of income.

The end of the car shortage thesis? 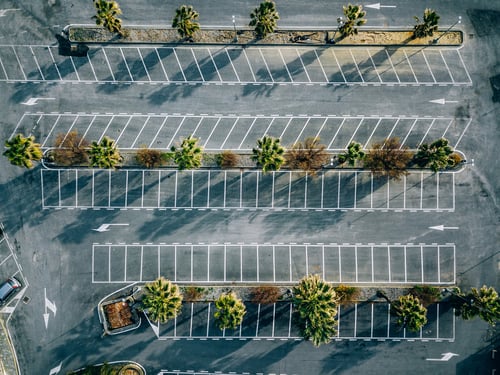 As the Motley Fool clearly points out, the Manheim Used Vehicle Value Index has peaked already in May when the index was at 203. In fact, the index has been on a downward curve since then, falling to 195 last month in July. In April prices showed a year over year growth of 54% but now this figure, which is still high, is smaller at 23%.

Cox Automotive data further underlines this reversal in that used car sales were down 15% in July while new car sales ticked up 4%, suggesting the supply backlog could be changing as firms adapt and evolve to meet demand. Carvana might not see the same growth in the coming quarters if the trend continues to flip to the new cars. Those interested in buying the stock should be aware of the consequences of Carvana's cars in inventory now seeing a depreciation in value. It is not farfetched to assume Carvana will not generate material profits in the second half of 2021.

In the short term, the used car market fluctuations are much like ambient noise just ready to stabilize once and for all. If the company can sustain doubling revenues year over year that should be the central focus for investors. However, how likely do you think this is for a company who only now churned out a profit? Then again, it took Tesla decades to do so itself.

Maybe Carvana can continue finding success in EV used cars? Otherwise, how many times earnings would you be ready to pay to own the Carvana business model? A high number would make sense if the total addressable market was hugely unexploited, but Carvana is not the only online car sales company, and its market cap is already north of $60B.