With traders in the Northern hemisphere now entering the summer period, a key question is around market volatility. Will market action in July and August be calmer or will the recent volatility continue?

For gauging the likelihood of a volatile summer ahead, let’s consider:

It's worth noting that on average stock markets rise every month except February, May and September, including the summer months of July and August, which tend to be among the top months. 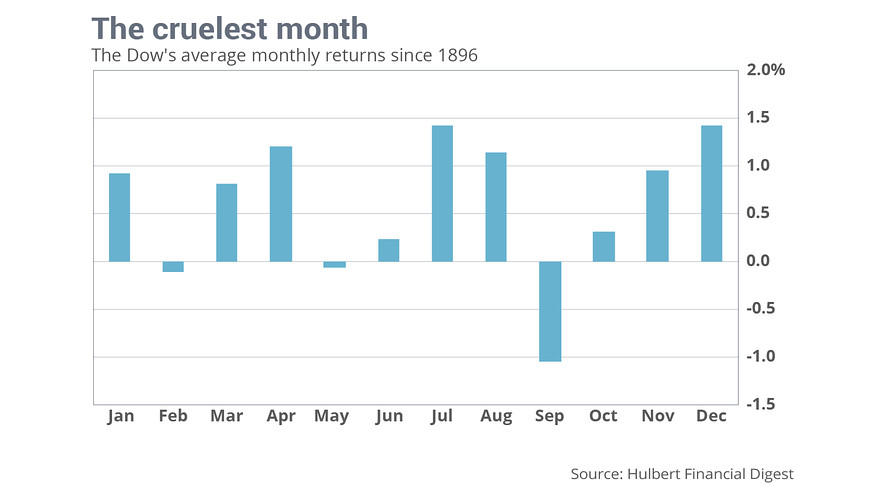 In addition, summer months tend to experience lower volatility on average. The following chart shows the standard deviation for the Dow Jones Industrial Average going back to 1896. 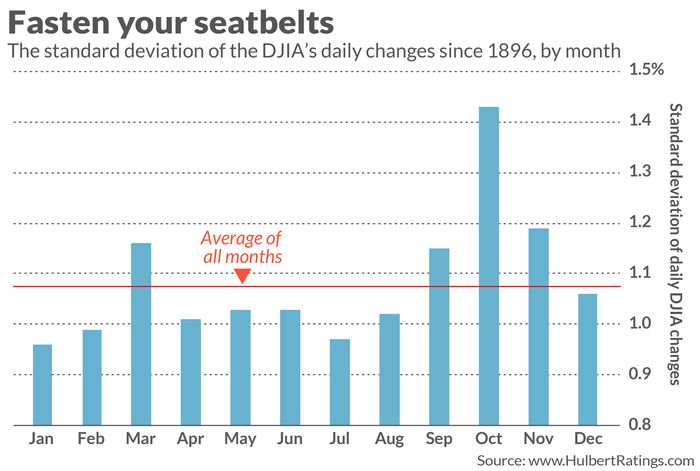 So with high average returns and lower average volatility, July and August tend to be good months to stay invested for longer-term positions. For active traders, the lower volatility might be reason enough to have a rest over the summer.

Of course, they are just monthly averages that are helpful but only in combination with looking at the unique situation for current circumstances.

Two of the main drivers of the market volatility we’ve seen over recent months across the FX and equities spaces are inflation and central bank expectations. With inflation soaring globally, central banks have been racing to remove the monetary policy support put in place across the pandemic in a bid to curtail spiralling price pressures. This shift has sparked a broad-based rally in yields which in turn has led equities prices lower, dragging the broader risk complex down with it, while driving currency inflows.

The USD has been the biggest beneficiary of this narrative. The increasingly aggressive tightening action (and outlook) from the Fed has continued to drive USD higher in recent months, with broad-based consequences for markets. June saw the fed hiking rates by 75bps, the largest hike since the early 90’s With monetary tightening sweeping across the G10, even the ECB and SNB have marked an unexpected shift in tone. The ECB shifted out of its commitment to easing in Q2 as it laid the groundwork for the upcoming July rate hike, the first in over a decade. The SNB went one further and front-ran this move with its own 50 bps hike last month.

Given the forward-looking nature of markets, the sudden shift in central bank policy and the outlook was quickly digested and traders soon moved on to anticipating how central banks are likely to act beyond the initial wave of easing. Looking ahead to the summer, there had been speculation over recent months that the peak in inflation over H1 would begin to fizzle out and moderate, allowing the Fed to step back from rate hikes, either pausing temporarily or opting for a slower pace. Had this been the case, the summer might well have proven to be a typically calm one. However, the June US CPI report this week put paid to this notion with US inflation seen hitting forty-year highs at 9.1% last month.

Traders are now looking for the Fed to hike rates by an even larger 1% in July, double the expectation just a month ago. Additionally, pricing for September has now risen also with the market pricing In at least a further 50bps of tightening. With inflation showing no signs of slowing down and the pressure growing on the Fed, the summer looks likely to see a great deal more volatility across asset classes as traders react to the shifting monetary environment.

Along with inflation and central bank tightening, there are other factors threatening market stability this summer.

The ongoing Russia/Ukraine conflict is having a widespread impact on the global economy, exacerbating supply-side issues and driving up energy prices, both contributing to higher inflation. The disruption caused by the conflict itself as well as the subsequent sanctions applied against Russia by the West. With the conflict showing no signs of slowing down and Ukraine launching fresh efforts to re-capture Russian held territories, the near-term risks from the situation remain elevated meaning that further market volatility is likely in the coming months.

One of the major themes of this year’s market volatility has been the collapse of crypto. With leading coins such as Bitcoin and Ethereum plunging in value this year, not to mention the hundreds of alt-coins, the crypto space has been decimated this year and along with the, the raft of institutional investment which poured in over last year. A number of funds have suffered big losses along with the vast range of private traders. With inflation still tearing away and central banks hiking rates at an increasing pace, the prospect of further losses in this space is very real.

Following the broad-based sell-off over 2022, the index has recently settled into a holding pattern within the bear channel from YTD highs. Given the downtrend, the focus is on an eventual downside break of the 379.0 level, opening the way for a move down to the 338.0 level next. However, should we see any surprise shift in narrative, provoking an unexpected market reaction, a topside break of 449.0 will turn attention to the 521.50 level next.

Ultimately, the summer looks likely to be the period where the global economy comes much closer to facing the reality of the widespread slowdown which many are forecasting over the remainder of the year. With risk assets likely to come under greater pressure and the US Dollar continuing higher, the fallout across markets will be palpable, raising the risks of further market volatility in the coming months.