Swiss shoe brand ''On'', backed by Federer, files for IPO in US!

''On'' is the Swiss equivalent of Nike for Americans. While its HQ is based in Zurich, the shoemaker also operates in the largest market in the world. It is there, in New York specifically, that On has decided to reach the clouds in an IPO valued at over $2 billion.

A Swiss in America? 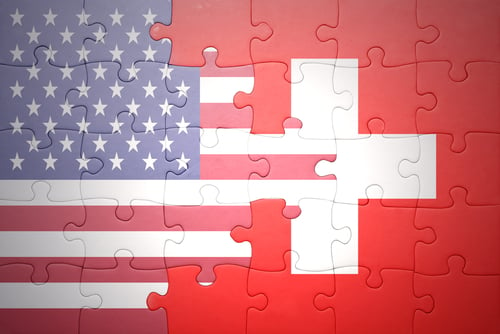 In Europe you see, since the election of Donald Trump, the United States has taken on a certain ''reputation''--and not exactly one commanding the respect it did when Obama took the helm. However, when it comes to things like doing an IPO, the Swiss, and pretty much any successful company anywhere outside the US, is happy to politely knock at the doors on Wall Street. This is the case with ''On'', a top notch shoemaker founded in Zurich in 2010.

On, is not the only Swiss firm listed in New York and in fact, there has been a rising trend for European players as of late to join American public markets, a trend seeing its largest momentum since 2000 (see next graph). The reasons for a two billion plus company to list in New York is broadly a question of liquidity--the SIX (the Swiss stock market) is recognized worldwide (it houses massive companies like Nestle and Novartis) but it does not offer as many investors and as much trading volume. The US is the best place for a large company to find preliminary primary market investors and once the IPO is announced, to pocket some more proceeds from the public. 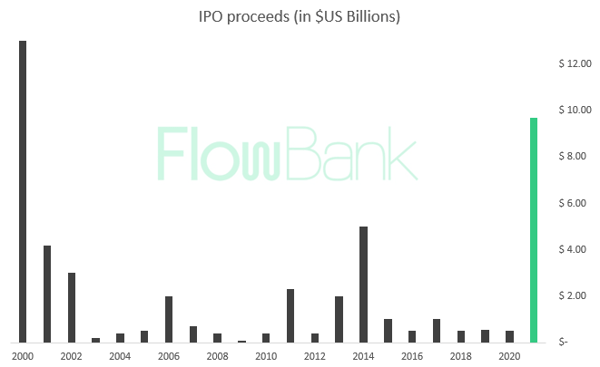 The IPO, which was revealed yesterday, showed that net sales jumped 85% in the first half of 2020 perhaps on the back of the pandemic's forced closed gym closures. The Swiss-based company is valued north of $2B and Roger Federer is an actual investor alongside US venture capital firm Stripes who holds 12.4% of the company's ordinary shares. In truth, some sources indicate that the IPO could actually see On valued at a staggering $4 to $6B... we will see on D-day.

What does the F-1 filing reveal? 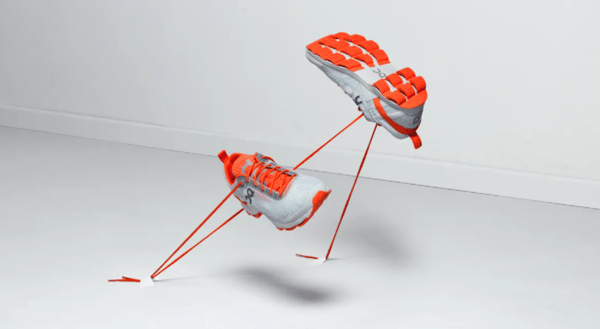 What started out as a passion project for the founders took a decade to become an increasingly popular brand. From the get go though they were clear on one thing; that their Alps would stay clean. They were keen to introduce a product that served two purposes, the first being an amazing shoe and the other, to get there without hurting the planet. Their marketing campaigns were smart and involved Roger Federer in a stunt to bring their plans to fruition. Today, the proof is in the pudding.

Financial performance as reported in the F-1 is quite strong. In 2020, net sales were CHF 425 million with gross margins of 54.3%! While their gross profit was positive at CHF 231 million, they did unfortunately incur a net loss of CHF 27 million. However, covid-19 might just have helped them get over the hedge of past bumpy roads, especially as gross margins popped to 60%. Net sales were quite incredible for only the first half of the year at CHF 315 million with reported net income finally positive at CHF 3.8 million. That's a net sales CAGR of 66% between 2018 and 2020.

Overall, it looks like On really found a magic key to selling running shoes. The market is large enough, quite clearly, since runners on average own more than one pair (usually it's like 5 pairs!). A lot of the secret could boil down to the fact that On is well integrated, and develop a superior technology from Swiss engineering talent. In 2020, On launched Cloudboom with an optimized carbon infused Speedboard to power professional athletes and competitive runners. They work closely with their Vietnamese plants but their R&D efforts are all based at the On Labs in Zurich. 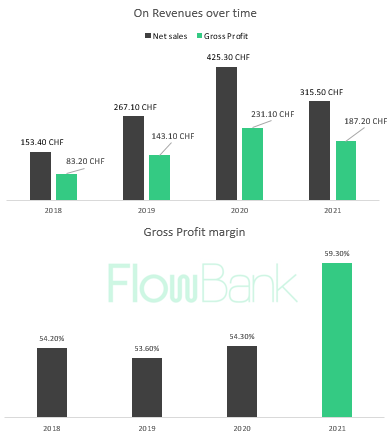 How did On differentiate itself ? 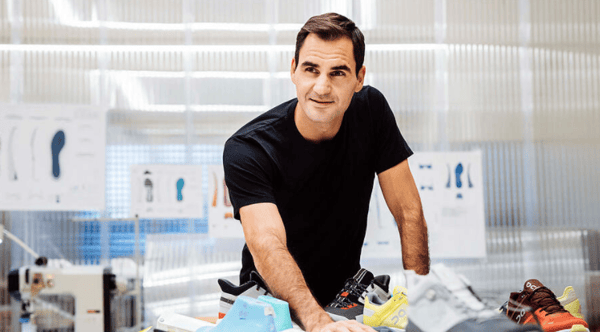 Last year, On had the chance to have the Swiss model citizen join their team as investor and design consultant: Roger Federer. But aside from this brilliant marketing ploy, On has not stopped there. Many other professional athletes were convinced by the quality of their shoes, including athlete Frederik Van Lierde who won the Ironman World Championships in Kona wearing the Cloudracer 2014; Nicola Spirig winning silver in the woman’s triathlon in Rio 2016; elite ironman athlete Tim Don who beat the world record wearing one shoes; Matt Hanson who broke the record right behind him. Is that enough to prove the extreme quality of your shoes?

We explore the back story of On more in this concise article written in October when On had announced that in the fall of 2021 (now incoming!) their Cyclon shoe would be made available for purchase. On is actually a really special company a business model standpoint. It strives for sustainable production and it incorporates a subscription payment plan with free recycling return options for those who want to change shoes quite often.

Their subscription model comes in at $29.99 a month-- runners can use their shoes and send them back to receive new ones as soon as they feel the need. The hidden insight was that good runners often crave for new pairs. As far as they know, they are the first company ever to offer recyclable shoes through a subscription. You used to own DVDs, now you rent rights to watch movies; you used to own your car, now you have a leasing; you use to own your CDs, now you have a membership on Spotify.

On now holds 40% of the Swiss market and says that the US are their second biggest markets, with new records in e-commerce sale – again, thanks Covid-19. Their light-weight shoes – under 200 grams please, do you even feel them anymore – has made for a very high rate of adoption for anyone taking the time to try them out.