Symbotic, a warehouse robotics company backed by SoftBank, went public through a SPAC deal earlier in June. The share price jumped 120% by the end of the first day of trading on Nasdaq giving the company a valuation of USD10 billion. Gains in early trading hours were short-lived, yet the share price withstood chaotic market conditions, and a further global decline that followed the Fed's decision to raise its key interest rate by 75 basis points.

Symbotic's response to the latest wave of sales has been quite good because the company is benefiting from an inflationary environment, where wages are soaring and labour shortages are looming.

In fact, warehouse robotics companies are increasingly attracting the attention of investors as soaring inflation, rising wages and the Great Resignation in the US trigger a strong demand for automated hands to handle an ever-increasing quantity of packages. 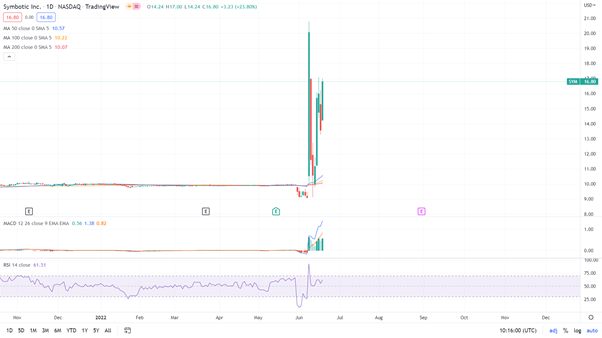 What does Symbotic offer?

Symbotic is a warehouse robotics company, offering a system that combines hardware and software to improve warehouse and supply chain efficiency and reduce costs. The company uses hundreds of autonomous mobile robots, which it calls 'symbots'.

Symbotic claims that its operating units have the fastest de-palletising speed in the world, allowing them to process the inventory of 1’700 cases per cell per hour.

The company also promises taller and denser pallets than the rest of the industry. The pallets are ready to be stored, which optimises transport and labour in the warehouse. In addition, the structure of the pallets is adaptable from one warehouse to another.

Symbotic's system costs USD50 million to install, but is expected to help customers save between 30% and 60% in warehouse space.

Who are the customers?

The company was founded by Rick Cohen, who built Symbotic to automate the warehouses of C&S Wholesale Grocers, which his grandfather founded in 1918.

Today, the company serves five customers, including C&S, Walmart, and Albertsons. It has generated nearly USD400 million in sales and USD122 million in losses over the past four quarters. The company said it had more than USD11 billion in orders under contract. And recently, Walmart announced plans to install Symbotic's system in its forty-two regional distribution centres.

More importantly, the growth potential is enormous. According to Symbotic's CEO, nearly 95% of warehouses in the US and Europe do not have end-to-end automation, and most of them will opt for automation solutions in the next decade.

Going public via a SPAC agreement

Symbotic has chosen to go public via a SPAC agreement, with a parent company called SVF Investment Corp.

In recent years, IPOs via SPACs have become a popular choice for companies looking to go public quickly, as they are simpler than a traditional initial public offering (IPO). The price is fixed in advance, they are more profitable and additional funds can be raised later.

However, SPACs are criticised for offering insufficient due diligence, which sometimes leads to confusion and misunderstanding of the risks investors take when investing in a company backed by an SPAC.

And the fact that Symbotic is backed by big names is positive, but it is no guarantee of quality. Electric vehicle start-up Rivian had the backing of Amazon and Ford behind its back last year, but their involvement in Rivian cost the two companies billions of US dollars in the first quarter, after Rivian's share price crashed by more than 80% after a highly successful IPO.

Moreover, 2022 is not a good year for IPOs, as the prospects of tighter Fed policy and rapidly rising US yields weigh on overall risk sentiment and make it riskier for investors to venture into new companies with limited funds and little establishment.

In the first quarter of 2022, the volume of new SPAC transactions fell by almost 70%.

A difficult time to go public?

Symbotic did not choose the ideal market conditions to go public, but soaring inflation, rising wages and labour shortages - which are mainly responsible for the market collapse - provide a favourable basis for developing its business.

The higher the labour costs, the more attractive it becomes for a company to invest USD50 million in a system proposed by Symbotic to reduce costs.

Moreover, automation is clearly the future of the warehouse business and only a handful of companies are in the business.

Amazon Logistics and AutoStore are among the main competitors in the warehouse robotics industry.

AutoStore, which last October marked one of the largest IPOs in Norway in the last two decades, has seen its share price fall by 65% despite favourable sector dynamics, suggesting that despite a promising future, investors prefer to wait for the uncertainties in the economy to pass before investing, no matter how much the company is needed. 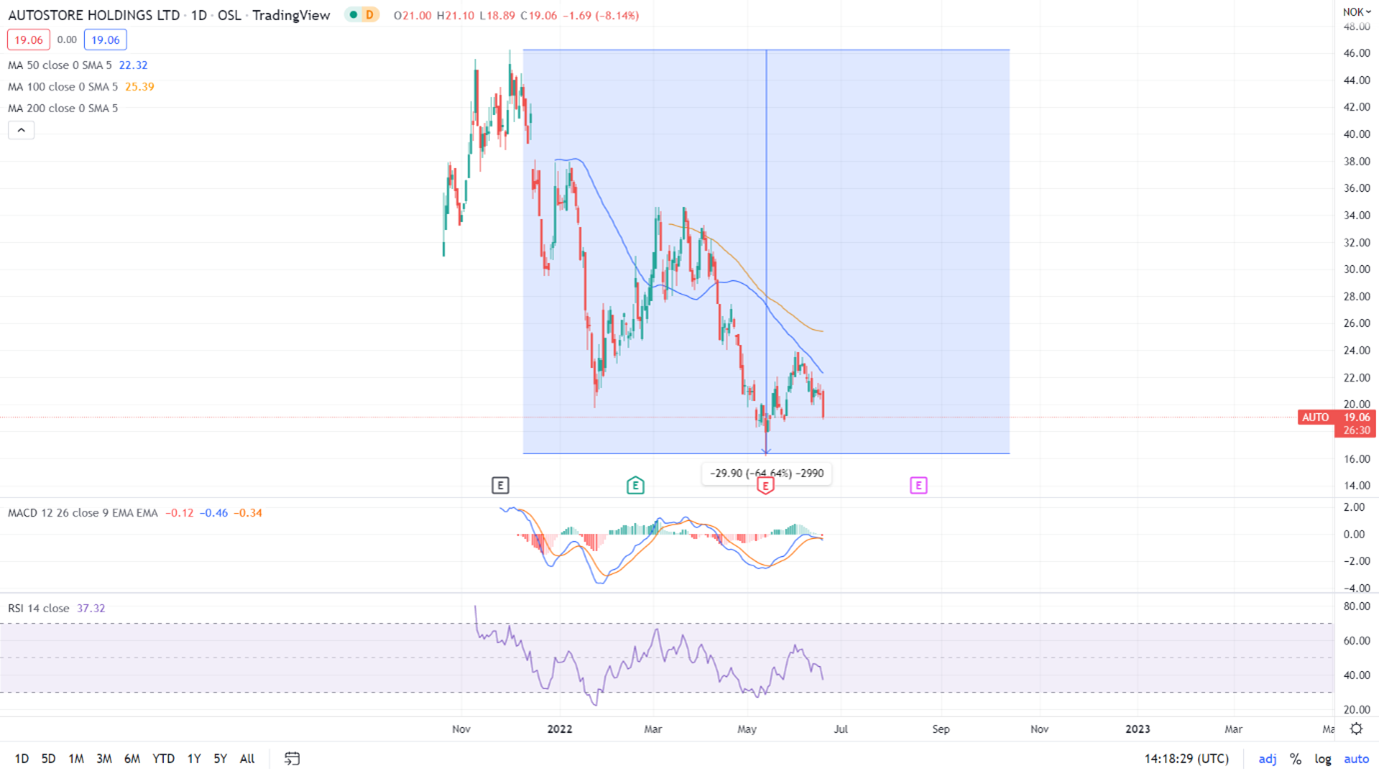