What an interesting disclaimer for a car supposed to offer full self-driving capabilities. It seems that Tesla is not yet fully confident about its product, entering its beta testing phase in the coming weeks.

Tesla is doing well this year. The stock rose and rose to reach $420 a share – versus $65 a year ago. In Q3, they delivered 139’300 cars, which means that they are well on track for their 500’000 goal for the year. On the other hand, they did have to recall 50k model S and X in China due to faulty suspension which might prove to be very unsafe.

Last week, Elon Musk announced that Tesla would roll-out their self-driving vehicles beta testing phase. According to him, they are aiming to have around a million drivers in their cars, in order to collect feedback and data on situations that cannot be anticipated. 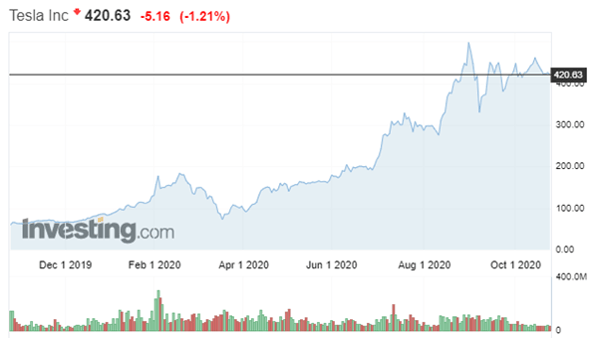 What about the tech?

The new functionalities offer more support, especially when driving on streets. The car is supposed to better detect stop signs and lights. The system also offers a better overall navigation, autopilot, and better capabilities than before getting on and off the highway.

But what is a fully self-driving car? We are certainly not there yet. The Society of Automotive Engineers (SAE) has derived 5 stages to describe where a so-called “autonomous” vehicle stands. In the levels zero to two, humans are still heavily involved, supervising some commands, some of which are partially automated. In levels three to five, the vehicles are driving. Level five describes that state where the vehicle can drive whatever the terrain, traffic and weather condition. At this stage, the human driver technically becomes superfluous. But we’re not there yet, thus the danger.

Well, following the definition of the SAE, it seems like the self-driving Tesla are not really self-driving. Tesla warned beta testers to proceed with caution: “It may do the wrong thing at the worst time, so you must always keep your hands on the wheel and pay extra attention to the road.” Quite a reassuring statement if you ask me. It is still disturbing that Tesla would let untrained customers test the new technologies on the road, posing real issues.

The project is heavily watched by the National Highway Traffic Safety Administration, who will “not hesitate to take action to protect the public against unreasonable risks to safety.” 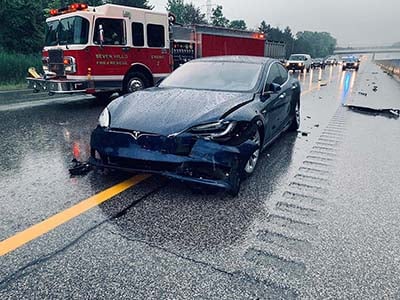 Many experts called the project dangerous and misleading, and sometimes even fraudulent: indeed, why advertise a self-driving car and say it can go sideways if you’re not careful enough?

Steven Shladover, research engineer at Berkeley University in California, who has studied autonomous driving for 40 years, said: “This is actively misleading people about the capabilities of the system, based on the information I've seen about it. It is a very limited functionality that still requires constant driver supervision.”

Even their competitors are doubtful of the way Tesla wants to play it: "Public road testing is a serious responsibility and using untrained consumers to validate beta-level software on public roads is dangerous and inconsistent with existing guidance and industry norms," said PAVE said in a Thursday statement.

Musk remains confident that he’ll be able to provide autonomous vehicles for everyone. He talked, for instance, about a robotaxi system where 10 cars could be controlled by one single operator taking the lead in case the system fails on one of the cars. “It wouldn't be very difficult, but we're going to just be focused on just having an autonomous network that has sort of elements of Uber, Lyft, Airbnb,” he said.

However, researchers, regulators and insurance group are still doubtful about the arrival of true self- driving in the coming years. Elon Musk has had many self-imposed deadlines which he could not satisfy. It seems that complete self-driving is extremely complex in terms of technicity and regulations, and that we are still years away from a full deployment.

Tesla, the "short burn" of the century?