The setbacks of the Archegos Capital fund remind us that some management mistakes can be fatal--especially when they are cumulative.

This past Monday, we learned who was behind the gigantic orders placed on the market the previous week. In a perfect "remake" of the movie "Margin Call", the Archegos fund was forced to liquidate more than $20 billion of positions after failing to meet margin calls. This liquidation caused a stir on the world markets, with Credit Suisse and Nomura declaring "significant losses".

How can a fund of such a large size and managed by seasoned professionals disappear in just a few days? Are these management errors avoidable?

It is interesting to note that the majority of investors, whether seasoned or novice, often make the same mistakes. Below, we review what we consider to be the 7 deadly sins of trading and investing.

Not having a strategy.

A trading or investment strategy is a guideline to follow regarding the initiation of a position, the setting of a target, a time horizon, and the use of stop-losses. Without a trading plan, emotion and irrationality can take over. The use of stop-losses allows you to limit losses before they become too large - which can be very helpful when using leverage. It is also highly recommended to plan ahead of crises rather than during them. Most traders wait for the markets to crash before developing a strategy. This leaves them completely unprepared. The best solution is to develop a plan in advance. For example, by buying small amounts in the downward phase of the markets - a practice known as "dollar-cost averaging". The history of financial crises proves that this is a strategy that has very often proven to be successful.

Not knowing what you buy.

Buying options without knowing the specifics is a recipe for failure. It is essential to do a thorough analysis of the instruments and assets one wishes to buy. Investors must also look at the market players, the fundamentals, supply and demand, etc. Warren Buffett himself says that he only invests in companies whose business models he understands.

Whether we are talking about investment or trading, the problem remains the same: it is preferable to position yourself on what you know. This system allows you to control your emotions during very volatile periods. It is easier not to panic when you have a strong conviction about the asset in which you are invested.

As in other disciplines, the euphoria generated by a success can cloud judgment and decision making. The adrenaline of a win can lead investors to rush into another position with the newly gained capital without prior analysis. This can lead to losses and wipe out recent gains. That is why it is important to stick to your trading plan.

Another way to keep your feet on the ground is to adhere to the discipline of "rebalancing" your portfolio, that is, periodically readjusting the strategic weightings of your portfolio. For example, after a strong period of rising equity markets, a portfolio may have a disproportionate allocation to equities compared to other asset classes.

A portfolio rebalancing forces the investor to take profits on positions that have disproportionately outperformed and re-allocate to positions with more promising potential. 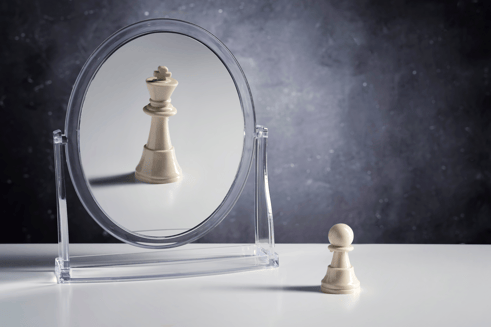 Like a plane crash, the biggest losses in the stock market are not the result of a single mistake but the accumulation of several failures.

Overexposing capital to a small number of positions can lead to higher profits, but it also increases the inherent risk of the portfolio--hence the importance of diversifying portfolios. One of the aggravating factors is the use of leverage, which is essentially a loan made to a trader to increase the size of their position. By betting more than his capital, the gains can be multiplied but so can the losses. Indeed, when the position turns out to be losing, the trader has to resort to margin calls or forced sales in order to cover losses.

The risks incurred by traders become even greater when the instruments traded have low liquidity. In case of forced selling, the trader is forced to liquidate a large amount of securities in a tight market, creating what is called a downward spiral: the more securities the trader sells, the lower the price, the more margin calls force the trader to sell more and so on. This is exactly what happened in the case of Archegos. By concentrating their portfolio on a small number of positions with very high leverage, the Archegos fund got into a vicious cycle once the market went against them. 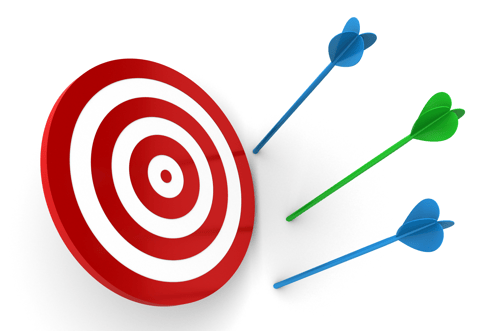 You should cut the losers and ride the winners. A typical mistake made by many traders and investors is to hold on to losing positions in hopes of "making it back". The temptation to leave losing trades open in the hope that the market will turn around can be a serious mistake, and failure to limit losses can wipe out profits that an investor has made elsewhere.

The same psychological mechanism means that winning positions are often cut too quickly, in order to make a sure gain. Successful traders operate in the opposite way. They want to limit their losses (risk management very often via stop-losses) but leave the door open for gains. When a position is in the process of being won, the momentum is often on the trader's side and it is therefore appropriate to leave a position open. It is very often in the great bullish phases that the largest profits are made in trading. On the other hand, closing all winning positions prematurely is bound to fail. 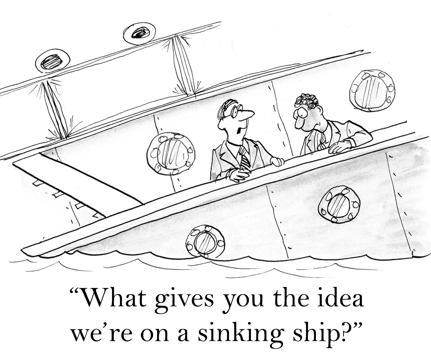 Many investors tend to think that the market is wrong, without speculating that they may have misinterpreted certain developments. How many investors have bet against the bond market in recent years on the grounds that yields are too low (or even negative)? Why did so many investors pick up on the extraordinary success of companies like Apple, Google or Tesla too late because of too generous a P/E?

Even modern portfolio theory teaches us that there is a rational justification for every price movement. An almost systematic mistake is not to invest in a stock or market because the valuation ratio is too high. It is more important to understand the reason behind a valuation premium or discount but also the factors that could create a change in market perception.

Of course, the market can sometimes be wrong, with investors overreacting on both the upside and the downside. It is during these famous "turning points" missed by the consensus that "contrarian" positioning can be most beneficial. But investors and traders who systematically bet against the market lose in most cases. Countless investors have missed out on two unprecedented bull markets: the bond market bubble of the past 25 years and the U.S. equity market bubble since 2008. The reason given by the skeptics? Quantitative easing and over-indebtedness policies can only lead to a macro-economic catastrophe, synonymous with inflation, corporate bankruptcies and loss of credibility for governments.

But it is indeed the torrents of liquidity injected by central banks that have created the famous TINA (There Is No Alternative), "forcing" investors to invest their cash in bonds and shares. Fiscal stimulus seems to be contributing to the continuation of the bull market in risky assets. At the risk of bursting the bond bubble?

Once again, investors should not underestimate the creativity of the Federal Reserve and the famous "Don't fight the Fed". A basic principle: policymakers set the rules of the game - investors should allocate their capital according to those rules - not the other way around.

US vaccine rollout slows, but nowhere near the finish line

The number of new US homes for sale in June hit new high since Dec. 2008