The boom of virtual real estate

Digital buildings and land that you can buy and sell in virtual games as NFTs for hundreds of thousands of dollars? No, you are not dreaming, this is all real.

Last month, the all-digital work "Everydays: The First 5000 days" by American artist Beeple sold for $69.3 million at Christie's. The work is a non-fungible token (NFT) - a new type of virtual asset that has exploded in popularity in 2021, with soaring prices.NFTs encompass a wide range of products, from digital artworks, collectible sports cards, and gaming characters to virtual real estate. Brands such as Nike, Louis Vuitton and the NBA are already crafting their own NFTs.

In this article, we look at the case of the virtual real estate economy based on blockchain. Indeed, land and buildings can be bought and sold as NFTs for hundreds of thousands of dollars.

But before we go any further, here is a quick reminder about the characteristics of NFTs.

What is a Non-Fungible Token (NFT)?

On the other hand, some assets are non-fungible. This is the case with airline tickets. Although there are thousands of them, some characteristics are unique to each ticket, such as seat number or departure time.

Among digital assets, there are NFTs, which are unique and identifiable. No two tokens created will be the exact same, nor will they be interchangeable: they have specific characteristics. These unique tokens are stored on the blockchain.

NFTs derive their value from the same deflationary principles as bitcoin – the number of tokens is limited, and items cannot be duplicated. Authenticity plays a big role in the rise of NFTs. Tokens are verifiable and can always be traced back to the original creator. Their value also lies in their immutability. NFTs cannot be destroyed, deleted, or duplicated. The token exists only on its native platform, stored on the blockchain. 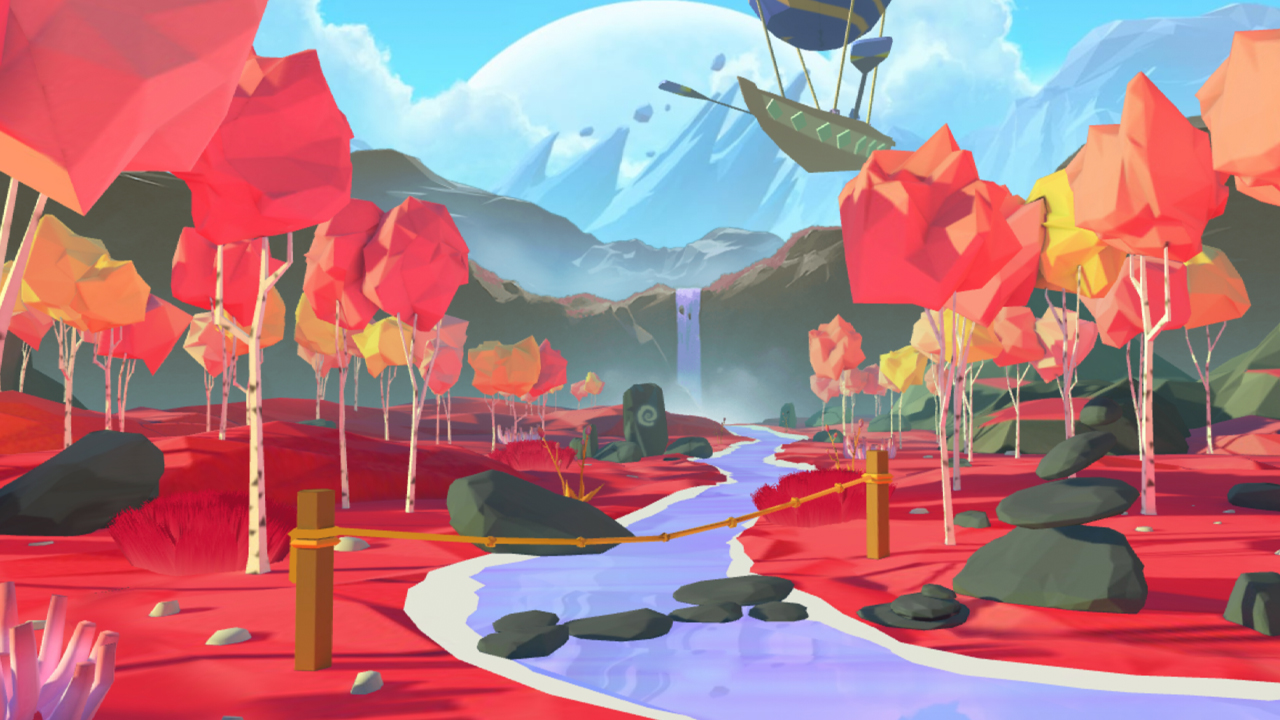 In virtual worlds, players own their avatars. In these environments, called metaverses, they can chat with other users, walk around with friends, visit virtual buildings, earn cryptocurrency by playing games and casinos, buy art in galleries, attend concerts and events, etc.

The most famous crypto-based virtual worlds are called Somnium Space, Cryptovoxels, Axie Infinity or The Sandbox. But the most eminent is Decentraland, a multiplayer role-playing game developed by two Argentinean software engineers. This virtual world is centred around a square called Genesis City and, unlike most video games, it has no other objective than to become a virtual world developed and owned by its users. It shares similarities with early virtual games like SimCity and Second Life and newer multiplayer games like Minecraft and Fortnite.

What sets Decentraland apart is that its economy is based on a cryptocurrency. All plots (called "LAND" in the game), apart from roads and plazas, can be bought, sold, and developed by game users using MANA, Decentraland's own digital token. Launched in 2017, MANA now has a market capitalization of approximately $1.7 billion, and is up 1,500% year-to-date. The cryptocurrency is now in the top 80 largest capitalizations according to www.coingecko.com. Grayscale, the company that manages the largest trust on bitcoin ($30 billion) will soon launch a trust on MANA. 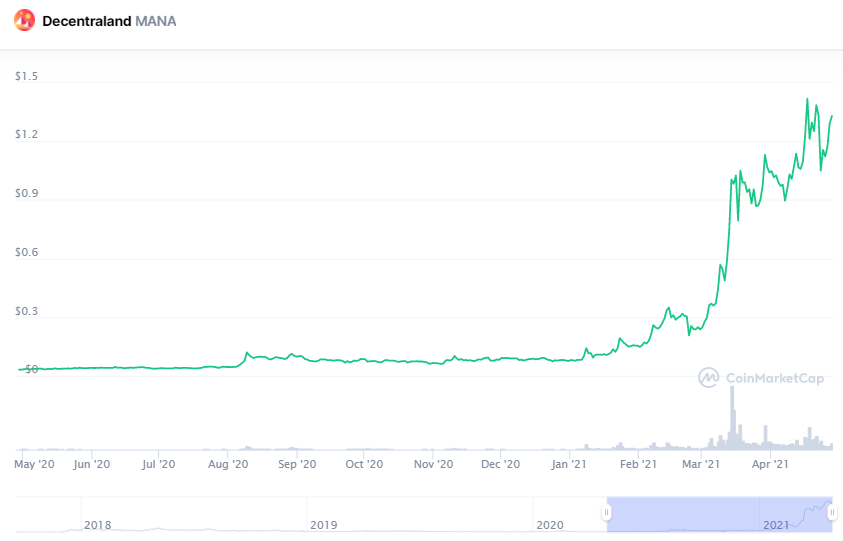 On Decentraland, land ownership is an NFT registered on the Ethereum blockchain, which makes it both easily transferable and less prone to fraud. The game developers have set a cap of 90,061 on the total number of LAND plots that can be created. LAND plots are not fungible because each plot has a different set of coordinates (x, y).

There is also a secondary market where LANDs can be bought and sold, and an economy to support entrepreneurs who want to design and build on these virtual plots.

Discussion forums in the game and on Discord and Reddit are very active. Liquidity and volumes in the secondary market are up sharply. In the meantime, virtual real estate asset prices are exploding.

In 2017, the year Decentraland launched, LAND plots sold for about $100 USD per plot. Last month, the price of an undeveloped plot had risen to about 8,000 MANA, a 14-fold increase in just three years. Since the game's launch, there have been more than 50,000 secondary LAND sales totalling over $30 million at an average price of $560. Today, the total value of all LAND is approximately $100 million – and growing. An area measuring 41,216 virtual square meters sold for $572,000 on April 11th, a new record.

Metaverse enthusiasts compare the rush to buy virtual land to the rush to buy domain names in the early days of the Internet. There are currently a few thousand unique landowners on each of the major blockchain-based platforms.

Their bet: more and more people will congregate in these environments. As a result, centrally located parcels of land will be in high demand due to visitor traffic and therefore monetizable.

Until now, it is a relatively small number of people who drive up the price of land in these worlds. In Decentraland, there were 334 buyers in March with a monthly sales volume exceeding $4 million. In February, there were 184 buyers for a volume of $246,000, according to NonFungible.com.

Note that Decentraland is far from being congested with traffic and that most of the LANDs remain underdeveloped. This parsimony is deliberate. Indeed, the game has been designed to accommodate a large user base playing on several servers. This model is inspired by those of Minecraft and Fortnite where hundreds of thousands of people play at any given time but on multiple servers to avoid congestion. The growth potential is therefore limitless.

Virtual worlds for adults are not new. Second Life and Eve Online were launched in 2003 and attracted millions of users at their peak. Players built complex economies in these games. But at the time, the real world was still very much rooted in real interaction. Since then, human interaction and socialization has become increasingly virtual. The pandemic has pushed many people "online" and some habits could lead to permanent behavioural and cultural changes.

Today, children are "hooked" on video games set in virtual worlds – especially Minecraft. These games are shaping the way children interact with technology and each other. Decentraland and other crypto-based adult virtual worlds are designed to appeal to players who have grown up with games but are now looking for deeper human connections based more on socialization and transactions than on hunting treasure and slaughtering enemies. The user experience of adult games uses the same conventions as the children's versions.

In 2004, Ailin Graef (avatar Anshe Chung) began accumulating virtual real estate in Second Life. An initial investment of $10 turned into over $1 million through business transactions conducted entirely in a virtual world. Much of today's enthusiasm for virtual real estate and NFT speculation can be attributed to its success.

What matters in the virtual world is bringing life and humanity to something flat and pixelated, attracting players to a certain location, and then encouraging them to come back and interact. In the virtual world, ingenuity and design matter far more than location and budget.

New projects and partnerships are already underway to make this virtual world a sophisticated and engaging alternate reality that could become as ubiquitous and addictive as Facebook and Instagram are today.

Are virtual real estate NFTs a new speculative bubble? It is quite likely. They are extremely speculative and risky investments; a total loss of capital is likely. That said, it is also a business model that is in line with the evolution of our society. The world of crypto assets is growing at a phenomenal rate. Virtual real estate is therefore an alternative investment worth investigating and following.