Facebook might get sued for its massive recent acquisitions for anti-competition reasons. The Federal Trade Commission (FTC) accuses them of buying rivals to stifle competition and build a monopoly.

The Facebook app family might have to split up. The FTC as well as 46 states are accusing Facebook of stifling competition by acquiring rising rivals. If it turns out to have effect, this would be one of the biggest antitrust case in history.

For a little history background, let us recap. In 2012, Facebook acquired Instagram for $1 billion, at a time where the term #influencer was not even a thing. In 2014, Facebook acquired WhatsApp for a whooping $19 billion. In 2020, The FTC, who had approved the two previously mentioned deals, wants them to break up, in their fight against unfair business practices.

Facebook would be particularly upset about such a decision, because the future of the company might depend on Instagram and WhatsApp. According to Mark Zuckerberg, losing the two apps would be a crushing defeat to the company, "an existential crisis" even. In part because WhatsApp's user base is growing much faster than Facebook's or Messenger's. Indeed, regular users grew 12% on Messenger to 1.8 billion people, while the combined user base (Facebook + WhatsApp + Instagram) grew 15% to 2.5 billion daily users. That is a decent part of the planet already... We can clearly see that WhatsApp and Instagram have been a growth motor for the mega company. Also, among the 2.5 billion users, 700 million, or 28%, have not touched Facebook.

Facebook was most likely predicting the fading of its original app and wanted to get their hands on what might be the next big fish. Through these apps, the company probably wanted to diversify its revenues – today, mainly coming from ads – and jump to the next big trend: e-commerce. Breaking up would potentially kill Facebook’s long-term perspective and smash the value of these investment to smithereens.

Is it feasible though? “Unravelling existing mergers is hard, especially when 10 years have passed. But it is possible,” says Mark Lemley, a senior fellow at the Stanford Institute for Economic Policy Research. 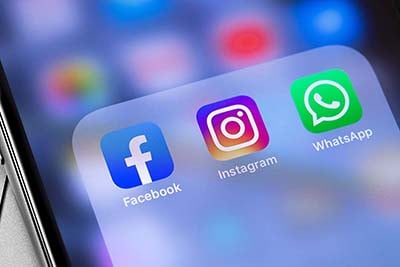 Since 1970s, the antitrust law has revolved around the consumer welfare standard. This means than monopoly is not illegal per say, as long as it does not hurt customers. In general, this was observed by looking at the price: is it increasing following up the merger of two companies? If it is, and that no other competitor can afford to enter the market and cut prices, this means that one company has the full control over one important good and can practice price abuses. That is monopoly.

However, with Facebook being a free service, deciding whether the consumer is better or worse off becomes increasingly difficult: remember that these laws were written in a world without internet. There was no way they could predict the scandalous data breaches and the dubious use that was made of them in several cases (e.g. Cambridge Analytica). Funny that Facebook initially began by differencing itself based on privacy back in 2004. Profiles were private, except to your friends, unlike the then very popular app Myspace, where you could see all user profiles without barriers. Facebook even vowed: “We do not and will not use cookies to collect private information from any user,” in an early privacy policy. Ahem.

On the one side, they are hurting their customers who have lost control and vision over their own data, which is used to make money – or in some cases, to political ends, which might even undermine democracy as we know it as well as transparent and unbiased access to information.

On the other side, they are hurting the competition by giving them no chance on the market. The FTC argues that Facebook is taking a buy or bury approach towards rivals. One does not simply competes with Facebook, not on their watch.

The situation is grave, according to the FTC and the collided states. "For nearly a decade, Facebook has used its dominance and monopoly power to crush smaller rivals and snuff out competition, all at the expense of everyday users," said New York Attorney General Letitia James, who is leading the legal fight by the states. "No company should have this much unchecked power over our personal interaction and social interactions. That's why we are taking action today."

The giant social media answered that the deals were approved under scrutiny years ago. In fact, they're right. As mentioned in the first section of this article, the FTC did approve the mergers.

Facebook argues that having the FTC change its mind on a 10-year-old decision might undermine the validity of their decisions. "The government now wants a do-over, sending a chilling warning to American business that no sale is ever final," Facebook general counsel Jennifer Newstead said. She also insisted on the fact that Facebook will defend its rights "vigorously". They further argued that the anti-trust law was here to protect consumers and promote innovation. In their case, they state that this is nothing but the punishment of a success.

They also argue that the company they acquired were relatively small at the time. There was no indicator that their success would be so massive. It is them, Facebook, that made them big. “Our acquisitions of Instagram and WhatsApp have dramatically improved those services and helped them reach many more people,” Zuckerberg wrote in a post to employees on Wednesday. “We compete hard and we compete fairly. I’m proud of that.”

As a proof, the legal filing even included a quote from Mark Zuckerberg which read: "better buy than compete". Facebook's founder also said: “One way of looking at this is that what we’re really buying is time. Even if some new competitors spring up, buying Instagram, Path, Foursquare, etc now will give us a year or more to integrate their dynamics before anyone can get close to their scale again. Within that time, if we incorporate the social mechanics they were using, those new products won’t get much traction since we’ll already have their mechanics deployed at scale." Wait what? So that is it, he’s buying to develop apps and scale them to a point where no one is able to catch up?

Within the hour, Zuckerberg noticed that his statement did not help Facebook’s case much, so he wrote: “I didn’t mean to imply that we’d be buying them to prevent them from competing with us in any way.” Zuckerberg is great with engineering, but a poor diplomat indeed. Following this statement, antitrust lawyers saw that as an admission of guilt from Zuckerberg. His message literally describes some kind of anti-competitive behavior. I can imagine that Facebook’s lawyers were happy.

However, Newstead strongly denies this, and ensures that there is only one reason behind their market domination: superior service. “People and small businesses don’t choose to use Facebook’s free services and advertising because they have to; they use them because our apps and services deliver the most value,” she said. 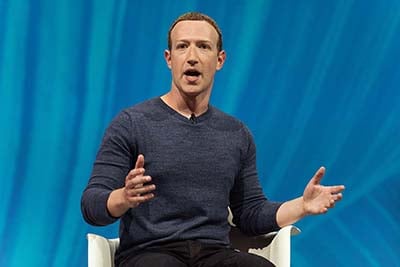 This is certainly not the first major lawsuit against a tech company we have seen this year. This summer already, the Congress asked to see the big bosses of Amazon, Facebook and Apple in order to examine their real influence on the market.

The Department of Justice also sued Google in October for maintaining a monopoly on Internet searches.

According to regulators, this is a critical first step towards a fairer market, but these lawsuits take times and companies can appeal. We should therefore not expect the mentioned major breakdown to happen any time soon.

Facebook wants to create an ultimate, fully integrated solution, blurring the lines between the apps to get one platform for all payments and messaging. However his allows them to have access to all the user’s data, which they can use to create value, but not always profiting their users.

At the same time, the more they progress towards this “one solution” goal, the harder it will be for regulators to break the monopoly down. The question is: who will win the race? Will Facebook succeed in making its offer so integrated that it becomes impossible to split before the FTC manages to break them down in accordance with the anti-monopoly law?

Facebook might have to break up with Insta and WhatsApp— we break down the numbers, in Snacks Daily

Facebook facing US legal action over competition, in BBC News

US sues Facebook for ‘years-long’ abuse of monopoly power, in the Financial Times

Facebook lawsuits: the biggest tech battle yet, and one that is long overdue, in The Guardian

US regulators to Facebook: It's not us, it's you, in CNN Business