The metaverse: from idea to realization

The metaverse has been part of the literary and entertainment canon for thirty years. Today, we are approaching its realization. What are the prospects of such a vast project?

The word “metaverse” has spammed media in recent days. Facebook changed its name to “Meta” to reflect their will to get deeper into it, mentioning the word over 80 times in under 90 minutes in their last keynote presentation. As with the internet at its beginnings, nobody is certain of what the metaverse is, as it seems that the definition varies depending on the source.

The term “metaverse” was first coined in Neal Stephenson’s 1922 cyberpunk novel “Snow Crash” and was used to describe an imaginary place seen through virtual reality goggles where users build things, interact with each other, and go beyond what reality permits, without the laws of time and physics.

In the most common sense, it seems that the metaverse is the next major evolution of the internet. Replacing our relatively “flat” internet experience today, it could be a more immersive experience where the user goes beyond the screen and can almost physically see, touch, and talk to others as if they were there. Communicating at a distance is nothing new (Zoom, WhatsApp, telephone) and neither is using avatars in a virtual world (Habbo, Roblox, and video games), but making it look like a quasi-real experience is the next crucial step, blurring the line between fiction and reality. 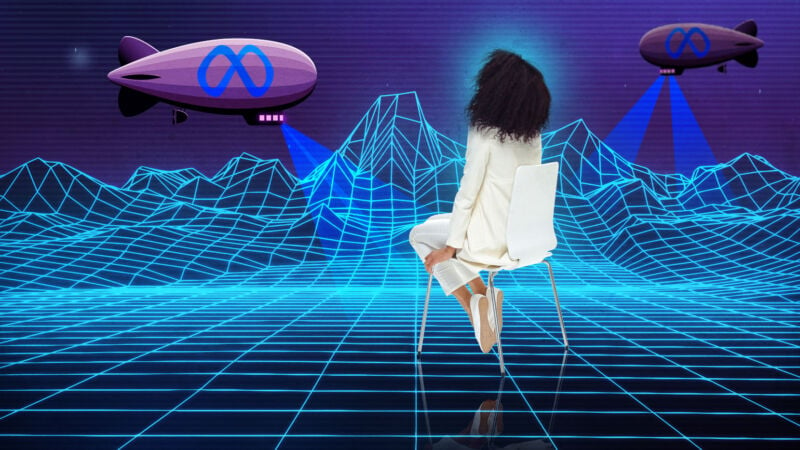 However, the metaverse goes far beyond communication with life-looking settings. There is no need to be alarmed by movies such as Ready Player One or the Matrix. What companies such as Meta propose is, before all else, a redefined internet experience, replacing the flatness of our computer screens with an impression of reality.

With the metaverse, it will not only be possible to communicate and see each other as if we were standing in the same room, using virtual headsets and avatars, but it will likely be possible to visit shopping malls or a new house from our sofa.

We will be able to attend virtual concerts, to visit places in the world we could never dream of traveling to. What’s more, we could perhaps experience things impossible in our physical world. What about an amazing light show in an arena larger than any ever built, a visit to Mars, or even to an imaginary place?

Additionally, an entire secondary economic landscape could be created. Users could buy property within a metaverse such as land, art, real estate, vehicles, and trade with real-world money. The possibilities are endless. This concept is a door to new realities, which could broaden the scope of economic possibilities and how we view and experience the world. 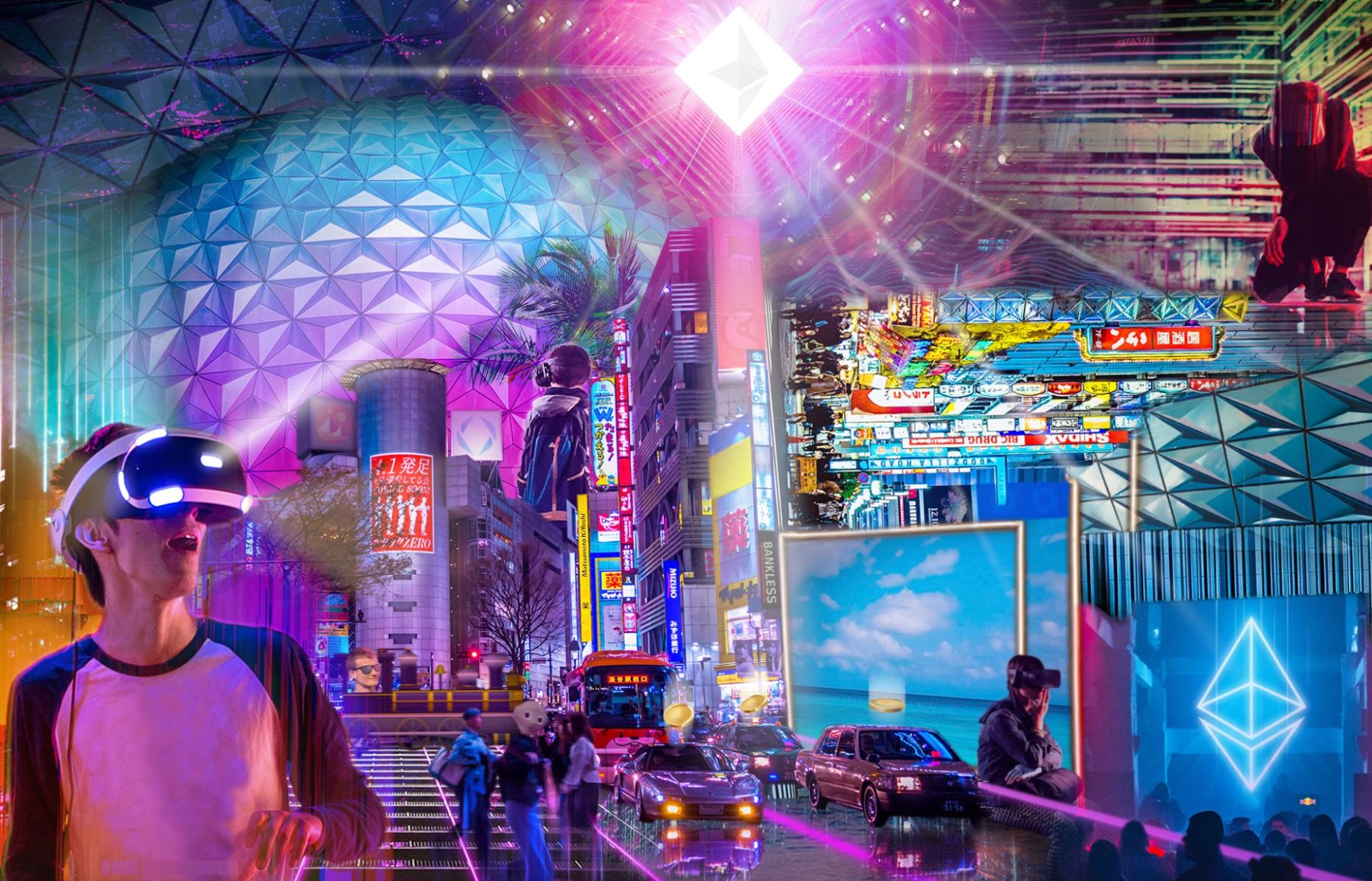 A metaverse or THE metaverse?

There is a difference between a metaverse and THE Metaverse. There can be multiple metaverses, closed to only certain users. For example, a Zoom conference room is technically a metaverse, and so is a Fortnite game. Participants share the virtual space, even if only for a couple of hours. Massive multiplayer online role-playing games such as World of Warcraft also encompass a world where users can play, exchange, and interact.

In contrast, and from a more global perspective, there could be THE metaverse, which would be the sum of all these metaverses, and where one could imagine interconnectivity that would allow every single internet user to take part. THE Metaverse would have to have a shared set of broadly agreed-upon standards with which every user – company, landowners, players – will have to comply with.

Of course, the idea is seducing – or frightening – but there is still a long way to go.

There will first be an issue of processing power. Connecting the world to a globalized, life-like-looking server will take an enormous amount of computing power that our computer scientists have yet to come up with.

Also, the standards needed to build and interconnect metaverses to create one will likely take decades of regulatory talks. There would need to be laws on how to govern this alternative universe, guidelines on how properties will be established, what currency will be used to trade, the question of legal age for some activities.

Other limitations will certainly arise. In the end, it is an entirely new society that is being built. The next question will be: what kind of world do we need and want to build? Replicating our world and beyond might be interesting, but developers ought to instore similar, if not better, rules and values to govern it. 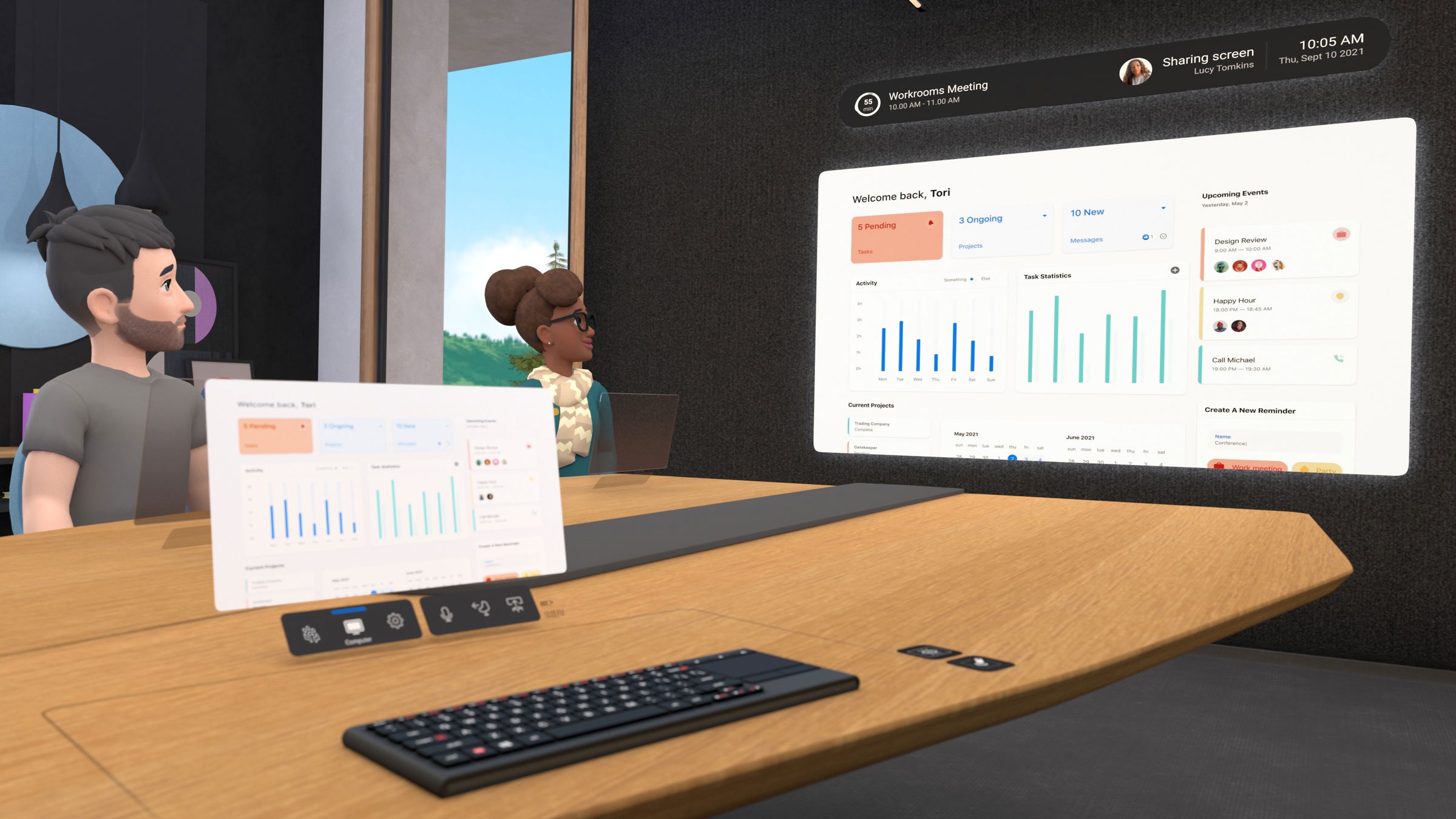 Investment ideas in the metaverse

For investors looking to get exposition to the metaverse’s development, there are already some early opportunities. We believe that the following companies have the potential to one day be important actors in the domain. Of course, this list is non-exhaustive and is only meant to give the reader some ideas about the next important players in the sector.

The first name is an obvious one. After all, they did change its name from Facebook to Meta a couple of weeks ago, clearly indicating its development intentions. The company wants to develop an integrated virtual environment where people can work and play. Going beyond traditional social media, Meta wants to offer an alternative universe where people can connect and erase the barriers of screens and distance. Facebook's Oculus and Horizon virtual reality subsidiaries will likely play a large role in its metaverse push.

A leader in computer technology and communication, Microsoft will certainly want to participate in this revolution. The company has already developed HoloLens, mixed reality smart glasses that will likely be their first bridge between real and virtual worlds.

Owner of one of the two main 3D video game engines, Unity Software will likely be one of the crucial actors of this revolution. The company has such a predominant position on the market that 94 of the largest 100 game development studios use the Unity engine. CEO John Riccitiello said the company will "support and shape the metaverse" and will "emphasize content creation, cross-platform access, and narrowing the distance and reducing the friction between creators and consumers."

Video games platform Roblox might be the closest thing to the metaverse available today. Players can play, meet, interact, use the game’s own digital currency to purchase items or tickets to virtual events. Outside developers are constantly building new games and content to integrate into the existing game, which serves as the base for their growing “metaverse”. The platform has 43.2 million daily active users and keeps growing.

Buying products online was convenient, but some customers might have become nostalgic of the real physical shopping experience. As a pillar of online shopping, Amazon is looking to strengthen its position, especially in the metaverse transition, and build an “Amazon mall” where shoppers will be able to interact with and buy digital products. In a recent blog post, Amazon's Vince Koh, who heads worldwide digital commerce for the company, discussed innovations such as virtual try-on, virtual pop-up stores, and a virtual avatar economy as ideas changing the retail landscape. Finally, Amazon Web Services, their cloud offering, will likely be one of the Metaverse’s development pillars.

As a company that derives 70% of its business from design software for architecture engineering and construction, we can imagine that, given their expertise, Autodesk might be the readiest for the task of constructing the metaverse. After all, there is an entire, limitless world to build. Autodesk now has a suite of products designed specifically for building virtual reality and augmented reality 3D animations and buildings, perfect for metaverse construction.

The Metaverse would require enormous computing power, which is where companies like Nvidia come in. Nvidia is a company that designs and produces not only high-end computer chips needed to power high-end servers, artificial intelligence, and virtual reality applications. Additionally, Nvidia is creating its own metaverse platform, called Nvidia Omniverse. This platform will be used to connect 3D worlds in an integrated metaverse, with additional uses for collaboration and the simulation of real-world architecture.