The rise of stock influencers – shaking markets with words

Elon tweets and people buy. In the past few months, we have seen stocks and other assets shoot up and down following tweets or other announcements from what we now call stock influencers. What is the reach of these people, and what are the risks behind this trend?

Are there really people with the power to move markets with words?

Yes, and there is little new in this concept. Star investors like Warren Buffet and Peter Lynch have always impressed with their way of consistently beating markets. For decades, their advice has spammed articles and shareholder letters, they gave out book recommendations for traders looking to replicate their investing strategies.

Influencers have reached new heights. A simple 11-character tweet from Elon Musk on a January afternoon (“Gamestonks!”) sent the GameStop stock soaring 150% overnight. Analysts have been looking for the reasons to explain the jump, but they could find nothing other than this tweet to explain the surge. A simple “#bitcoin” in his Twitter profile bio managed to move the price of the currency up, too. 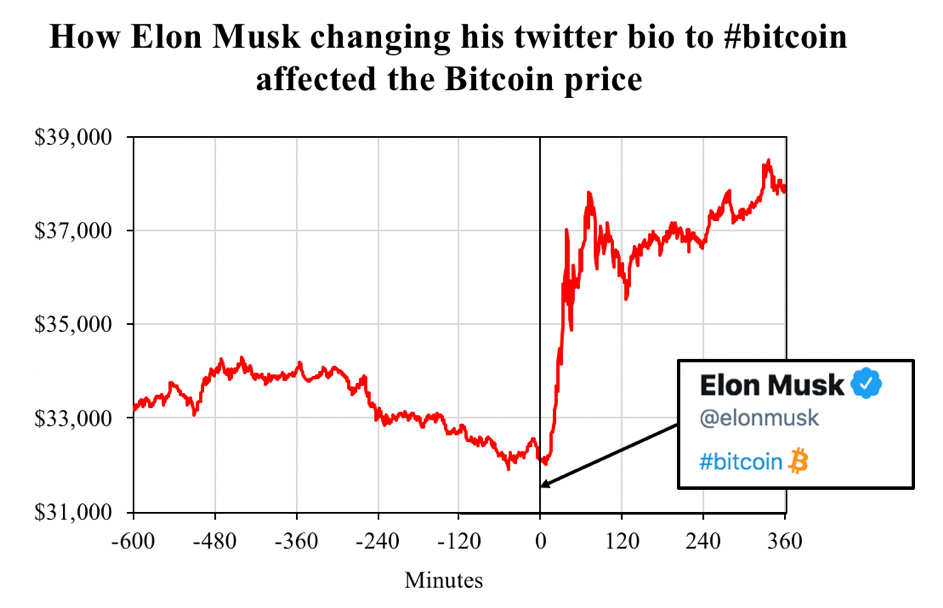 Bitcoin price after Elon Musk changed his bio. That's what we call influence.

Elon Musk is not the only billionaire influencer moving the markets. Personalities like Cathie Wood or Chamath Palihapitiya collectively have millions of online followers, drinking their words as if it were a holy liquid of truth and knowledge.

Some influencers that are not even directly in the business and investment world are being closely followed and imitated. When Oprah Winfrey said that she had taken a 10% stake in the company Weight Watchers, she managed to save a company that had been in debts for years. According to Forbes: “With the stock changing hands for around $18, Winfrey has single-handedly generated $700 million in stock market value in two days, given that the company has 63.6 million shares outstanding following the Winfrey deal.” That is a massive turnaround for a struggling company.

Social media is a new way to express opinions

What has changed? Well, many things. While Buffett and Lynch could give advice via books and newspapers, the advent of the internet and social media means advice can be distributed at a much faster pace, giving birth to a whole new generation of investing gurus. But this is not the only thing that differentiates old influencers with the new generation.

Disdain of financial analysis and hate of major institutions

One other element that distinguishes new influencers from their senior colleagues is a common disdain for financial industry norms. Analysing a stock? followers could not care less. If their icon is buying it, you could be sure that they will follow.

We are not short of examples for this. David Portnoy, founder of Barstool Sports, livestreamed himself buying stocks based on letters picked at random in a Scrabble game. Chamath Palihapitiya said to his Twitter followers that he would invest a couple 100k’s in whatever his followers would convince him to buy – which resulted in $125’000 worth of call options on GameStop. It is going so far that it has almost become a joke. The quality of the trade does not matter anymore, people simply seem to want to follow a buzz and be part of a movement.

These stock influencers also have a disdain for traditional financial institutions such as hedge fund and the SEC. Elon Musk almost mocks them: “it would be awesome if the SEC investigated my Dogecoin tweets”. Chamath Palihapitiya could not hide his enthusiasm either when Melvin Capital took a beating with the GameStop short squeeze, saying that the WallStreetBets forum has pulled an “insane, crazy, baller”. Portnoy also had a dispute with Steven Cohen when some brokerage firms made it impossible to buy the GameStop stock, accusing him of trying to save hedge funds at the cost of ordinary people.

And this is precisely one reason for their sudden popularity. Many people feel that they do not have any weight or standing, especially in these elite-reserved financial institutions. By acting as outsiders, gladiators fighting in the same arena, influencers have succeeded in building a strong and dedicated followership – cf. Maximus in the Ridley Scott movie Gladiator.

Our team can’t handle managing 100 redditors tbh, but if you guys can come up with a process and a selection criteria etc, I’ll fund it. 100 x $100k

Consequence: stirring up interest for investing

This frenzied promise of quick profits championed by major business figures has fuelled the opening of more trading accounts than ever before. New investors wanted their piece of the pie. The number of trading accounts opened has exploded between April and January.

This of course also had the effect of pumping up stocks.

Potential dangers of this influencer trend

There is only one, small, tiny difference, that has its weight. These people are billionaires. They can afford to throw “a couple 100k’s” at a stock. Many individual investors do not. Of course this does not mean that you need to billionaire to invest. But using your rent money to buy GameStop at $300 might not be wise.

GameStop did go above $345, but also fell back in the $40 only a few weeks later. That is a big volatility, and a mean one if you invested your stimulus check in the operation. This kind of loss is almost neglectable for a billionaire, but it can have serious consequences for a retail investor.

Will this trend last? How can I profit?

Arguably yes, there has always been influencing personalities as mentioned above – after all, we still quote Warren Buffet. Influencers like Cathie Wood might last as they promise to deliver long term value. And in the end, this is what investors are looking for.

While you can jump on trends like GameStop and make a quick profit, you should try not to follow advice blindly and always try to examine the health of a stock or asset before jumping in. If you are willing to take big risks, always invest sums that you do not mind losing – if this sum is a couple $100k’s for Palihapitiya, it may be only $100 for you.

While markets are going up, these funny – “Yolo” – strategies may work and seem fun. Another tale will begin once things turn. Another potential end would be censuring by the SEC: after all, Michael Barry did stop tweeting after a visit from the stock markets police.

Warren Buffett – You can track the investment of Bershire Hattaway which generally follow his investing philosophy, or simply buy one of his books such as The Essays of Warren Buffett: Lessons for Investors and Managers 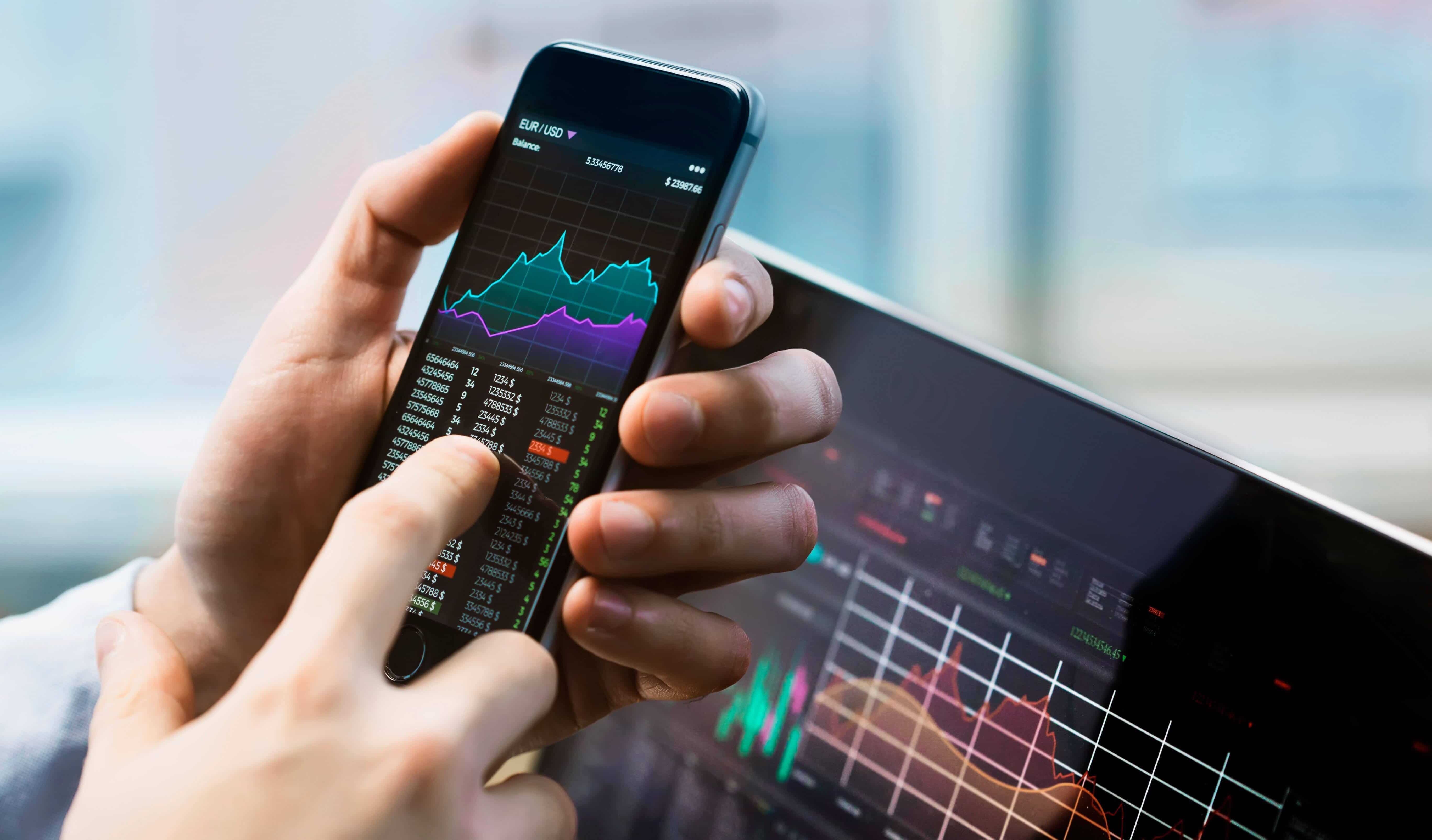 When to sell your shares on the stock market 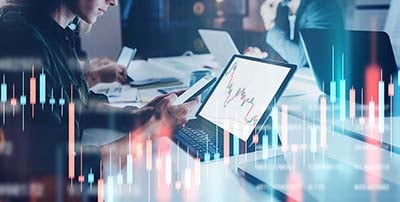