Logitech is the swiss giant making your computer peripherals. They have seen an upswing in sales because of work from home mandates, and are full throttle on the esports future.

With work-from-home nearing its one-year inauguration birthday, we thought you would be curious to see how one of its main beneficiaries, Logitech, is doing. Logitech is a consumer electronics business based in Lausanne, Switzerland. They focus on computer peripherals like cameras, and keyboards. They famously made the mouse with the big red ball if you are old enough to remember, and they have grown enormously because a recently booming e-gaming industry. The e-gaming industry alone is on track to breaching the $1.5B mark by 2023 suggests Business Insider and the eMarketer shows ad revenues amounting to $226M in 2021. This US market size is determined mostly by sponsorship and advertising revenues. Total e-sports viewership is expected to grow at a 9% CAGR between now and 2023 from 450 million to 650 million in a couple of years. Asia Pacific, North America, and Europe are the largest markets in that order with APAC accounting for more than half of global viewership.

This is great news for Logitech because they supply the tools to make e-gaming more personalized. In true Swiss fashion, they make some of the world’s most precise computer mice and sew ergonomics into their keyboards like nobody else. They own brands like Astro that make customizable headsets specialized for gamers, Blue that make microphones for podcast streaming and Jaybird a less expensive Bluetooth headset alternative to Airpods, for athletes.  They have an increasingly well diversified portfolio of products made in house that focus on some of the hottest trends. Think house automation, and they have a smart home remote control. Home security cameras? On it. Video conferencing? Yes. Presentation remotes? That too. Logitech’s real estate, if you would allow it, is your desk space. They want all their products on your desk, whether you are at home, at the office or in the classroom.

Logitech is very brand aware because they compete against one main powerhouse—Apple—and many other more niche brands in the sound space like Bose, Sennheiser, Bang Olufsen, Bowers & Wilkins, and large swaths of hungry up and comers. For this reason, everything related to ESG is of the essence. The Swiss giant cannot afford to make mistakes with regards to their positions in human rights issues, climate change and racial inequity. This matters only more so because their consumers also share those values, especially younger Gen Z and millennials who are either entering the work force now, still going to school, or playing games. This is well represented in their latest commercial starring Lil Nas X in the DEFY LOGIC campaign, a commercial promoting innovation, creativity, individuality and pushing the boundaries of what is deemed impossible.

Logitech has capitalized well on this with social impact and sustainability programs that tackle important social issues. Logitech embodies today’s modern technology landscape where business is made personal and to some extent, political. This is because technology is riding the tailwinds of personalization, and self-expression, a world where your headphones have come to define you. Logitech is dedicated to producing under high carbon neutrality standards and they have committed to incorporating post-consumer recycled plastics into their products. By the end of 2021, more than 50% of PC mice, and keyboards will be made with such plastics eliminating 11,000 tons of carbon per year. Their PRO X SUPERLIGHT mouse for example is certified carbon neutral.

One man’s trash is another man’s treasure...

Logitech has been very wise in its business practices lately, and it was already well positioned to achieve more success before the pandemic even arrived. However, Logitech should almost pay tribute to covid-19 because of how much it has benefited from work from home policies. Like we say, one man’s trash is another man’s treasure.

2020 saw close to $3B in net sales or a growth of 9% over 2019 levels, and net income surged 8% from the previous year. Gross margin broke a record at 38.4% driven by reduced production costs. PC peripherals saw a strong double-digit growth especially in video collaboration and gaming headsets. Video collaboration saw a growth of 41% while gaming and keyboards topped the list with the highest revenue figures in that order. Mobile speakers, audio and wearables saw a decline however, but only by a small figure as shown below. Americas saw a huge upswing in sales of 30% as work from home become mandatory while EMEA sales growth fell to 7% converging with an APAC sales growth of 5%, an improvement from quarter to quarter for this region. 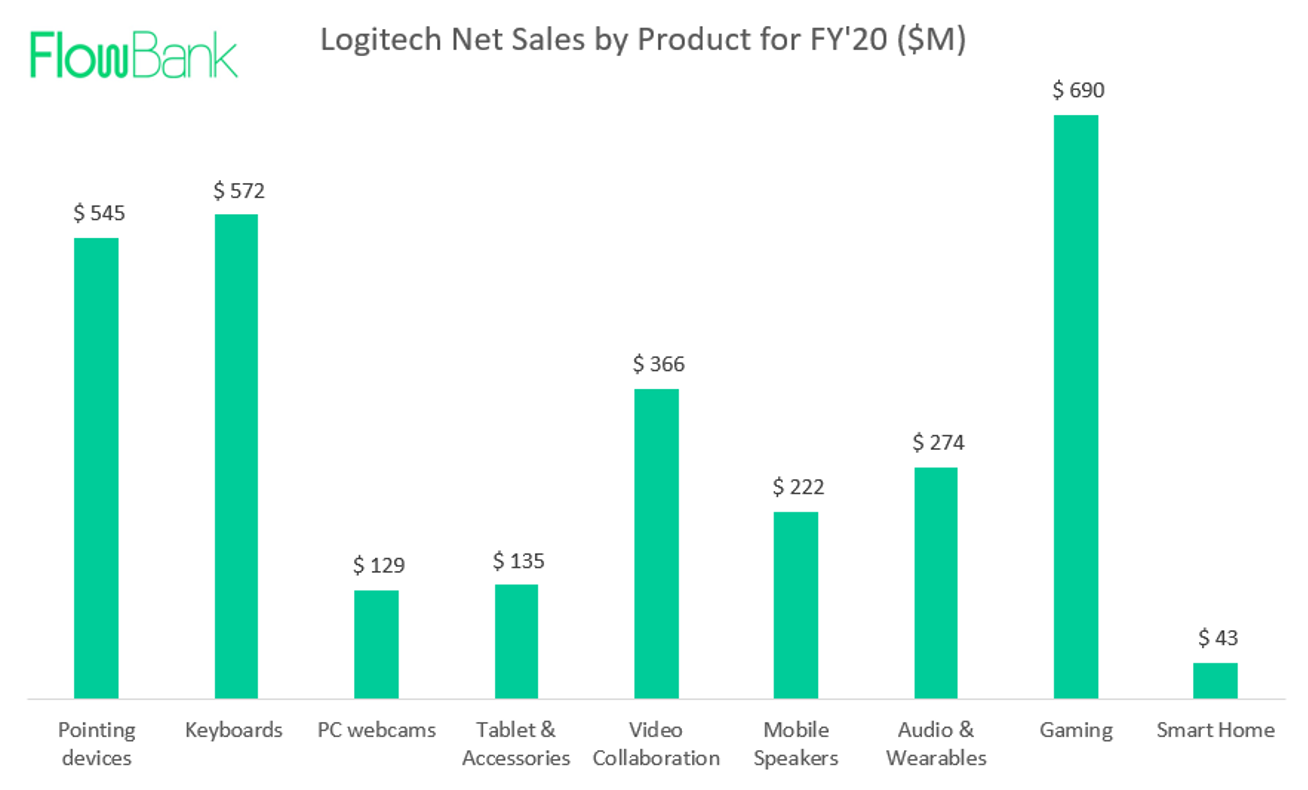 Logitech was already hinting at a fall before the March crash as indicated by a week February performance, but this was a short-lived and followed by what you saw above, namely, a strong recovery. The current stock price is at $115.40 with a market capitalization of $19.52B. It beat earnings all of 2020 and pays a dividend of $0.87 a share. One estimate of Logitech’s P/E ratio at BoA says their 18.1 figure is well below the 30.7 premium multiplier usually indulged by the industry average while other estimates position it closer to 21.2. This remains a strong P/E figure. Forecasts do indicate that 2021 might not be as strong a year for the company, as is true of many such examples. Firms that grew from pandemic derived sales, will surely face new problems going into the following cycle. This could, to say the least, have been the best year in the life of many consumer electronics companies (as showcased by Apple’s recent earnings). What do you think this says about the future stock price ? 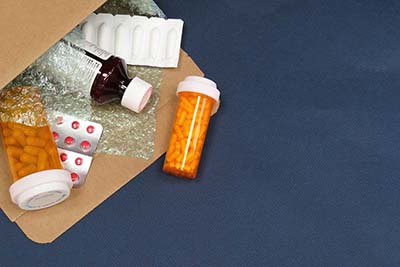 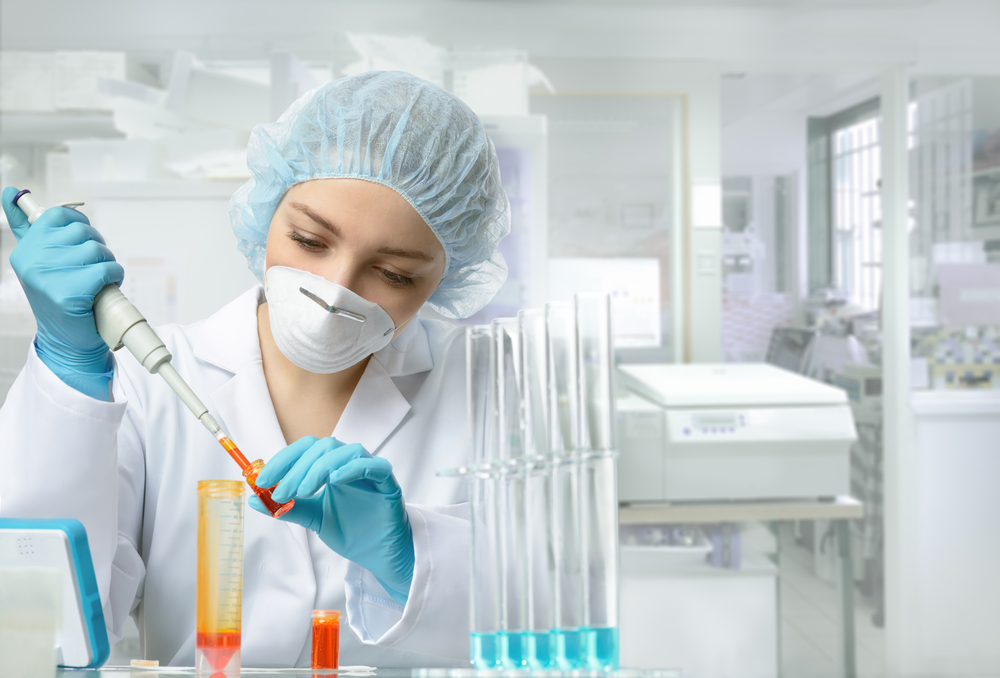 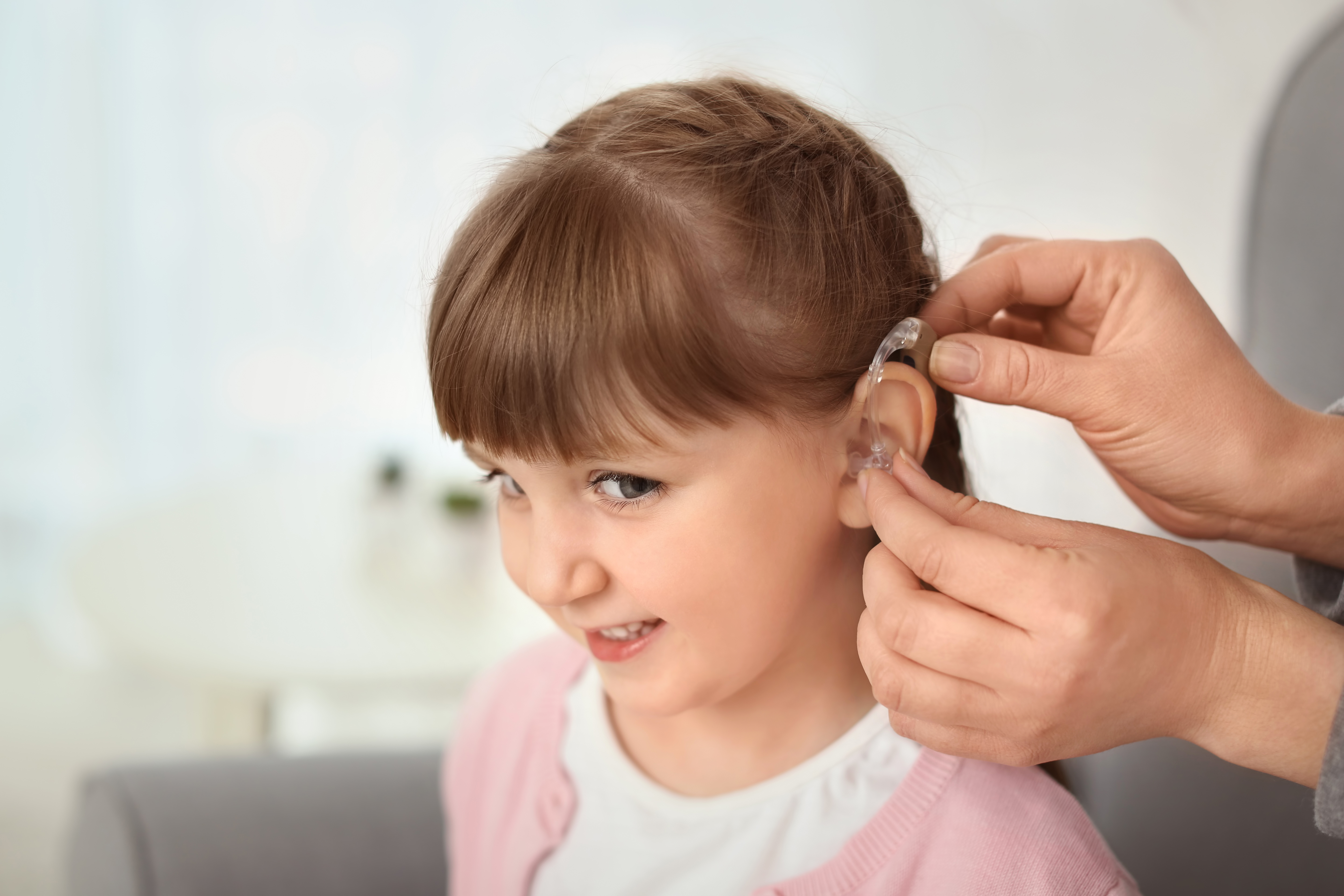