You may have heard about it because it is Swiss or backed by Leonardo DiCaprio. MindMaze offers a revolutionary way to treat patients with neurological conditions, with the help of videogame software. And it seems to be working very well.

Based in Lausanne and founded in 2012, MindMaze is basically building the future of healthcare. The company offers therapeutic virtual reality games to help patients who have partially or totally lost the ability to move parts of their body. Using over a decade of research, MindMaze leverages the fields of neuroscience, biosensing, engineering and artificial intelligence to enhance the recovery potential of patients, allowing them to re-learn lost mobility and adapt to their new situation.

The company offers a serious game-based medical software which is connected to the brain to help rewire the brain and the body. The therapeutic games aid patients suffering with neurological injuries and conditions, such as stroke, traumatic brain injury or even Parkinson’s disease. They were designed to offer a highly engaging experience which forces the patient to perform high intensity therapeutic movements which should, after many repetitions, lead to the restauration of the lost function.

"MindMaze's evidence-based interventions are leading an international paradigm shift in delivering novel, evidence-based therapies to patients for improved outcomes," said John Krakauer, Professor of Neurology at Johns Hopkins University School of Medicine, Director of the Center for the Study of Motor Learning and Brain Repair, and Chief Medical Advisor to MindMaze. "Importantly, MindMaze digital neurotherapeutic products are used across the continuum of care, from the hospital to home, offering patients a hybrid therapy program delivered through sessions in person and remotely that result in reduced therapy delivery costs and greater patient management and monitoring." 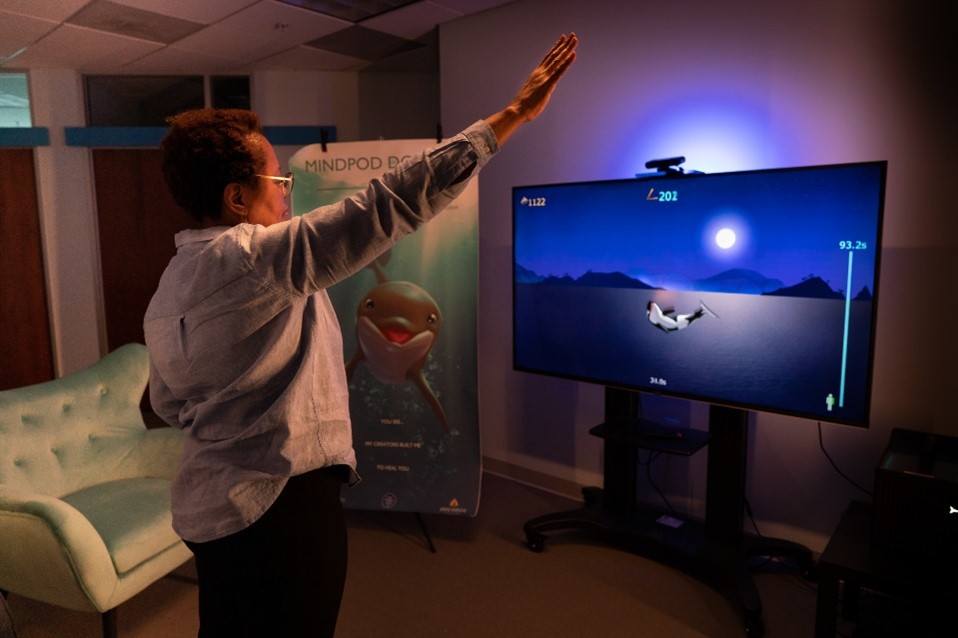 Talks of going public through a SPAC

The start-up is now considering a Nasdaq listing by merging with a special purpose acquisition company (SPAC), according to people close to the matter. It is now said that they are talking to investors with the goal of raising $100 million, which would value the company at more than $2 billion. MindMaze is currently working with CitiBank on the fundraising which could take the form of a private placement or bond offering.

The timing remains uncertain, but the listing could take place in late 2021 or in 2022, as the company is now in talks with several US SPACs.

As a reminder, special purpose acquisition companies raise money via the stock market and then merge with a privately held company, which then becomes a publicly traded company as a result. The merger must take place within two years, or the SPAC is dissolved, and money given back to investors.

While MindMaze posted revenues of less than $50 million last year and remains loss-making, it has very strong prospects with its solution, especially considering the silver economy (an ageing society).

The targeting of other diseases that are not yet easily curable makes it a very attractive partner for pharmacies and hospitals willing to adopt their virtual reality solution.

In fact, the healthcare pioneer has recently announced four new partnership agreements, which will bring MindMaze’s solution to Latin America, the Middle East, Spain, and Switzerland through agreements with Surgicorp, Alkholi, Guttmann Barcelona and Swiss Rehabilitation.

This could mark the beginning of a global expansion for the company’s solution that would pave the way for the future of brain repair worldwide.