The top 10 uses of blockchain technology

Surprise surprise, blockchain is not only about going all in on Dogecoin for a 500% profit or loosing all your life savings to CryptoKitties. There is more to it, far more to it.

When we talk about blockchain, many people stay stuck on cryptocurrencies, their speculative value and the way quick money can be made – or lost – through it. That’s not doing justice to the incredible technology that blockchain is. Indeed, present, and future developments might transform many industries and the way we operate in our economy.

The blockchain: a quick definition

Essentially, a blockchain is a massive database with a transparent access. It is a digital ledger where each transaction is recorded and distributed across an entire network. Each time a transaction is made, a block is added. This block is then recorded using an immutable cryptographic signature. If A gives $5 to B, the transaction will be written in both their records, as well as the records of C, D, E, and every user of the ledger.

As every body has access to the same ledger, it means that one block cannot easily be changed, because a change needs consensus from every user. If one block showed $4 instead of $5, it would be easy to check the millions of other blocks to see which is right. If a hacker wanted to corrupt the system, he would have to change every single block of the chain, across all the versions distributed to users – a hack so expensive to finance that the reward would seem unworthy the risk. This makes sure that the system is at the same time very transparent and secure.

So that’s the essentials of blockchain technology. But what on earth could we use that for? Many, many things: 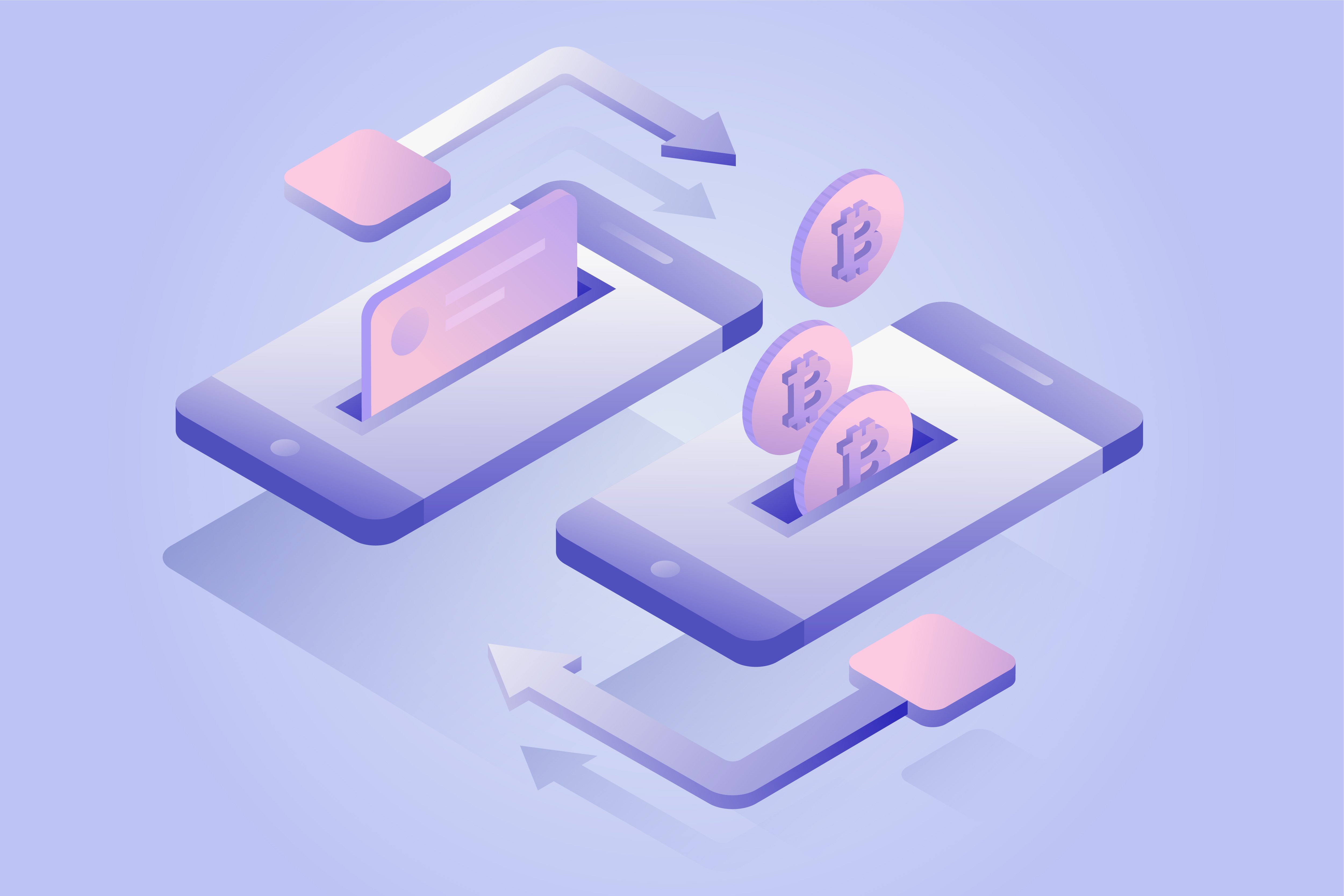 With Bitcoin at the head of the charge, Blockchain was quickly used as a method by which to transfer currency. Thanks to this technology that can settle transfers in a matter of seconds, money can be exchanged at an alarming speed with minimal costs. According to ComputerWorld, by eliminating bureaucratic intermediaries and reducing third-party fees, blockchain could save the largest banks $8-$12 billion a year.

Chainalysis is a company that built tools to help financial institutions monitor the exchange of cryptocurrencies. Their software can quickly detect fraudulent transactions and compliance violations and alert clients when an issue arises. Recent Mastercard acquisition CipherTrace is another example. 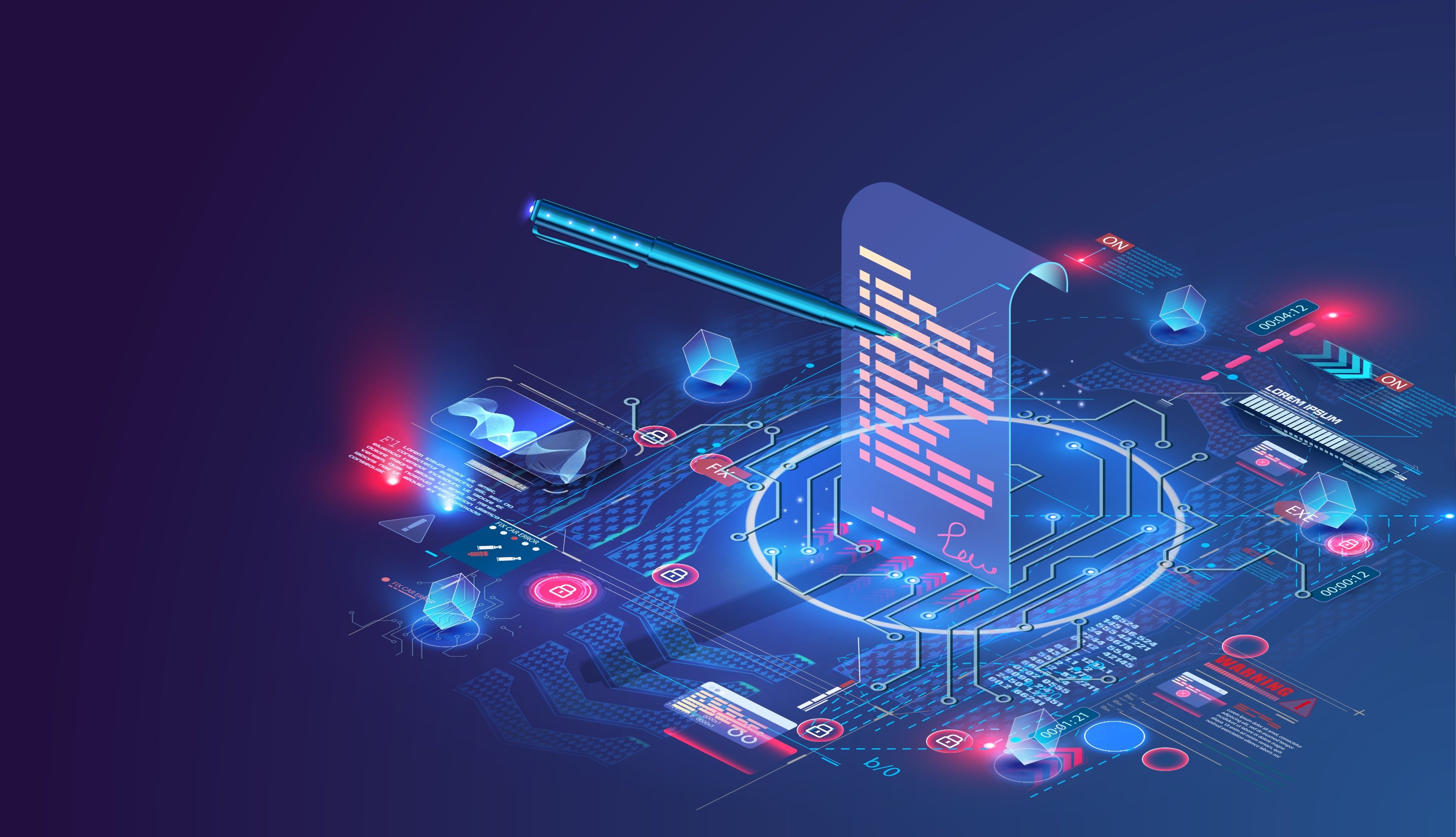 Smart contracts may be one of the most transformative features of the blockchain. They are like paper contracts, except that the rules are embed in computer codes, and enforced in real time on the blockchain.

In the case of a rental lease, imagine that a sum of money is custodied on a blockchain to pay for eventual damages. In a classical contract, there is the owner, the landlord and an arbitrary. Let’s say that reparations are needed, but that the renter does not want to pay for it. He will want his money while the landlord will want reparation. Now, let us say that both have a key unlocking the sum, and that a third key is given to the arbitrator. If we code the contract so that there needs to be at least 3 keys for the money to be distributed somewhere, the arbitrator can judge the damage and use his key in the right way, so that the money goes where it should without incurring additional legal fees or never-coming payments. 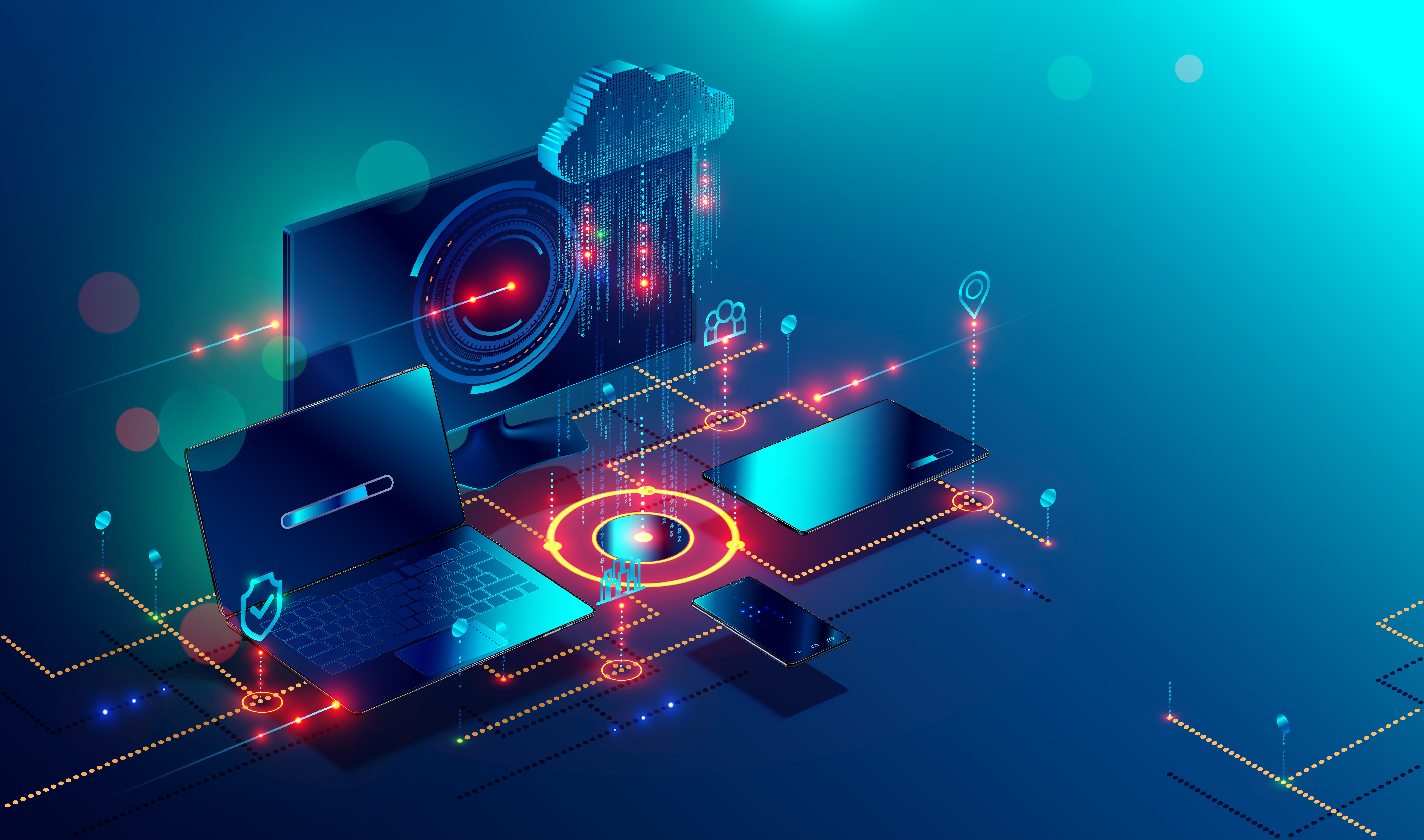 The Internet of Things (IoT) has millions of applications, with devices becoming increasingly more intelligent and connected. However, this is also an opportunity for hackers to steal your data, whether from your Alexa, fridge, or car. Adding blockchain technology to the formula makes sure that the data is kept safe and only accessible to the user or allowed third parties.

HYPR is a New-York based company that takes car of cybersecurity risks on IoT devices by using a decentralized credential solution. Using biometric solutions and taking passwords off a centralized server, it makes IoT devices virtually unhackable.

Believe it or not, proving your identity and keeping it to yourself can be a real issue. Millions of people are victims of identity thefts or fraud every year. But the issue is even larger: around the world, over 1 billion people face difficulties with the safekeeping of their identity. Having a way to create a ledger with a digital identity for every citizen of the world would empower users and offer access to, say, financial services to everyone. Keeping names, social security numbers and birth certificates on a decentralized ledger might give legal existence to many, and drastically reduce the number of identity abuses.

A good example is Evernym’s Sovrin identity ecosystem store individuals’ information and let them share it with whoever they want. They use a distributed ledger technology, making the information secure, and act as an intermediary between individual and identity seeking information.

Healthcare is perhaps one of the segments where the most inefficiencies can be cut. The offer of a secured data base with clear rules as to which information can be shared with whom could drastically speed up processes and reduce costs. For example, you could go to a different doctor that could have access to the necessary data in minutes, and he could in turn make sure that any pharmacy knows what they are allowed to give you for your disease.

As suggested above, one of the major issues with healthcare is the fragmentation of data across many providers and hospitals. Patientory proposes a solution in the form of an all-in-one medical record system backed by blockchain technology. This would make sure that the record is always complete and up to date, and accessible only to allowed individuals, whether they be the patients, doctors, pharmacists, or any required healthcare professional.

One of the greatest uses of the blockchain technology might lie in logistics. Indeed, one of the greatest pains of the trade is the lack of communication and transparency. There are hundreds of thousands of shipping companies in the world, creating bottlenecks and information losses all around. The blockchain could provide an accurate identification of items in the supply chain, removing any need for paper-based information transfers. Combined with the Internet of Things, it could follow every item while assessing its state and quality in real-time. Not only will it be safer, leaner, and more automated, it will by extent save billions of dollars for the industry.

Some major logistics companies like DHL have already made the switch into blockchain. They keep a digital ledger of shipments and record every transaction. The company is at the forefront of the blockchain adoption, ensuring more traceability, transparency, and a greater process automation.

Unless you lived in a cave last year, you surely have heard of non-fungible tokens, these unique digital items sold on the blockchain, ensuring that they cannot be copied. Thanks to the blockchain, users can buy original pieces of digital content (a painting, a piece of music, a collectible) and have a proof of ownership giving it commercial value.

NFTs give buyers the chance to own digital content, and this can go fetch high prices, such as the $69 million sale of Beeple’s The First 5000 Days at a Christie’s auction. There are now many marketplaces selling NFTs such as Dapper Labs or Candy. There are also many projects under development, such as NFT concert tickets which could impose a maximum price to battle black market or a fixed percentage going back to the artist or venue.

Some governments fear having control slip out of their grasp, but blockchain could help many states run in a smoother way. In addition to securing documents, improving bureaucratic efficiency, accountability and thus, financials burden, blockchain could also cut through millions of hours of inefficient work every year using smart contracts and a public transparent record.

Additionally, the technology could be applied for voting. How to entertain the thought of voting fraud when each vote is immutably written in the blockchain? Thanks to the token-based system on the blockchain, the “one vote per person” rule could be more easily enforceable. 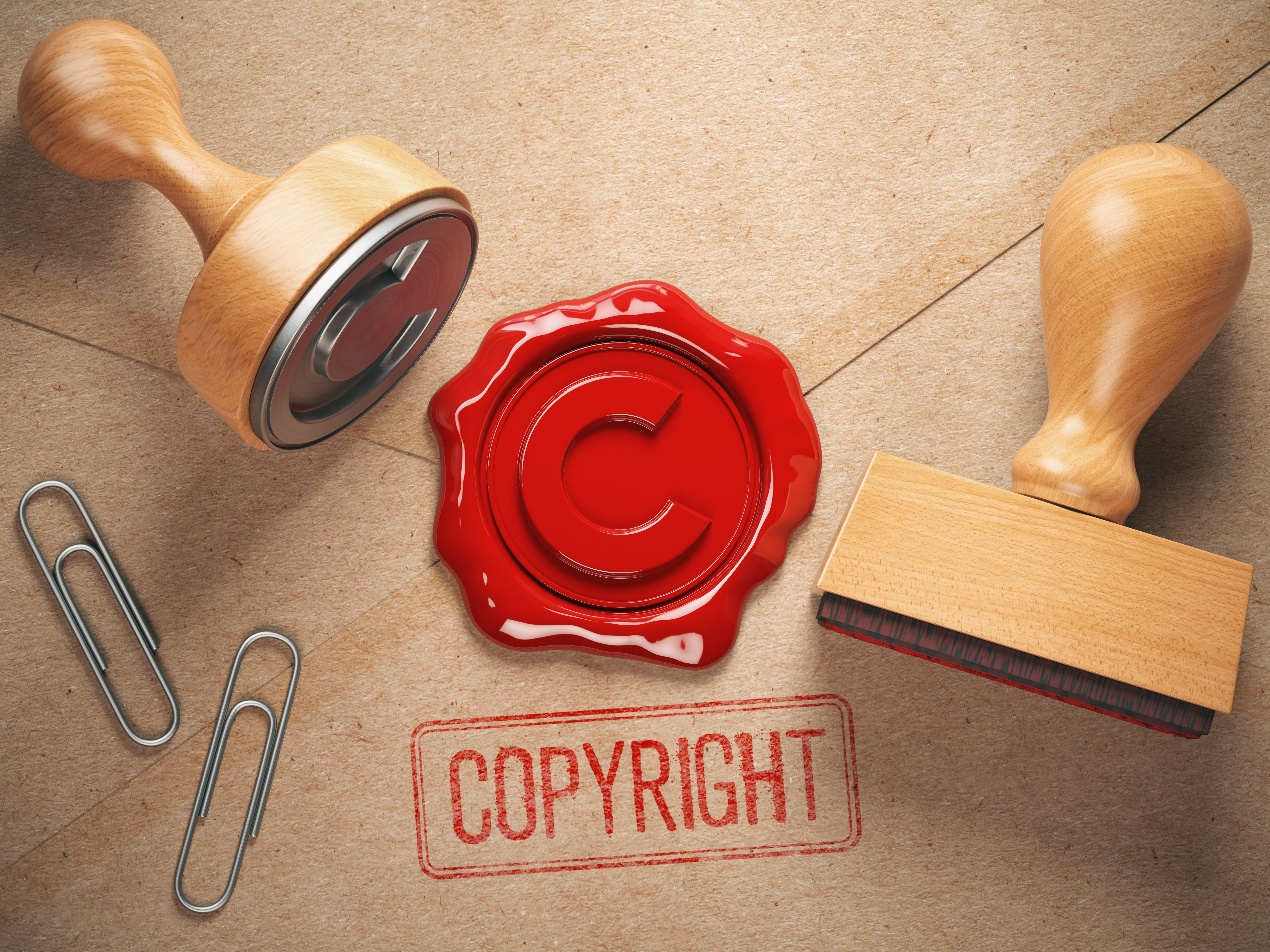 Today, is has become hard to enforce copyright protection on digital items like music and movies. Blockchain could be a good solution for digital content downloads to ensure that artists and content creators get their fair share. Making items unique and preventing them from existing in multiple places, protecting their ownership, could make piracy virtually impossible.

One example is Open Music Initiative, a non-profit Boston based company that created an open-source protocol to identify original creators and music rights holders. Trusting the data to the blockchain makes it easier for artists to be recognized for their work and paid accordingly.

Bitcoin was very heavily criticized for its power consumption, but what if I told you that we could also use the blockchain to save the planet? Not only are there new protocols planning to cut down emissions like RubiX, but many blockchain-based green projects are arising.

One great example is the start-up Single.Earth a company that creates income from trees without cutting them down. This may sound absurd but stick with me. Single.Earth is a digital platform that connects landowners with businesses, so that businesses have a chance to offset their carbon emissions and protect biodiversity by paying landowners to conserve their forests and wetlands. It is an indirect way for businesses to balance out their carbon footprint and eventually become “carbon neutral”. Single.Earth’s platform turns the environmental benefits that trees provide, such as absorbing CO2 and increasing biodiversity into a tradeable asset. This incentivizes landowners to protect the environment, while having a remuneration for doing so.