A preview of the news, earnings, and economic data to expect in the week ahead. This week includes the start of earnings season with big banks reporting Q3 results, Federal Reserve minutes as well as US and China inflation stats. The price of oil, which touched a 7-year high last week will likely continue to be a focus point for investors.

What happened this week 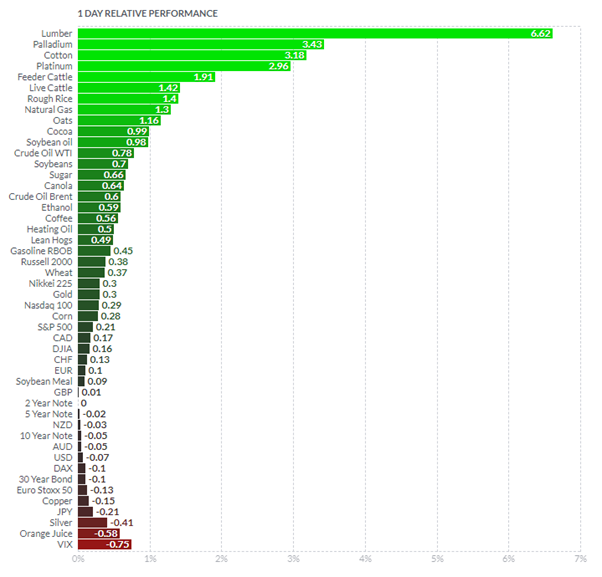 Stock market weakness early in the week was recouped by Friday, leaving US equity benchmarks green but basically flat. Bears have tried to push the S&P 500 down past its 5% pullback level around 4300 but with little success. Stocks in Europe were a touch weaker, while Asia saw something of a comeback as the Nikkei snapped out of a losing streak and there was some new interest in China tech stocks.

The strength in most commodities caused by fears of supply shortages continues to be a dominant theme. The price of oil led the charge when WTI crude oil hit a 7-year high at $80 per barrel but other more volatile commodities led by lumber saw bigger gains. Gold steadied above $1750 per oz and off its $1720 lows.

The dollar eased back from multi-month peaks as the fanfare after the last Fed meeting died down as traders look ahead to minutes this week. The oil-dependent CAD was a top FX riser, while the other majors including the EUR were soft and CHF saw modest haven demand.

Q3 earnings season is upon us, and equity analysts are expecting another big quarter. And that could be the problem. Have analysts turned too optimistic off the back of stunning double digit earnings growth in the previous two quarters? If yes, the 5% drop in the S&P 500 could turn to 10% in October but if not, then that might be the setup needed for a Santa rally.

The big US money-centre banks unofficially kick-off earnings season. Big names including JP Morgan, Bank of America, and Goldman Sachs report from Wednesday through Friday. Bank stocks have shown good relative strength, breaking out in September while broader US markets had their worst month since March 2020.

What did Powell and the other American central bankers say about tapering? It’s unlikely these minutes throw up any big surprises but there is a chance. Markets are assuming the Fed is on auto-pilot to tapering in November but at the last Fed meeting they did not explicitly say that. A few dovish comments from policymakers could throw open the November/December tapering debate.

Talk of inflation and perhaps even stagflation is becomingly increasingly common among economists, though there is not much sign of it through market pricing. Yields have been ticking higher but that is probably more front-running tapering than a re-pricing of what ‘temporary’ means.

US crude oil topping $80 per barrel has even caught the attention of the wider public. Does that mean a temporary top is in place? Energy prices did come off their highs on news Russia is willing to expand its supplies to Europe (with a few provisos). Goldman Sachs are still forecasting $90 by the end of the year.