The charts of major Chinese equity benchmarks are pointing to a new multi-year bull market.

It’s not hard to see the reason for the bullish attitude towards China equities. Expectations for this year are a rebound in global growth fuelled by government stimulus. China is leading the 2021 global growth story having apparently avoided a recession in 2020. The country now has the added tailwind of Donald Trump leaving the White House and taking his ‘America first’ policies with him.

We noted in October that Chinese stocks hit a record value as more money piled into the country in part because of friendly comments towards stock investment in Chinese state-controlled media. Even the ANT Group IPO fiasco has not been enough to detract from higher prices.

The following chart shows the flows into China from foreign investors – starting with the early growth rebound and more recently following the US presidential election. 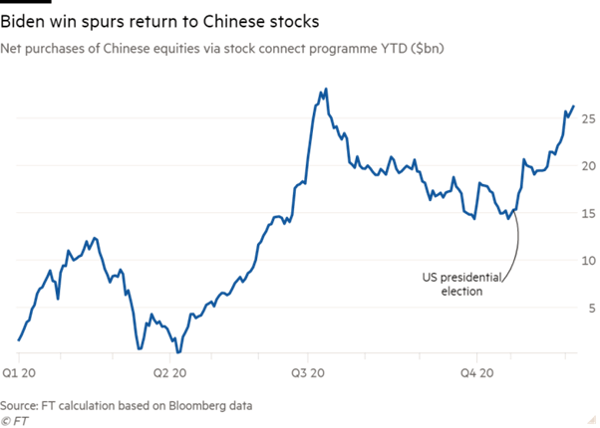 The most widely followed China-based equity indices are

A number of these indices are demonstrating technical breakouts that suggest a powerful new bull market could be emerging. 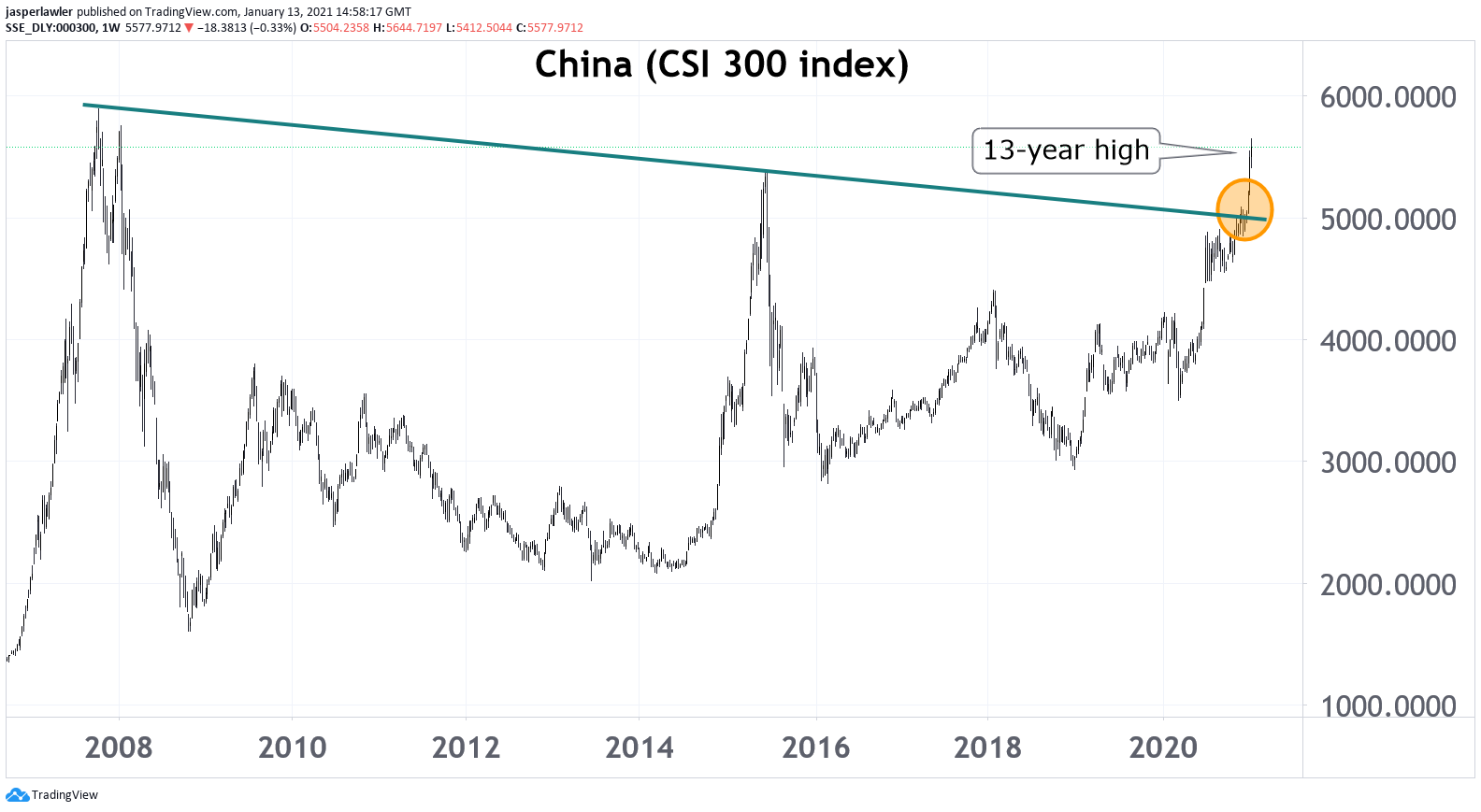 The CSI 300 has broken out to a 13-year high after taking out the big 5000 level and breaking out from a down-sloping trendline connecting the 2007 and 2015 highs. The next major barrier to overcome is the all-time high as well as the 6000 level. 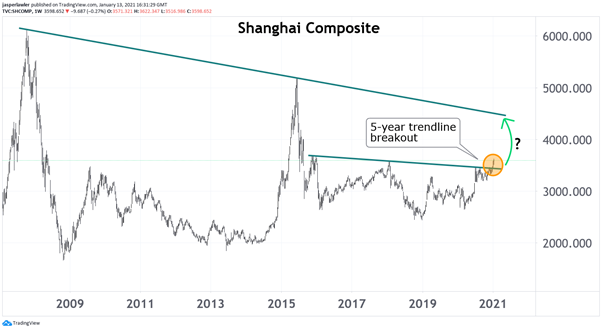 The Shanghai Composite as the poster child of the 2007 China stock boom is well below its record high. However, a breakout of a shorter-term down-trendline opens up a possible move back over 4000 and test of its long-term trendline connecting the 2007 and 2015 peaks. 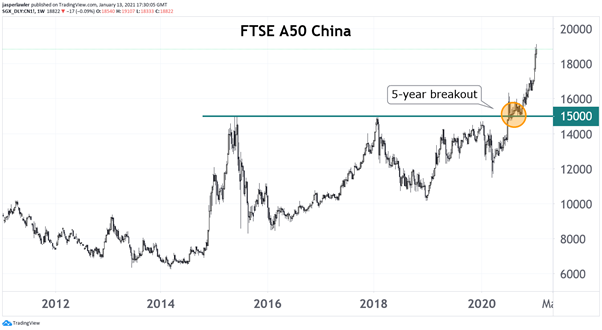 The A50 has surged since the March lows and is well into a fresh uptrend beyond the 5-year resistance at 15,000. The index is overbought and does not offer a compelling entry point at these levels.

The Shenzhen because of its high-growth components has been the top-riser with the sell-off in March offering a re-test of formerly broken trendline resistance. Any pullback from the big 10,000 level would offer better value than current levels. 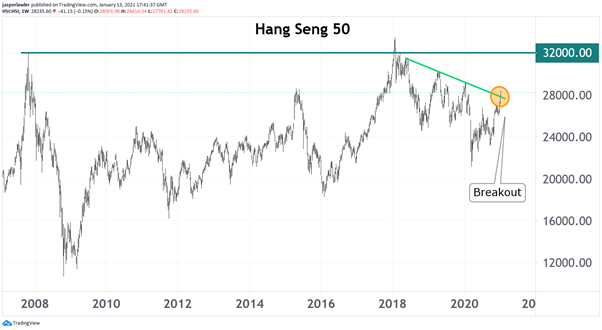 The Hang Seng index features Chinese and Hong-Kong based companies and has lagged mainland indices. However, the recent breakout from a 2-year downtrend could open up a test of 32,000 and record highs.

All of the major Chinese indices are breaking out, moving past major previous peaks. The opportunity presented is of course not one of buying low but buying into momentum that could be carrying these markets into a new bull market. The most recent breakouts have occurred in the Shanghai Composite and the Hang Seng, both of which could benefit from ‘catchup’ moves to the other benchmarks.