A jump in basic resource prices has seen the Aussie and Loonie at their highest in 2 years vs the dollar. Can commodity FX keep doing the heavy lifting?

After having crashed in March 2020 by amounts typically expected over the course of several years in foreign exchange markets, the Australian and Canadian dollar have erased all the losses and are now breaking out to the best levels since mid-2018.

3-year charts of the Australian dollar and Canadian dollar

The US dollar is falling across the board in forex markets. EUR/USD has broken above 1.20 and GBP/USD is on the cusp of breaking major resistance at 1.35. Such is the pessimism toward the dollar, the euro and the pound are rising against the dollar even as the Bank of England just upped its stimulus and ECB looks set to do so at its meeting next week. The overarching theme is that the Federal Reserve has committed to hold rates low for over two years, even as an economic recovery looks set to build with covid-19 vaccines now getting approved. The dollar was used as a source of liquidity in March and its scarcity for overseas borrowers sent the value soaring. Now the Fed is making US dollars abundant like never in recent memory. Now one fifth of the US money supply was created in the past year.

As any Econ 101 student will tell you, higher supply and lower demand means a lower price. In short, the Fed is printing a lot of dollars and there is less need for them as economic fortunes pick up after the pandemic.

Australia is on course for a strong rebound from its first recession in 30 years – if forecasts are to be believed. The rally in the Aussie has come even after the RBA cut interest rates to a record low of 0.1%, leaving no carry to be earned by holders of the currency. 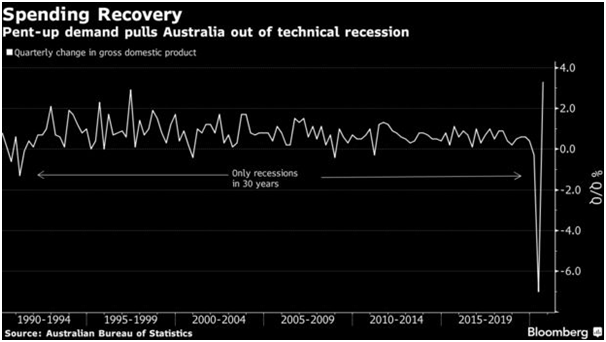 Australia is not without its problems, its relationship with China – the biggest consumer of its commodities looks strained. China has added tariffs on a number of Australia products including wine. But practically, China benefits from access to Australia commodities, which underpin the Aussie economy.

Canadian economic growth rocketed back in the third quarter, regained 40% of the lost output. The room to makeup means lots of growth potential through 2021. Its likely to be a rocky ride with new covid restrictions in place however the biggest economic package since WW2 in Canada is expected to kickstart growth once the economy reopens again with the help of a vaccine. 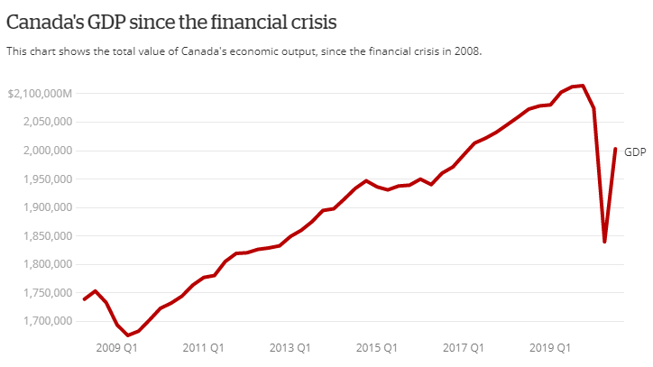 As we noted in our blog Copper hits 2-year high in new era and $50 oil coming soon? industrial metals and oil prices are breaking out.

The eventual recovery of the global economy promises a return of commodity demand. Not only that, but a huge increase in government spending towards infrastructure and the ‘green economy’ promises to kick off a new commodity super cycle.

There is still a lot of uncertainty around this outlook, principally because of all the unknowns around the pandemic and how it might morph into new problems. However, should this new boom in commodity currencies demand play out, the AUD and CAD currencies stand to benefit – and already are.